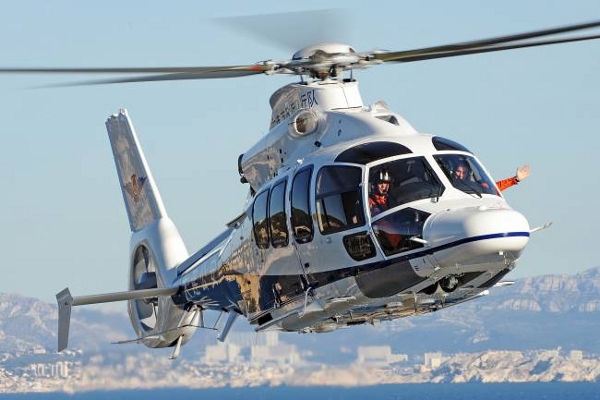 The H155 (formerly EC155 B1) helicopter from Airbus Helicopters has a maximum speed (VNE) of 324km/h and can fly at a fast cruise speed of 278km/h at an altitude of at 6,000ft. Efficient lift and the high top speed are attributed to its high efficiency profile. The four-axis auto pilot featured in the helicopter enables superior hover performance in extreme conditions.

The helicopter features a high set main rotor and a shrouded tail rotor, which ensure safe operations even on small and busy decks. It is ideal for VIP and corporate transportation, long-haul offshore and inter-rig shuttle transit, emergency medical services (EMS), search and rescue (SAR), and parapublic missions.

The H225 (formerly EC225) twin-turbine rotorcraft has a maximum speed of 324km/h. The helicopter is fitted with state-of-the-art avionics and auto-pilot systems proven across the Super Puma family.

Two powerful Turbomeca Makila 2A engines, a robust five-bladed main rotor and Spheriflex rotor head provide the H225 with long range and fast cruise speeds, as well as a long flight endurance of more than five hours and 38 minutes. 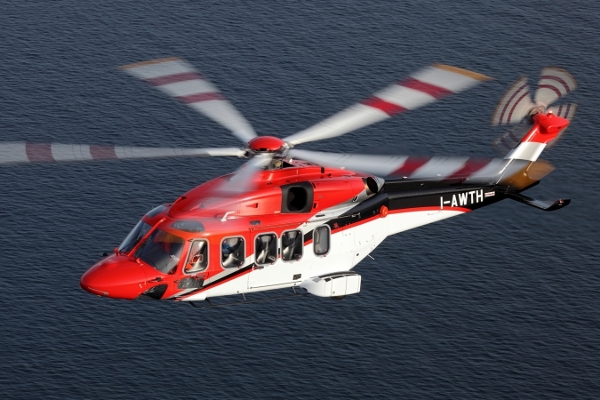 The AW189, the biggest of the AgustaWestland family of commercial helicopters, delivers best-in-class performance including maximum speed of 313km/h and maximum range in excess of 1,200km. Its cockpit incorporates an advanced, open-architecture avionics suite.

The 8.3/8.6t-class helicopter carries one or two pilots and up to 19 passengers. Two GE CT7-2E1 2,000shp class engines fitted with FADEC power allow for flight endurance of up to five hours.

An top speed of 311km/h makes the AW109 Power an ideal helicopter for emergency medical services (EMS). The multi-role helicopter is also suitable for government and commercial operators. 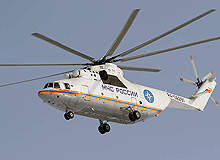 The AW109 Power supports single or dual pilot IFR flight missions and can carry one or two pilots and up to seven passengers. Its power-plant comprises either two Pratt & Whitney Canada PW206C engines or two Turbomeca Arrius 2K1 engines. The helicopter can attain a maximum range of 948km and has a flight endurance of approximately five hours. 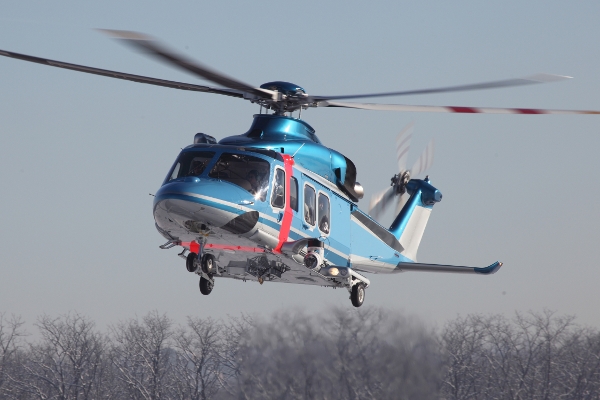 The AW139 medium twin-engine helicopter from AugustaWestland offers a maximum speed of 310km/h in addition to the class-leading power reserve and prominent power-to-weight ratio. It can be deployed in challenging multi-role operations under extreme hot-and-high or harsh conditions.

The Ka-62 medium helicopter produced by Russian Helicopters flies at speeds up to 308km/h. The multirole rotorcraft can perform cargo transportation, MEDEVAC and search and rescue operations, and is also used in the oil and gas industry. 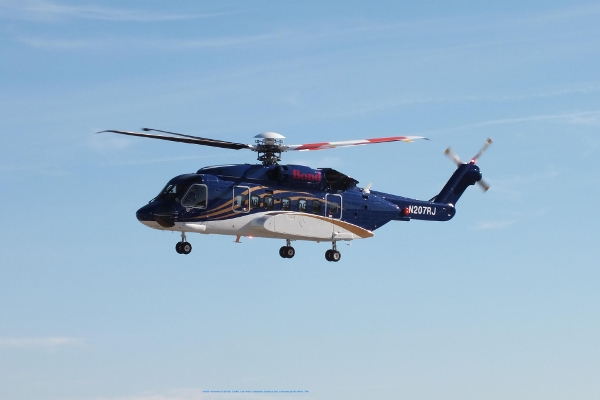 S-92, the most advanced Sikorsky civil helicopter, offers a maximum speed of 306km/h. The twin-engine helicopter meets the stringent safety requirements of the FAA and the EASA.

It is equipped with an advanced rotor system, and health and usage monitoring system ensuring high reliability. Two General Electric CT7-8A turbo-shaft engines delivering 5,040hp enable the helicopter to fly to a maximum range of 1,005km.

The H175 helicopter from Airbus Helicopters offers a maximum speed of 296km/h and an endurance of six hours. It carries 18 passengers in high density seating configuration, and offers best payload range-per-passenger among the medium-class helicopters.

The Helionix avionics suite and integrated four-axis autopilot aboard the H175 ensure the highest levels of safety and mission flexibility. The 7t-class helicopter is powered by PT6C67E engine, which is a latest offering from Pratt & Whitney Canada. 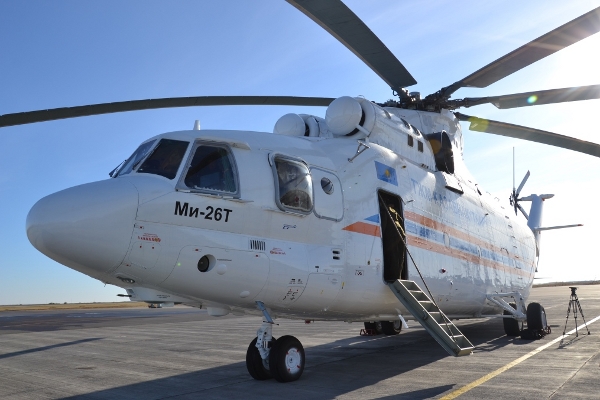 Mi-26T, one of the world’s best heavy-lift helicopters, offers a maximum speed of 295km/h and a cruise speed of 255km/h. It is used for transportation, evacuation and fire fighting missions.

The helicopter is powered by two Ivchenko-Progress D-136 engines, each rated at 11,400hp, and can carry 82 passengers, or up to 20t of cargo inside the cabin or on external sling. The power-plant ensures a maximum flight range of 800km.

Dhruv Advanced Light Helicopter (ALH), a twin engine, multi-role rotorcraft indigenously developed by Hindustan Aeronautics Limited (HAL), flies at speeds up to 295km/h. The 5.5t-class helicopter is offered in both skid and wheeled versions for civil as well as military customers.

The Dhruv ALH can carry two crew and 12 passengers and is powered by two Turbomeca TM 333-2B2 turbo-shaft engines, which develop 801kW of power each. It offers a maximum range of 640km and endurance of more than three hours.