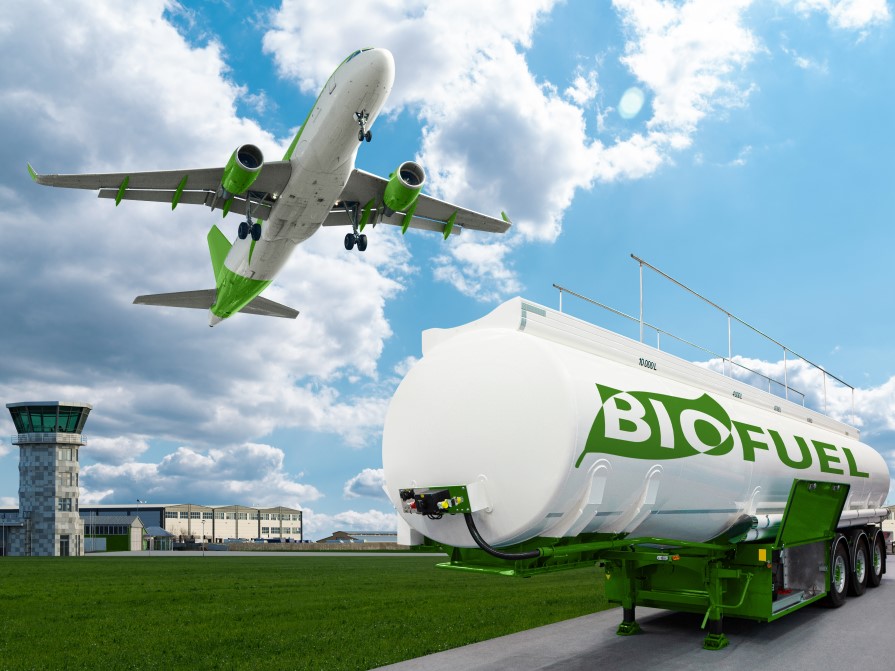 Current technology can be repurposed or modified minimally to use SAF. Credit: Scharfsinn on Shutterstock.

Derived from biomass, sustainable aviation fuel (SAF) use can result in an 80% drop in CO₂ emissions, as well as significantly less particulates and sulphur, in comparison to fossil fuel-derived kerosene. Under current regulations, most SAFs are certified for a blend of up to 50% with kerosene. Lack of suitable infrastructure and supply chains means the use of SAF accounts for less than 1% of flights globally, but environmental pressures faced by governments and the aviation industry look to change this.

According to GlobalData’s thematic report ‘ESG in Aerospace and Defense’, defence accounts for 50% of emissions made by the central Government in the UK. Therefore, to meet net-zero targets by 2050, there will be increasing pressure to reduce this. Whilst hydrogen and electric aircraft are both promising technologies, both are future technologies so they cannot be used to reduce current emissions. In contrast, SAF has already been in use for ten years. However, the heavy investment required has prevented its widespread use.

Rebecca Tearle, intern at GlobalData comments: “Success in the research into 100% SAF jet engines by companies like Airbus and Rolls-Royce can allow for SAF to maintain a strong position even with the introduction of hydrogen and electric aircraft, that need special storage tanks or batteries which add considerably to aircraft weight. It is also highly likely that current technology can be repurposed, or modified minimally, rather than requiring completely new infrastructure.

“Recent news of a £15m grant scheme run by Jet Zero Council UK looks to develop production at scale from everyday household waste is a step in the right direction. If properly invested in, SAF has huge potential to grow as it is the current solution to decrease aircraft emissions. Whilst electric and hydrogen aircraft will be a major turning point for the industry, such technology requires further development before it can be widely used. Emissions need to be cut, from both an ethical and economic standpoint, as governments tackle the climate crisis and will look to target big emitters.

“Looking to the future, it is likely SAF will have a place alongside both hydrogen and electric aircraft which is demonstrated by the research done into all three technologies by the major players in aircraft manufacturing. These three individual technologies will provide their own advantages, with aircraft of the future likely to have the fuel most suited to their application.”