X
Advertise with us
GlobalData 8 February 2022 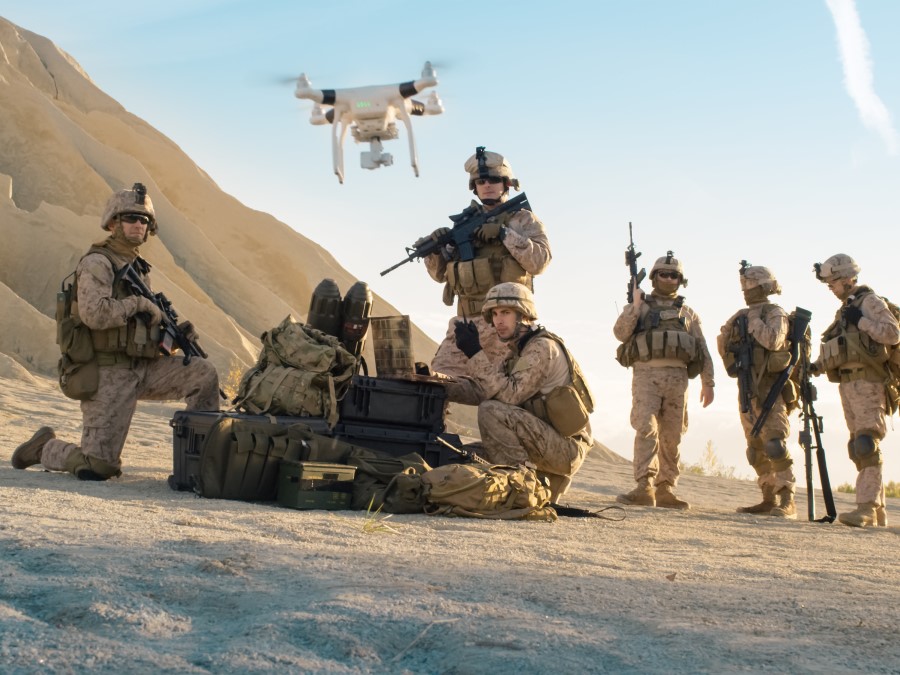 Whilst conducting a technical demonstration for the Royal Netherlands Army, Israeli defense firm Elbit Systems reinforced the strategic value of the manned-unmanned teaming (MUM-T) concept by demonstrating how autonomous swarm capabilities will have a transformative effect on future operations.

Tristan Sauer, land domain analyst at GlobalData, notes: “Although the concept of MUM-T has been employed with varying levels of success over the last two decades, the integration of artificial intelligence (AI) and machine learning capabilities would significantly enhance the viability and effectiveness of all joint formations in future operations. The US Department of Defense lists five levels of interoperability (LoI) which determine the amount of control and coordination a ‘manned’ operator exerts over unmanned platforms. These range from indirect reception of payload data (Level 1) to full control of the unmanned aircraft system (UAS) or unmanned ground vehicle (UGV) throughout the operation (Level 5). The current limitations of the MUM-T concept revolve around the LoI scale, as higher levels of control are typically associated with several detrimental factors, including sensory overload, task saturation and reduced situational awareness. However, Elbit has demonstrated that advances in AI technology will allow for enhanced autonomy and redundancy amongst future military unmanned platforms, thus drastically reducing both the logistical and cognitive burdens of MUM-T in future operations.”

“During a recent demonstration, Elbit Systems illustrated how robotic autonomous systems (RAS) technology would enable UAS and UGV swarms to conduct a range of different tasks, including navigation, reconnaissance, resupply and forward deployment of assets, with minimal oversight from human controllers. Using AI-enhanced navigation and target recognition software, both the THOR mini-UAS and PROBOT UGV can deploy, operate and return to base autonomously, thus reducing the workload of ‘manned’ elements and allowing them to shift their focus to other tasks. Elbit’s team also demonstrated how AI-enhanced UAS formations were capable of semi-autonomously deploying additional platforms or sensors in the field and consequently ‘growing’ their swarm organically.”

“The conceptually simplistic nature of this display belies the major implications this technology has for the future of the MUM-T operations concept, as the enhanced independence of autonomous or semi-autonomous platforms will gradually render the ‘man-in-the-loop’ obsolete, limiting the number of human operators required to conduct MUM-T and thus reducing logistical burdens, whilst also enhancing the formation’s survivability. Furthermore, by removing a degree of direct control over the individual UAS/UGV platforms, RAS and swarm technologies will provide the ‘manned’ elements with a greater degree of tactical and strategic control on the battlefield.”

“Indeed, by removing the need for a human to operate an unmanned platform’s navigation and target identification systems, the operator can then focus on more complex tasks such as relaying intelligence or coordinating manoeuvres with the other elements of a manned-unmanned unit formation. This is of particular importance within the land domain, as the application of MUM-T to military UGVs has been hampered by the fact current UGV platforms still require a significant level of human input when navigating complex terrain. As military organisations and defence contractors worldwide continue to invest in autonomous drone swarm technology, the ratio of manned to unmanned systems per MUM-T formation will likely decrease over time, as unmanned platforms become increasingly independent and reliable. Whether this trend will ever lead to the creation and deployment of entirely unmanned unit formations remains to be seen.”