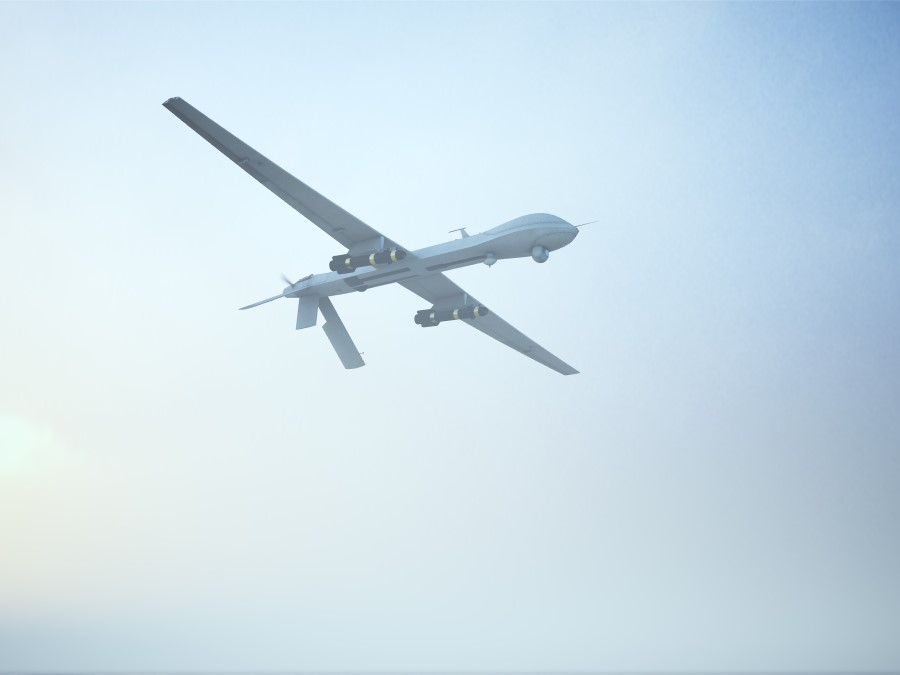 Loitering munitions are similar to drones, but are themselves the weapon. Credit: 80's Child / Shutterstock.

At the 2022 Singapore Airshow, on February 15, Israel Aerospace Industries (IAI) unveiled its latest model of loitering munition – the Harpy NG (New Generation). Loitering munitions are similar to drones, but are themselves the weapon; they fly to a target’s destination, loiter in the air searching and once a target is located it strikes – similar to a missile or conventional munition.

As well as loitering munitions, Israel has a significant vested interest in another type of unmanned aircraft: unmanned combat aerial vehicles (UCAVs). GlobalData reported that in 2021, Israel attained a 9% share of the global market in UCAV production. The global military UCAV market was valued by GlobalData at $8bn in 2021 and will grow at a CAGR of 8.26% to reach a value of $17.7bn by 2031.

The Nagorno-Karabakh conflict was a considerable success story

A critical war where UCAVs and loitering munitions were both defining features was the Nagorno-Karabakh conflict in 2020, between Armenia and Azerbaijan over the disputed region of Nagorno-Karabakh.

TB2s (UCAVs) and Harops (loitering munitions) – which Azerbaijan had acquired from Turkey and Israel – were hailed as key assets to its Azeri forces. Using the Harop system, they were able to conduct strike missions against Armenian anti-air systems. This then allowed UCAVs to conduct strike missions against artillery and armoured vehicles without the threat of being shot down.

IAI declares that its new model of loitering munition is ‘designed to counter the newer types of air defence radar threats’. This is increasingly important due to the move in defence towards a phenomenon called the Internet of Military Things (IoMT). This describes the use of connected sensors, radars and actuators to control and monitor the environment, the things that move within it and the people that act within it. All these sensors are used in conjunction to acquire full situational awareness and control over diverse conflict zones and battle areas.

In a press release, the IAI announced that the new features on the Harpy NG will counter newer types of air defence radar threats by covering a wider frequency band. It also uses the airframe of the Harop, which is more advanced. This is claimed to ‘enable better flying characteristics’, which include a longer loiter time, extended range, higher altitude, as well as commonality in maintenance and training.

Although some countries are wary, the tech has potential

Collin Koh, a research fellow at Singapore’s Institute of Defence and Strategic Studies told Reuters that ‘Although no major drone deals were announced at the show [Singapore Airshow 2022], as countries recover slowly from the economic woes brought by Covid-19, some of their military spending will surely go toward unmanned systems’ and that ‘there is certainly growing interest’.

Some countries may be initially deterred from purchasing this weaponry, as it can look provocative to their neighbours. However, the past success of similar models, together with these new features, gives this new model potential to thrive.