X
Advertise with us
GlobalData 16 August 2022 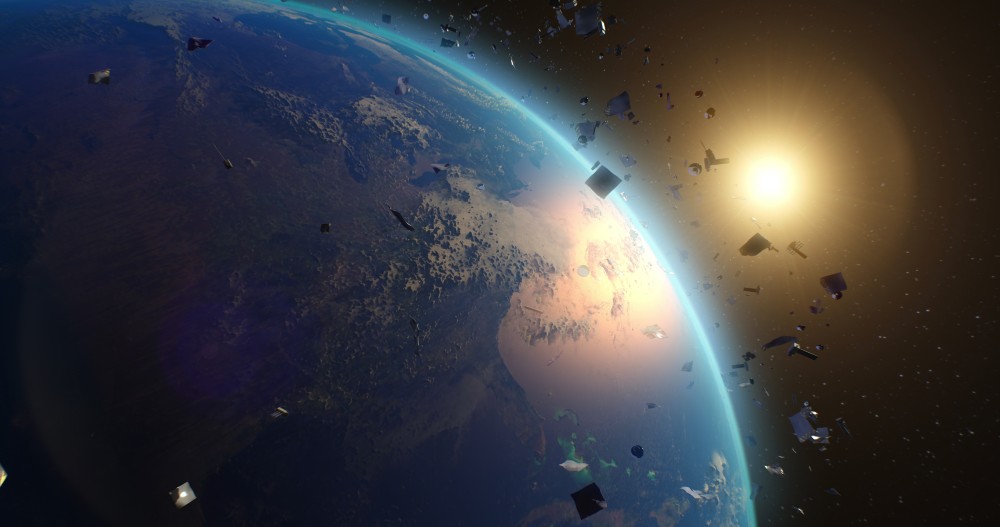 It is necessary to build international consensus that platforms which target orbital platforms should be prohibited. Credit: Frame Stock Footage / Shutterstock.

In early August, it was reported that SpaceX’s Starlink satellites had been beset by squalls of space debris, primarily taking place near the orbital location of the now destroyed Cosmos 1408 satellite. The Cosmos 1408 satellite was destroyed in November 2021, when a Russian direct-ascent ASAT weapon was tested on the Soviet-era satellite. Reportedly, an A-235/ PL-19 Nudol missile was launched into Low Earth Orbit from Plesetsk Cosmodrone, destroying the 1,750kg satellite into thousands of pieces. This explosion has now formed an expanding cloud of debris which is affecting and threatening operational satellites and stations. Around 841 Starlink satellites were involved in more than 6,000 close approaches (less than 10km) as they passed close to the former orbit of Cosmos 1408. Whilst it must be noted that Russia is not the only country which has tested ASAT, with the US, China and India also in that select club, the incident underscores a long-standing and as yet unremedied status quo on the issue of AAT regulation and space debris management more broadly.

It is important that observers not conclude that as SpaceX’s satellites avoided collisions, the threat from ASAT-related space debris is not considerable. SpaceX’s satellites are among some of the best equipped and most prepared to manage such threats, being empowered by an autonomous collision avoidance manoeuvre system. This system, long touted by SpaceX, allows StarLink satellites to automatically detect and avoid incoming threats. However, the satellites of other companies are not as prepared and lack such systems and so would be forced to manually navigate through these squalls. This would be a technically challenging undertaking. It is possible that, in the absence of ASAT-testing regulation, systems such as SpaceX’s will be an essential component of constellations going forward – the norm rather than the exception. Such a change in the industry would drive the costs of mass constellations up, potentially impacting smaller competitors to companies such as SpaceX and Amazon and limiting the ability of new firms to enter the market. It must also be noted that the impact of ASAT-related space debris being experienced currently is merely those derived from relatively limited testing exercises. In the event that ASAT weapons are used, they will likely be deployed on a much larger scale, meaning that the levels of space debris being experienced would be on a qualitatively higher level. It remains to be seen whether the space environment collectively could survive such an event as one which can feasibly be accessed and exploited, even with enhancements such as artificial intelligence (AI)-empowered collision avoidance software.

Given the risks derived from ASAT-related space debris, an examination of international space law is required. Currently, international conduct in space is governed by Treaty on Principles Governing the Activities of States in the Exploration and Use of Outer Space. The treaty is directed at establishing provisions which will allow and enforce peaceful conduct in space. However, it could be argued that current provisions which address damage to outer space platforms presuppose peaceful conduct and neglect to prohibit aggressive action against satellites. Article VII establishes that states are liable for the damage caused by objects launched from their territory or facilities. In a hypothetical context where such weapons will be used, such provisions are very unlikely to sway states against using ASAT capabilities. In order to eliminate the chance of this scenario emerging in the future, it is instead necessary to build an international consensus that platforms which target orbital platforms should be prohibited.

Additionally, it could be argued that there is some ambiguity in the treaty. For example, Article IV attempts to prevent the weaponisation of space, preventing the installation of orbital weapons through the language “States Parties to the Treaty undertake not to place in orbit around the earth any objects carrying nuclear weapons or any other kinds of weapons of mass destruction, install such weapons on celestial bodies, or station such weapons in outer space in any other manner.” However, what constitutes a ‘weapon of mass destruction’ is not established. Furthermore, it could be argued that at the time of writing (1967), the importance of space-based systems to both national security and the global economy could not be foreseen. As such, the treaty reflects the Cold War spirit at the time of writing in that it primarily is targeted at preventing orbital stations from being used as launch platforms for WMDs. It neglects to a certain extent to govern aggressive actions between orbital platforms or ground-based attacks against such platforms. Given the scorched earth effect a large-scale ASAT attack would have on the orbital environment, this omission is increasingly glaring and requires addressing.