Range With Pilot and Four Passengers 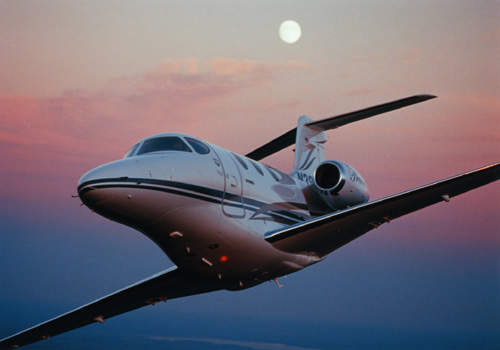 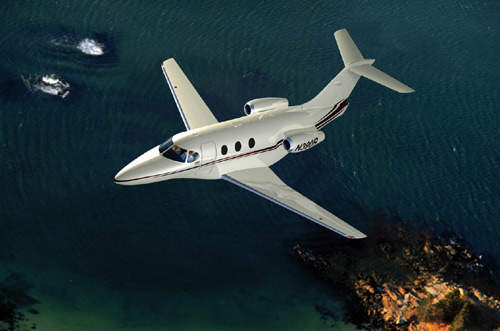 The Premier 1 aircraft features a composite fuselage for superior strength and less weight and swept metal wings for greater speed. 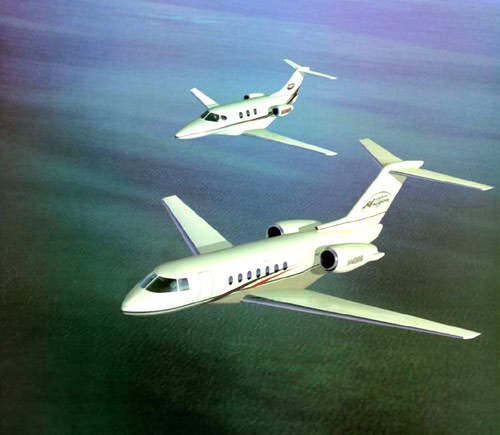 The Premier 1 with the Hawker 4000 (previously known as the Hawker Horizon) in the foreground. 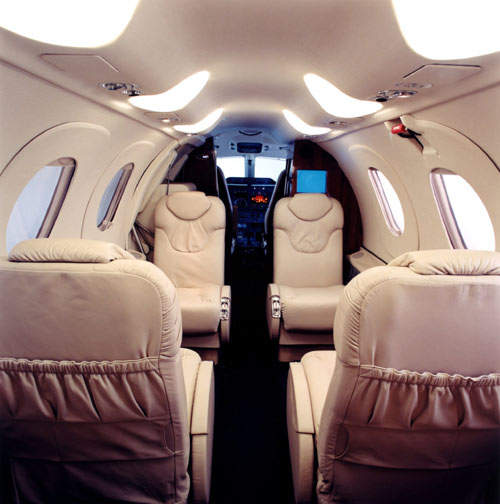 The interior of the Premier 1 has four club-style seats and two fixed seats at the rear. 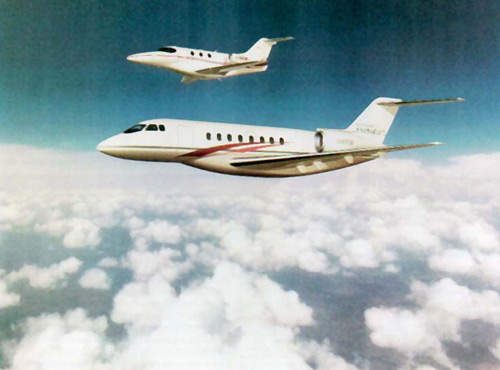 The six-passenger entry-level Premier 1, shown alongside the Hawker 4000 (previously known as the Hawker Horizon - foreground). 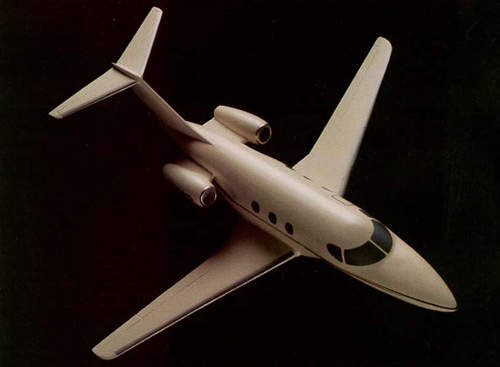 The Premier 1 has a cruise speed of more than 520mph.

The Raytheon Aircraft Company based in Wichita, Kansas, started the design of the Premier 1 light business jet in 1994 and announced the launch of the new aircraft in 1995. The aircraft completed its first flight in 1998.

Raytheon gained over 200 orders for the Premier 1 from customers in 26 countries by 1999, before the aircraft was submitted for FAA approval.

For its size, the Premier 1 is very light (basic operating weight 3,627kg) and features a composite fuselage for superior strength and less weight and swept metal wings for greater speed. The composite fuselage also provides a larger cabin size, accommodating eight people including the pilot.

In May 2005, Raytheon announced an upgrade, the Premier IA, which received certification in October 2005. The aircraft has an improved interior, seating and avionics suite and ‘acoustical liner’ to reduce cabin noise levels.

The fuselage is built without internal frames and is of graphite and epoxy laminate and honeycomb composite construction. The engines are rear mounted.

The swept back aluminium alloy wings are set below the fuselage which gives the aircraft a large cabin space relative to the overall length of the aircraft. The tail plane is also of swept back design.

The elimination of the internal frames in the design of the fuselage increases the available cabin volume by nearly 15% and reduces the weight by about 20% in comparison to a conventional alloy construction.

Ice detectors mounted in the nose of the aircraft activate the aircraft’s de-icing systems. The wing leading edges and the inlets of the engine nacelles are fitted with an engine air bleed anti-icing system. Electromagnetic expulsion de-icing (EMNEDI) protects the leading edges of the tailplane. The windscreens are electrically heated.

The cockpit is fitted with dual controls. The aircraft can be flown by a pilot and co-pilot or by a single pilot.

A maintenance and diagnostics computer MDC-3000 is installed on the aircraft.

The communications system consists of dual Rockwell Collins VHF-422A transmitter/receivers with a transponder, type TR-94 Mode S, a DB438 audio system and a CL-23 navigation and communications tuner. The cabin is fitted with a pager with four speakers.

“The Premier 1 is fitted with duel controls, it can be flown by a pilot and co-pilot or by a single pilot.”

The 4.11m-long, heated and air-conditioned cabin can accommodate six passengers, with four club-style seats and two fixed seats at the rear of the cabin.

A cabin noise reduction upgrade, installed from 2003, has reduced cabin noise by 3dBA to 5dBA.

The aircraft has two Williams FJ 44-2A turbofan engines each delivering 10.23kN. The engines are rear mounted.

The aircraft has both gravity and pressure refuelling. The aircraft carries a usable fuel load of 2,059l in integral wing tanks that fill the entire internal volume of the wings.

The electrical system consists of two starter generators, a lead-acid battery and a standby battery. There is also an external power unit.

The upgraded Premier 1A includes a pilot ‘lift dump on demand’ control for improved landing performance and an improved hydraulic brake with anti-skid system.