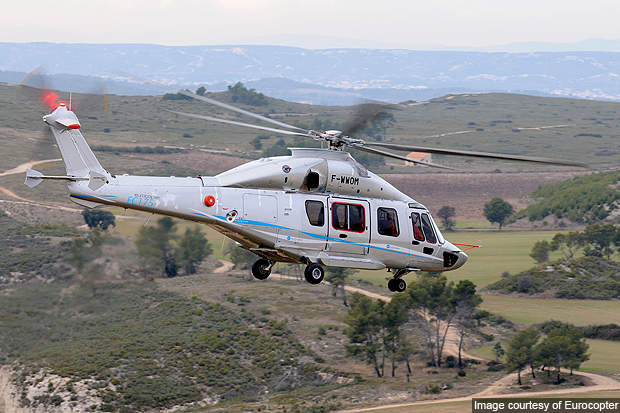 EC175 is designed and built jointly by Eurocopter and HAIG. 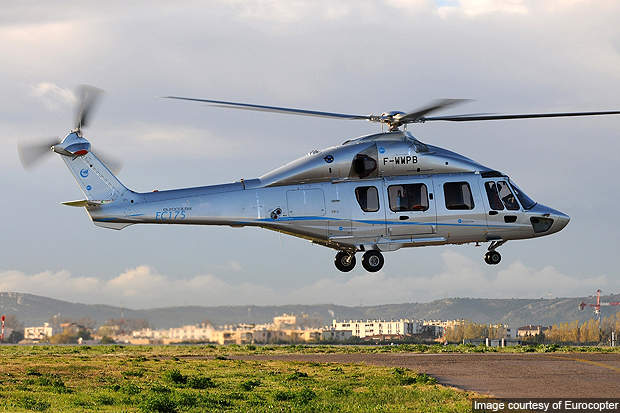 EC175 is designed to execute both military and civil operations. 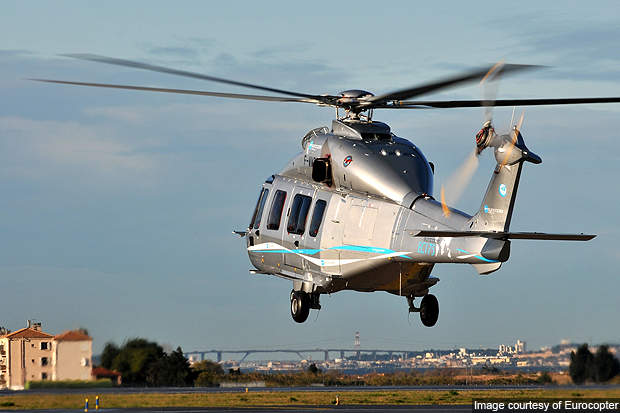 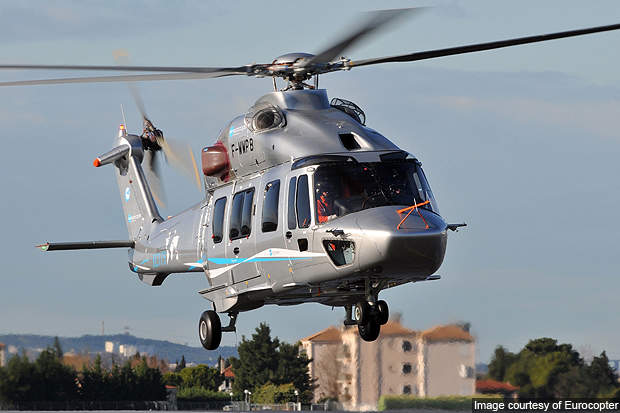 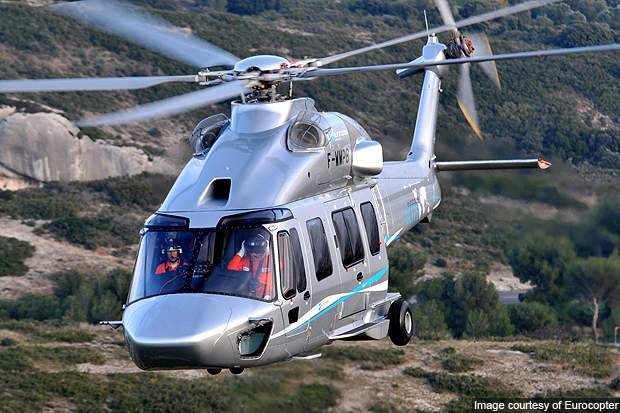 The helicopter has a cruise speed of 285km/h.

The Eurocopter EC175 is a twin engine, medium utility helicopter designed and manufactured jointly by Eurocopter (now Airbus Helicopters) and the Harbin Aviation Industry Group (HAIG) of China. The Chinese version of EC175 is designated as Z-15. Eurocopter launched executive and VIP variants of the EC175 helicopter in May 2013.

A cooperation agreement for developing the EC175 was signed in October 2004 during President Chirac’s official visit to China. A contract to build the helicopter was awarded in December 2005. The EC175 development started in 2006 and the helicopter was built through a customer advisory team (CAT) procedure.

The development of EC175 was implemented through a 50/50 joint venture, with separate assembly lines in France and China. Eurocopter will design and develop the main gearbox, tail rotor, avionics, autopilot system, hydraulics, electricals, doors and transparencies for the first two prototypes.

The EC175 was certified for two-pilot instrument flight rules (IFR) and a single-pilot visual flight rules (VFR) operations. The helicopter received the type certification from the EASA in 2014.

Eurocopter received 111 orders for EC175 from 13 customers in 2008. A letter of intent for five Z-15s was signed between HAIG and Chinese Longken General Aviation Corporation during the Zhuhai Air Show in November 2008.

NHV was handed over the first two helicopters in December 2014.

Design and features of  EC175 helicopter

The Eurocopter EC175 has been designed to execute both military and civil operations. The preliminary design review of the helicopter was completed on 5 December 2006. The critical design review was approved exactly a year later.

The EC175 is fitted with a five-bladed Spheriflex main rotor and a three-bladed tail rotor. These blades decrease the vibrations and noise while improving the lift and speed of the helicopter.

The EC175 has eight large jettisonable windows, two passenger doors, a flat door and two cockpit doors. The helicopter is fitted with four standard fuel tanks which can carry 2,300l.

An additional auxiliary fuel tank under the cabin floor can carry more than 90l of fuel during long range missions. The de-clutch capacity of the helicopter provides auxiliary power unit (APU) benefits.

AD Aerospace provided a tail-mounted camera system to Eurocopter as part of a contract signed in December 2010.

The avionics systems are integrated with full authority digital engine control (FADEC) to decrease the workload of the pilot and improve pilot precision even in robust weather conditions.

The EC175 features a spacious and comfortable cabin with plenty of space for passengers onboard. The cabin can be accessed through wide sliding doors fitted on either side of the fuselage. It can accommodate 16 passengers.

The helicopter is powered by two Pratt & Whitney Canada PT6C-67E turbine engines. Each engine can produce 1,325kW of output power.It is fitted with a multi-stage axial and single-stage centrifugal compressor, a reverse flow combustor and a single-stage compressor turbine.

The Eurocopter EC175 can fly at a maximum speed of 315km/h. Its cruise speed is 285km/h. The range and service ceiling of the helicopter are 740km and 6,000m respectively.

The helicopter weighs around 2,038kg and its maximum take-off weight is 7,000kg.