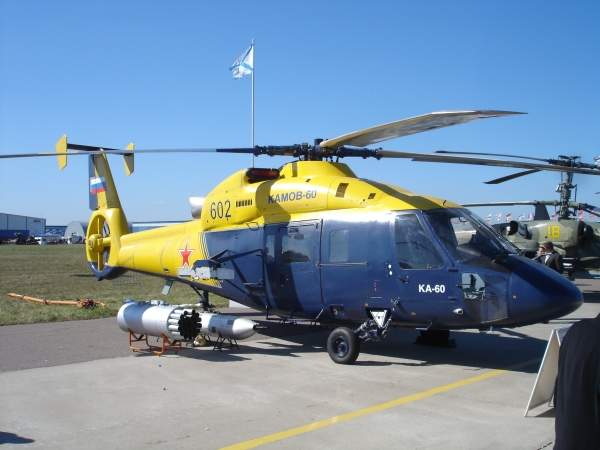 The Kamov Ka-60 is the base model for the development of the Ka-62 aircraft. Credit: Ajvol. 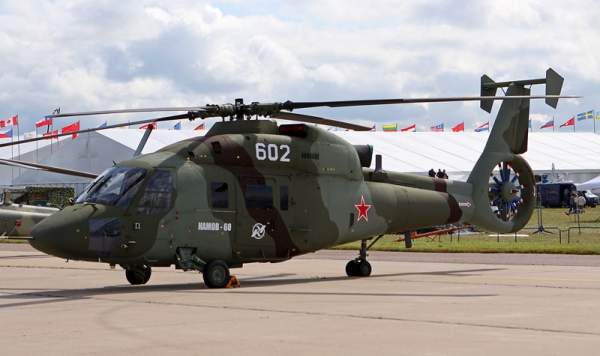 The Kamov Ka-60 is a military aircraft. Credit: Ajvol. 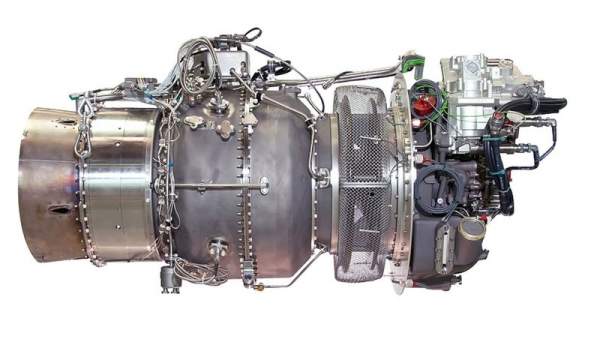 The Ka-62 is a twin-engine medium utility helicopter manufactured by the Kamov Design Bureau of Russia. It can carry out passenger and cargo transportation, medical evacuation, search and rescue (SAR), ice reconnaissance, oil and gas pipeline maintenance, and highway patrolling missions.

The helicopter is derived from its predecessor, the Ka-60 military aircraft. The first Ka-62 prototype completed its maiden flight in April 2016.

Variants of the Kamov Ka-62 aircraft

An advanced version of the aircraft, the Ka-62M, was planned to be built at Komsomolsk by KnAAPO for export to foreign countries. It would feature two 1,212kW GE T700 or CT7-2D1 turboshaft engines driven by a five-bladed main rotor, and avionics supplied by Aviapribor.

Orders and deliveries of the twin-engine medium utility helicopter

The Turkish Ministry of Public Health announced its plan in April 2001 to procure six Ka-62s at a cost of $31.5m, for executing air ambulance missions. A total of 200 Ka-62s were ordered by India in June 2007.

Design of the passenger and cargo transport aircraft

“The Ka-62 is a twin-engine medium utility helicopter manufactured by the Kamov Design Bureau.”

The aerodynamic design of the fuselage enables the helicopter to be highly resistant to angles of attack. Approximately 60% of the airframe is made up of polymeric composite materials.

A large forward-sliding door is fitted on either side of the flight deck. There are small rearward attached doors on both sides of the cabin.

Flight deck of the Kamov Ka-62

The all-digital glass cockpit of the Ka-62 accommodates two crew members. The spacious cabin of the Ka-62 is 3.4m long, 1.7m wide, and 1.3m high. It can carry 14 passengers in four rows or 2,500kg of freight. The aircraft includes a 2.16m³ baggage compartment for passengers.

The cabin can carry cargo pallets or bulk cargo on an external sling when deployed as a freight carrier. The helicopter can be easily reconfigured to carry a stretcher and cargo tie-downs.

It will also be available in VIP configuration with five to nine seats and a refreshment bar.

The Ka-62 is powered by two Turbomeca Ardiden 3G turboshaft engines rated at 1,306kW of output power each. It was initially powered by an NPO Saturn RD-600V turboshaft engine rated at 969kW of power, but the engine was replaced due to high fuel consumption and troubles with the gearbox.

“The helicopter is derived from its predecessor, the Ka-60 military aircraft.”

In April 2011, Turbomeca was contracted to supply a 308 Ardiden 3G turboshaft engine for installation in the Ka-62.

Turbomeca obtained its first fixed firm order from Russian Helicopters in May 2011 to build and deliver 40 Ardiden 3G engines under the existing 308 engine supply contract.

The Ka-62 has a tricycle type retractable landing gear fitted with a single KT-217 main wheel and twin rear wheels. The main wheel retracts inwards into the fuselage while the rear wheels retract into the tailboom. It also houses shock absorber units and optional blow-up pontoons for deployment in water during emergencies.