X
Advertise with us
Praveen 26 November 2014 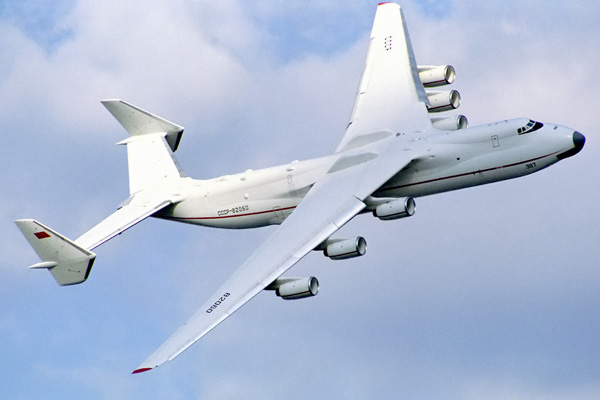 The H-4 Hercules, also known as Spruce Goose, only made one flight in 1947 and had a wing span of 97.51m and a length of 66.65m, six times larger than any aircraft of its time. The aircraft still holds the Guinness World Record for largest aircraft by wingspan.

The aircraft, built by Hughes Aircraft, made only one flight on 2 November 1947 and never took into skies again. Also referred to as the Flying Boat, the 180t aircraft wass made of laminated wood due to wartime limitations on the use of aluminium. The eight-engine aircraft was designed to transport 750 infantrymen or two Sherman tanks. A H-4 Hercules is currently on display at Evergreen Aviation & Space Museum in McMinnville, Oregon, US.

The Russian AN-225 Mriya is a super heavy transport aircraft with a wingspan of 88.4m. It has wings with an area of 905m2 and aspect ratio of 8.6 and is currently in service with Antonov Airlines.

This unique transport aircraft was designed and built from 1984 to 1988. It was initially used to transport the components of Energiya carrier-rocket and Buran space ship but was modernised between 2000 and 2001 to make it suitable for the transportation of commercial cargoes. Powered by six ZMKB Progress D-18 turbofans, the aircraft can take-off with a maximum weight of 640t. 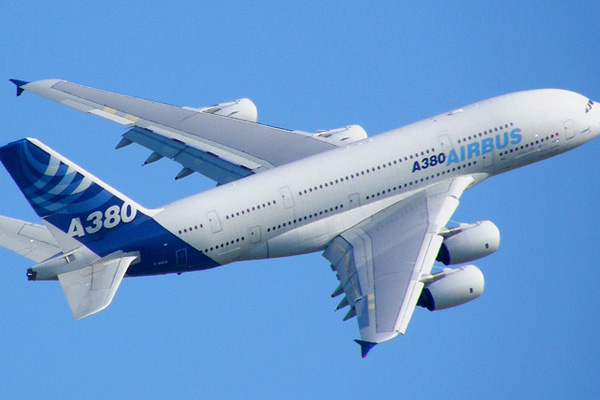 The new generation swept wing jet transport design of the Airbus A380, the world’s largest commercial aircraft, has a wingspan of 79.75m including integrated winglets.

The wings are made of advanced aluminium alloys while the primary structure of centre wing box and the wing ribs are constructed using composite materials. The advanced wing layout of the A380actually resulted in a smaller wingspan when compared to similar designed aircraft. The aircraft features two full-length decks offering space for up to 853 passengers onboard.

The Antonov AN-124-100, a commercial aircraft based on the AN-124 “Ruslan” heavy military transport aircraft, has a wingspan of 73.3m. The aircraft primarily transports heavy and oversized cargo such as special-purpose vehicles.

The AN-124-100’s swept-back wings with high aspect ratio are made up of longer single-piece pressed panels. The AN-124 is the world’s first aircraft to feature a double-row flange joint for wings. It has a maximum take-off weight of 392t and can carry a maximum payload of 120t. 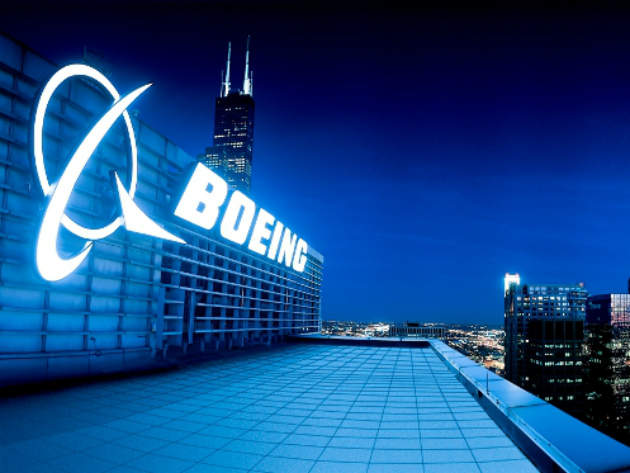 Masters of the sky: the top 10 aerospace companies 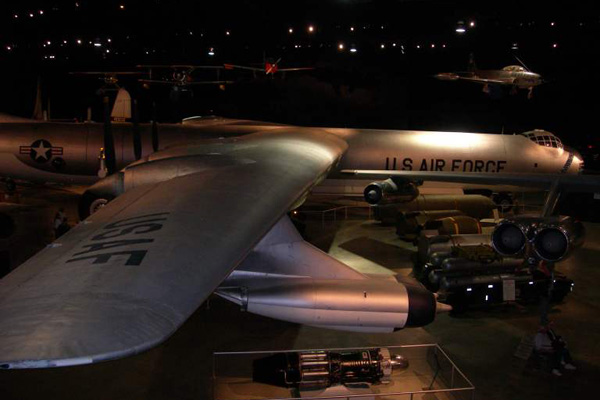 The Convair B-36 bomber’s wingspan of 70.12m makes it the world’s biggest combat aircraft by wingspan. Convair XC-99, a transport variant of the B-36, also incorporates a similar wing design with same dimensions. The wings with 7.5ft wide root chord were designed with a crawl-way to allow the crew to access the engines.

The airplane made its maiden flight in August 1946 and entered into service with the Strategic Air Command in June 1948. More than 380 B-36s were built for the USAF and the aircraft was finally retired from service in 1959. Four B-36 aircraft are currently on display in museums in the US.

The Boeing 747-8’s redesigned wing, with a span of 68.5m, contributes to improved performance, reduced noise, and greater fuel capacity. The 747-8 is the latest variant of the 747 family of aircraft. 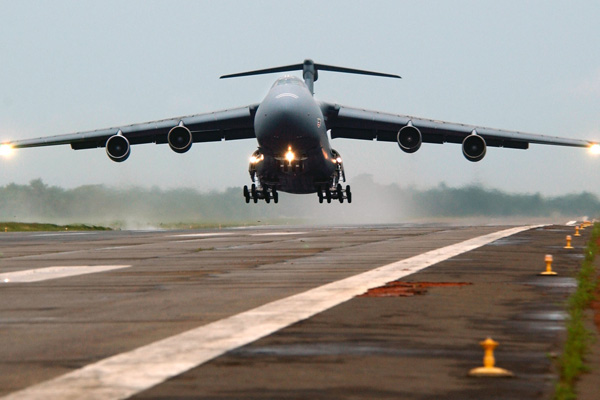 The C-5 Galaxy, the largest and the only strategic airlifter in the fleet of US Air Force, has a huge wing spanning 67.91m. The swept-wing aircraft can carry more cargo to long distances than any other aircraft of its class thanks to its 12 internal wing tanks that can store 51,150 gallons (194,370L) of fuel.

The C-5 was inducted into service in 1970, but its payload capacity was restricted due to design flaws in the wings. The C-5B, an improved variant with redesigned aluminium alloy wings, fixed the problem. The current fleet of C-5 is undergoing an extensive modernisation programme to transform the C-5 Galaxy into an advanced C-5M Super Galaxy.

The aerodynamic efficiency of the wings of 777-200LR and 777-300ER has been improved by incorporating raked wingtips, which reduce balanced field length and increase climb performance while minimising fuel consumption. 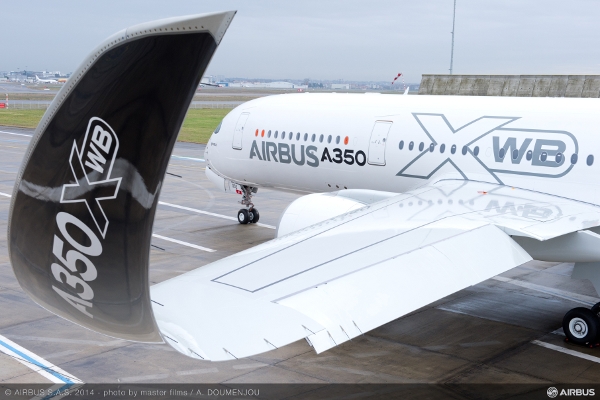 Developed based on the experience gained from the A380 design, the wing design of the A350 XWB has been optimised with aerodynamic features such as droop-nose high-lift devices and Advanced Dropped Hinge Flaps (ADHF). The wing flaps can be deflected in a symmetrical and asymmetrical manner to achieve better load control and improve efficiency at higher speeds.

The Douglas XB-19 with a wingspan of 64.6m was the world’s biggest bomber aircraft when built in 1938. The aircraft was produced as an experimental bomber for the US Army and was originally designated XBLR-2 (Experimental Bomber – Long Range).

The XB-19 took into the skies for the first time in June 1941. It was re-designated as the XB-19A after its engines were replaced by four Allison V-3420 24-cylinder engines. The aircraft was operational until 1949.