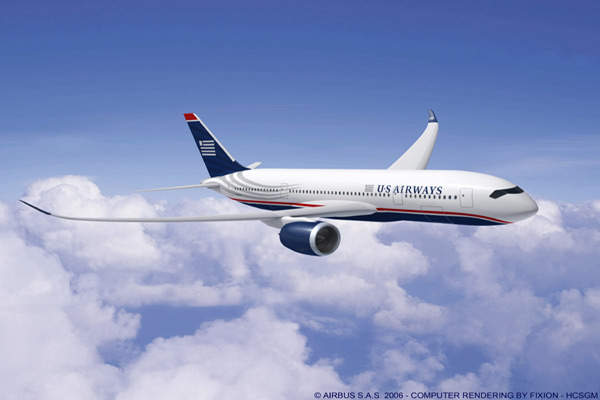 The A350-800 XWB extra-wide body entered service in January 2015 in a three-class configuration for 270 passengers. 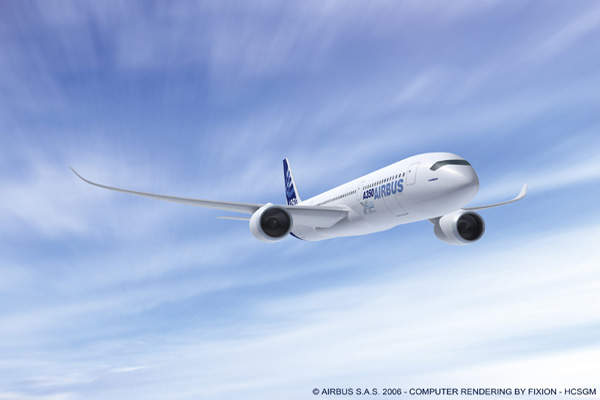 The A350-900 XWB can accommodate 314 passengers in a three-class configuration. 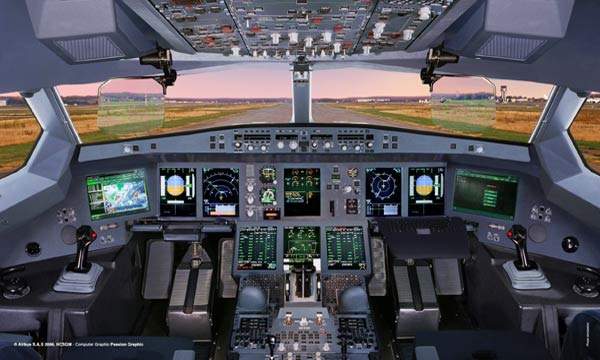 The A350 flight deck is equipped with Thales integrated modular avionics suite and cockpit systems. 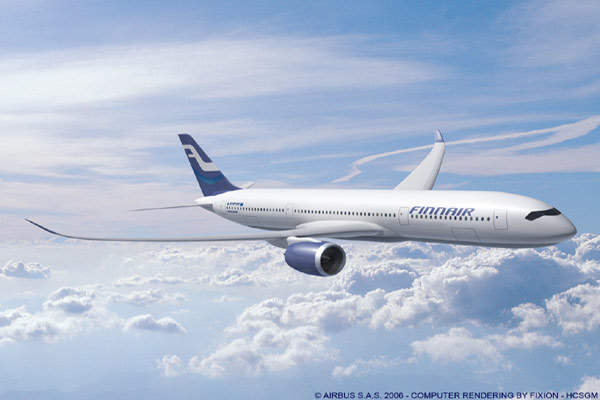 A350-900 XWB in Finnair livery. The aircraft is constructed of 45% lightweight high-strength composite and 55% low-density aluminium lithium alloy, steel, aluminium and titanium. 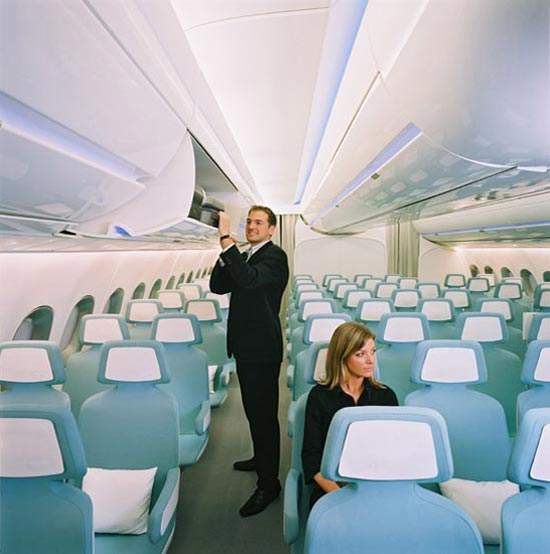 The modular cabin layout can be reconfigured overnight to allow airlines flexibility to adapt for seasonal needs. 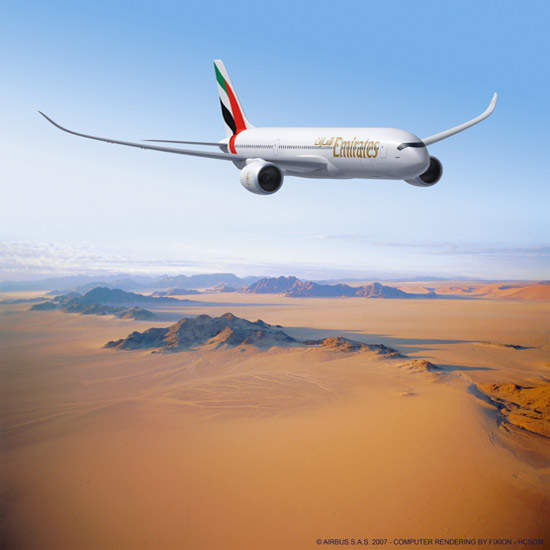 The A350XWB in Emirates livery. The new aircraft family was launched in December 2006. 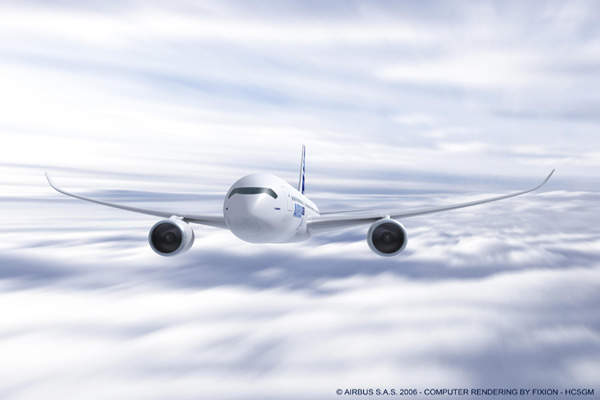 A $520m loan was approved by Spain in November 2009 for the development of the A350 XWB. The country additionally provided funds of $441m. France, Germany and the UK provided $4.3bn for the $17.6bn programme.

The aircraft is made of 45% lightweight high-strength composite construction and 55% low-density aluminium lithium alloy, steel, aluminium and titanium. Airbus selected TenCate Cetex in November 2010 to supply carbon fabric laminates for strengthening the A350 XWB airframe.

The wings are of metal-ribbed, three-spar, carbon-fibre-reinforced plastic (CFRP) construction. The wingspan is 64.8m and wing sweep is 35°.

Atkins was contracted in June 2009 to supply the wing flaps, which are made of composite materials to reduce the overall weight and carbon emissions.

The A350 XWB fly-by-wire system is similar to that on the A320, A340 and A380 aircraft families. The handling and flight deck commonality allows airlines the benefit of cross crew qualification and mixed-fleet flying with a smooth introduction into service. The aircraft is fitted with Moog primary flight control actuators and a Rockwell Collins horizontal stabiliser activator.

In September 2010, Airbus contracted CAE to design and build full flight simulators (FFS) for the Airbus A350 XWB and Boeing 777 aircraft.

CAE developed two CAE 7000 series FFS for A350 XWB and six CAE Simfinity A350 XWB Airbus process trainers. The first FFS was delivered to Airbus in 2012.

In August 2011, the first Airbus XWB centre wing box and keel beam were delivered to Airbus’ St Nazaire facility for assembling. The delivery was an important step towards the final assembly of the aircraft.

Another important milestone was achieved in September 2011 with the delivery of the first A350 XWB wing lower cover to Airbus’ manufacturing site in Broughton, UK. The wing cover was fitted with A350 XWB wing and transported to France for final assembly.

The flight deck accommodates two pilots and is fitted with a head-up display, an A380 on-board information system, an on-board airport navigation system and a dual integrated standby instrument system.

In January 2008, Thales was selected to provide the A350 XWB avionics and cockpit systems, including the integrated modular avionics suite, interactive control and display systems, and air data and inertial reference unit. The A350 has six 38cm (15in) displays.

The RDR-4000 was been selected for the Airbus A380 and for the US C-17 and Japanese C-X military transport aircraft. It uses pulse compression to provide simultaneous long-range and high-resolution performance, as well as 3D volumetric scanning, using ground clutter extraction of the weather and terrain ahead of the aircraft.

The modular cabin layout can be reconfigured overnight to allow airlines the flexibility to adapt to seasonal needs.

The cabin is laid out with twin aisles, typically with eight abreast and six abreast seats in economy and in first class, respectively. The cabin is 5.36 -wide and 46m long in the A350-800. The rest area for the eight cabin crew is installed above the rear bulk cargo hold.

Honeywell was selected to provide the environmental control management systems for cabin heating, cooling and pressurisation.

The A350-800 carries an underfloor cargo of 26 standard LD3 containers or up to eight pallets and two LD3 containers. The total cargo volume is 115m³.

Rolls-Royce developed the Trent XWB engine for the A350 XWB. Like its Trent engine predecessors, the Trent XWB is configured with a three-shaft design. The fan is approximately 3m in diameter and the bypass ratio is about 11.

In 2005, Goodrich was selected by Airbus to supply the engine nacelles and thrust reverser systems for all variants of the A350 XWB aircraft. The first thrust reverser was delivered to the Rolls-Royce facility in Derby in November 2010.

The fuel capacity is 150,000l. The fuel tanks are fitted with a nitrogen-inerting system. Parker Aerospace has been selected to supply the fuel system, hydraulics power and distribution systems.

On 22 November 2010, Rolls-Royce was awarded a $1.8bn contract by Air China to supply Trent XWB engines for ten A350 XWB aircraft.

Landing gear of A350 XWB

Airbus inaugurated a new landing gear system test facility at Filton, UK, in October 2010. The construction was undertaken at an estimated cost of €39m.

Honeywell is responsible for the design and supply of the HGT1700 auxiliary power unit (APU), the APU installation kit and the APU starter generator.

Orders and deliveries for the Airbus A350 XWB

In September 2011, Air France-KLM announced its plans to purchase up to 60 A350 XWB. The first flight for THAI was achieved in July 2016.

Singapore Airlines (SIA) signed a contract with Airbus for the first batch of 30 aircraft in 2006. SIA placed an order in June 2013 for the delivery of an additional 30 A350-900s plus an option for 20 more aircraft. Deliveries were delayed and the first aircraft was delivered in March 2016.

Air Caraïbes ordered three A350-1000 aircraft in December 2013. The deliveries are expected to be completed between 2016 and 2022. Kuwait Airways also placed an order for the delivery of ten A350-900 aircraft in the same month.

LATAM Airlines placed an order for 27 A350 XWB aircraft in August 2014. The delivery of the first aircraft was made in December 2015.