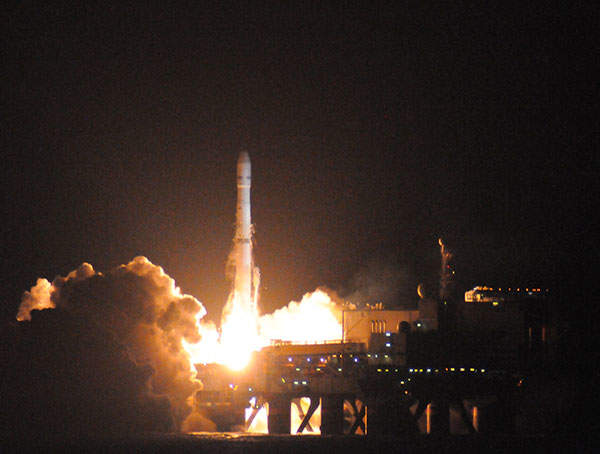 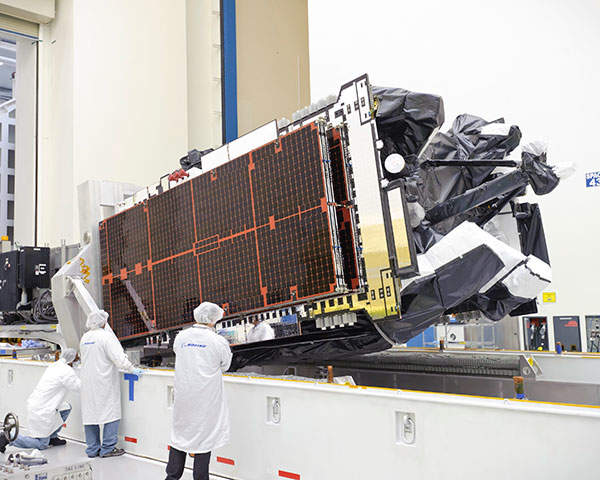 In July 2009, Boeing Satellite Systems was awarded a contract to design and develop the IS-21 satellite. Photo courtesy of Boeing. 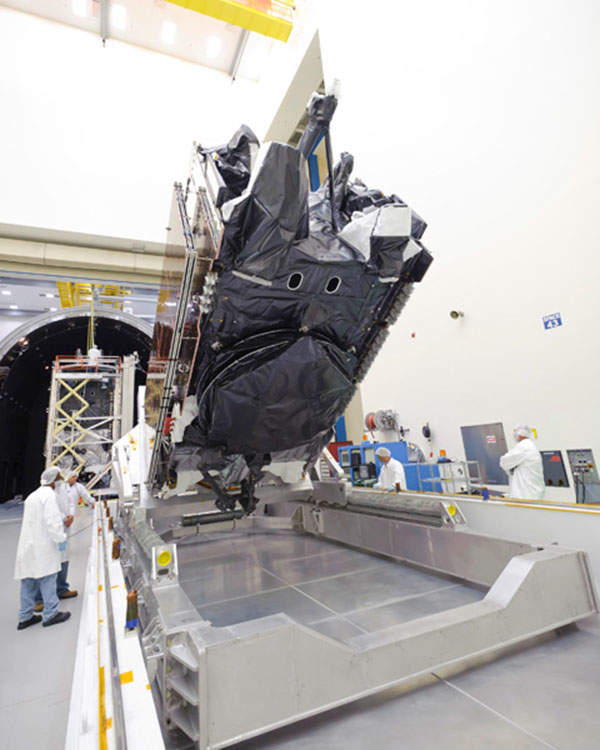 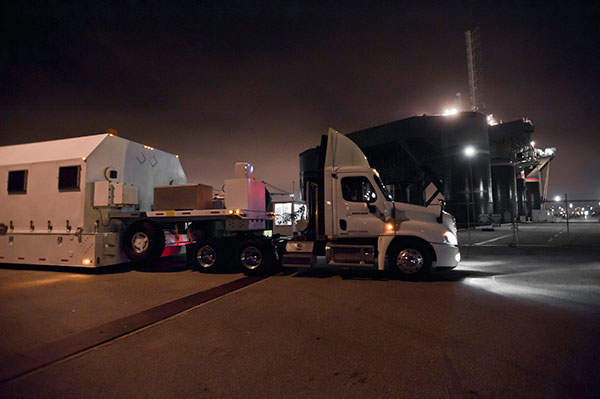 Intelsat 21 was integrated at Long Beach in California, and shipped to Odyssey launch platform via the Sea Launch Commander. Photo courtesy of Boeing. 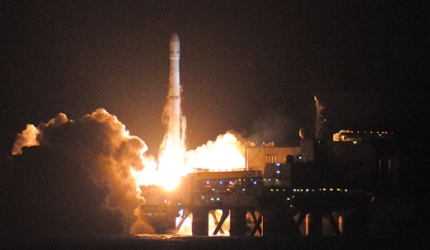 The Intelsat 21 (IS-21) communication satellite was successfully placed into the geosynchronous Earth orbit (GEO) in August 2012. It was launched by Sea Launch Zenit-3SL launch vehicle from the Odyssey mobile platform in the equatorial Pacific Ocean.

The satellite is manufactured by Boeing Satellite Systems. The International Telecommunications Satellite Organization (Intelsat) is the operator of the Intelsat series satellites.

IS-21 replaces the 12-year old Intersat 9 at 302 degrees east longitude. Intelsat received the first signals from IS-21 shortly after the spacecraft separation.

Development and construction of Intelsat 21

"The Intelsat 21 (IS-21) communication satellite was successfully placed into the geosynchronous Earth orbit (GEO) in August 2012."

In July 2009, Boeing Satellite Systems was awarded with a contract to design and develop the IS-21 satellite. The company built the satellite at its integration and test complex in El Segundo, California. The solar wings for the satellite were made by Spectrolab, a subsidiary of Boeing. The satellite was transported to the launch site in early August 2012.

The IS-21 used a 702MP platform designed and built by Boeing. The platform was first introduced in 2009 to meet the requirements of customers seeking satellites in medium-power ranges. The main features of the platform include a flexible design that supports the payloads, with power ranging from six to 12 kilowatts. It also includes high-capability features similar to those of the company’s latest 702HP model.

The satellite has a liftoff mass of 5,984kg, it is 5.8m in height and has a width of 3.6m. Its payload is powered by a solar array which consists of ultra triple-junction gallium arsenide solar cells. It is controlled by a hybrid bi-propellant propulsion system. The satellite’s lifespan is 15 years.

The IS-21 is equipped with 36 Ku-band and 24 C-band transponders, which provide video, radio, data and telephone relay services. It also offers direct-to-home (DTH) and cable services, after the completion of global broadband mobility platform in 2013.

The Ku-band mobility beam offers coverage to the South Atlantic region for maritime and aeronautical customers. It will offer DTH and cable programmers in Latin America, South America, North America and Europe. The C-band will offer services to North America, the Caribbean, Brazil, Europe and Western Africa.

IS-21 satellite was lifted off using Zenit-3SL rocket, which is built by the Yuzhnoye Design Bureau and operated by Sea Launch, a company based in Switzerland.

"IS-21 replaces the 12-year old Intersat 9 at 302 degrees east longitude. Intelsat received the first signals from IS-21 shortly after the spacecraft separation."

Zenit-3SLwas developed as a replacement to Proton-K. The rocket has a length of 59.6m and core diameter of 3.9m. It was integrated at Long Beach in California, and shipped to Odyssey launch platform via the Sea Launch Commander ship. The upper stage Block DM-SL was developed by RKK Energia and the payload fairing was produced by Boeing. The upper stage of the rocket was loaded with 15,850kg of propellants.

The satellite was launched from Odyssey, a floating platform located at 154 degrees West in the Pacific Ocean. Odyssey is a semi-submersible mobile spacecraft launch platform which was developed by RKK Energia.

APSTAR 7 is a geostationary communication satellite built for commercial purposes. It was successfully placed into the geostationary Earth orbit from Xichang Satellite Launch Center (XSLC) in March 2012.

The Intelsat 21 satellite’s operations are carried out from the satellite monitoring and control centre headquarters located at Washington DC and Long Beach, California.

The satellite operation centres are fully equipped with sophisticated facilities and capabilities for carrying out operations of entire third-party satellite fleets.

The ground communications infrastructure at Intelsat includes the IntelsatONE network, which is the most extensive network with enhanced levels of control, visibility and security. The satellite control centre network includes a number of tracking, telemetry and command (TT&C) stations and mission control centres (MCC) across the world to support customer satellite services.