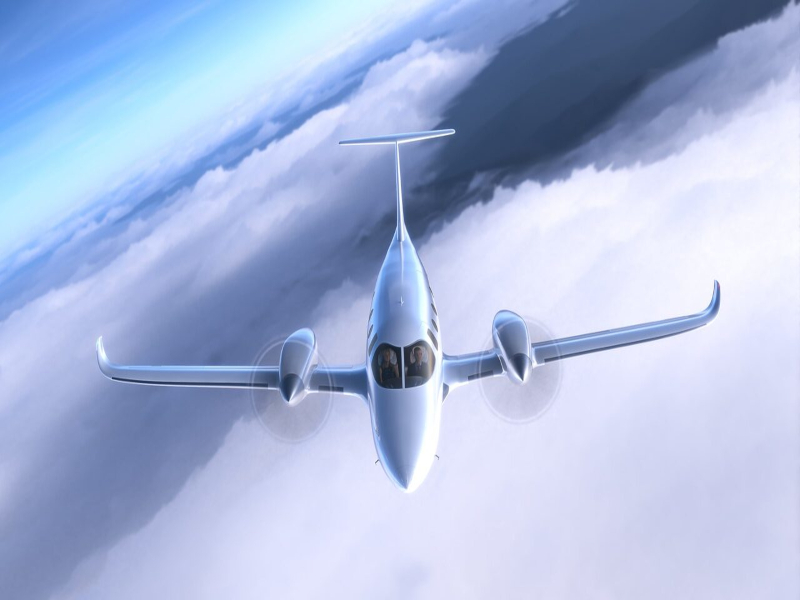 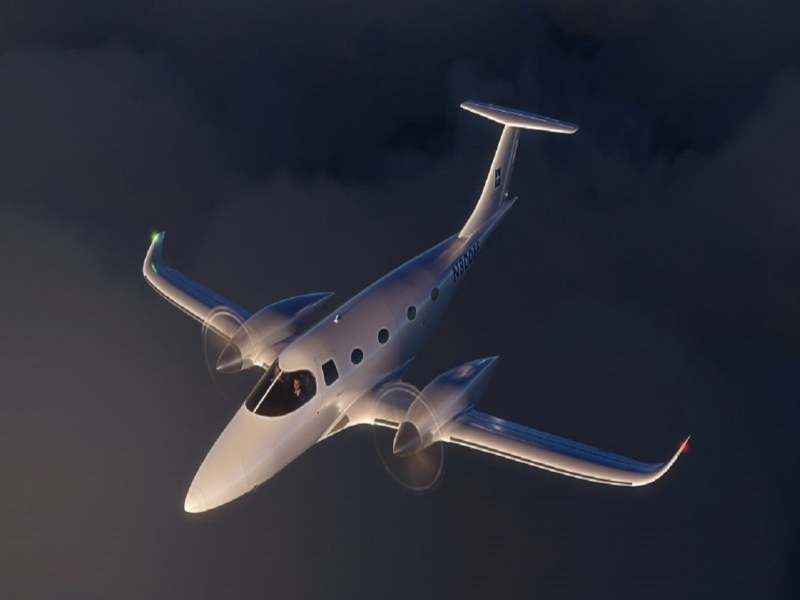 The all-electric aircraft can be operated at only one-fifth the cost of traditional twin turboprops. Credit: Bye Aerospace. 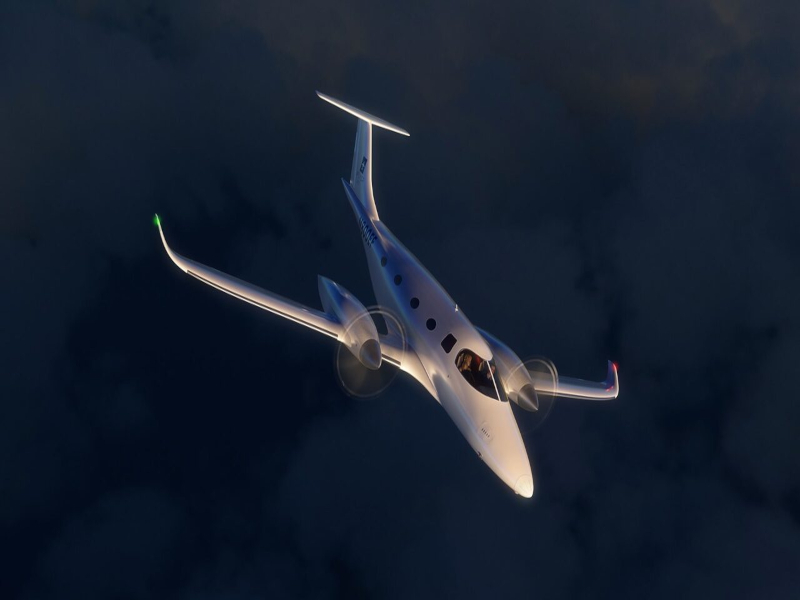 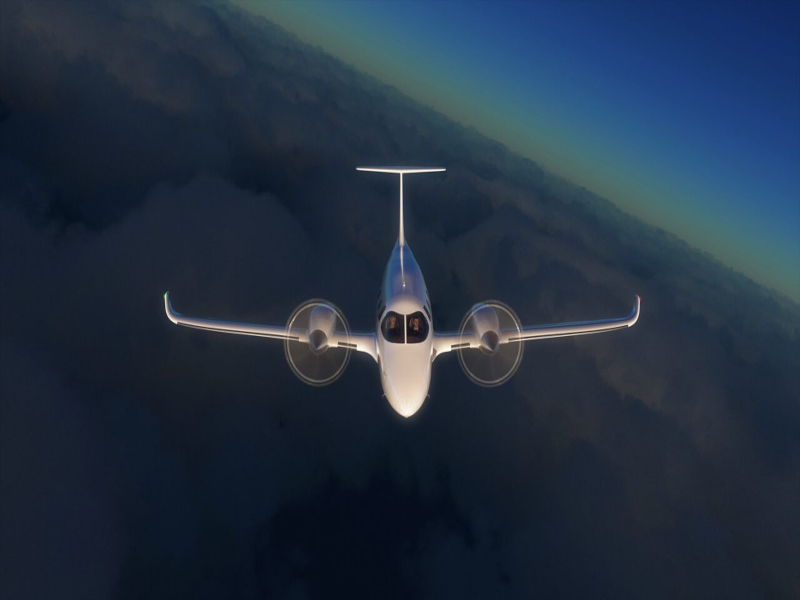 The wing-mounted motors on eFlyer 800 are supplied by Safran. Credit: Bye Aerospace. 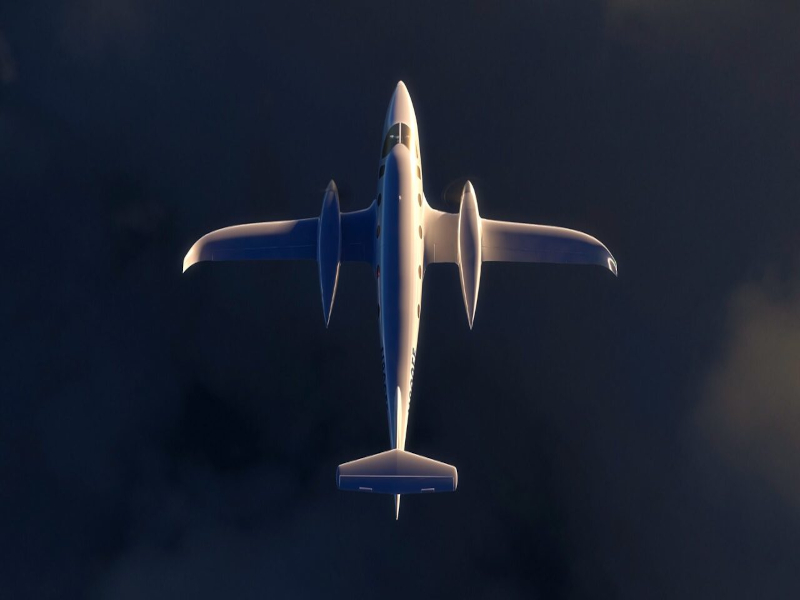 In June 2021, Bye Aerospace made agreements with Jet It and JetClub to supply an eFlyer 800 fleet. Credit: Bye Aerospace.

The eFlyer 800 is claimed to be the first all-electric propulsion aircraft to achieve twin-turboprop performance and safety without carbon emissions.

Bye Aerospace has signed customer deposit agreements for several eFlyer 800 aircraft. Once operational the aircraft will serve as air-taxi, air-cargo, regional and charter aircraft in the US and Europe.

In June 2021, Bye Aerospace signed an agreement with the launch customers Jet It and JetClub to supply a fleet of eFlyer 800 aircraft. The fractional ownership companies also confirmed multiple eFlyer 800 purchase options and purchase deposits for four eFlyer 4 aircraft.

Design and features of eFlyer 800

The innovative design of eFlyer 800 will offer significantly higher aerodynamic efficiency than that of a typical turboprop aircraft of similar size. The fuselage will be attached with two wing-mounted electric motors, each integrated with dual redundant motor windings and quad-redundant battery packs.

The eight-seat cabin configuration of the aircraft will offer space for seven passengers and up to two crew members. The cabin will measure 65in wide and 55in tall.

The GENeUSGRID power management system will control the electrical equipment aboard the aircraft and manage the high voltage generators and batteries for continuous power supply to the electric propulsion motors. It will also facilitate switching processes between the all-electric and hybrid-electric architecture.

The assessment to equip the eFlyer 800 aircraft with the most efficient electric powertrain is currently underway.

Launched in October 2018, Safran’s ENGINeUS smart motor has built-in control electronics with an energy efficiency of more than 94%. It offers a very high power-to-weight ratio and highly integrated power electronic drive for controlling the shaft speed.

The motor has a customised power rating from 45kW and can provide a power density of more than 2.5kW/kg at 2,500rpm for 45kW continuous power.

The electric motor offers several advantages, including an integrated power electronics inverter within the electrical machine and remote or embedded control board. It is also lighter, more economical and easier for A/C integration compared to a split inverter solution.

The motor has air cooling feasibility up to 100kW, with liquid cooling as a proposed option. The cooling system is common for both the motor and motor controller unit. The system does not require an additional gearbox between the motor and the propeller. The sealed design of the motor withstands harsh environments.

The ENGINeUS motors with a power rating between 50kW and 500kW/1MW in combination with the GENeUSGRID systems perfectly suit Bye Aerospace’s electric aircraft portfolio.