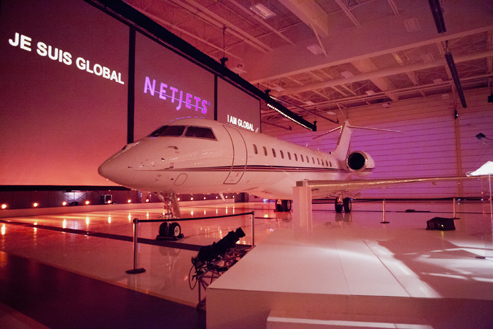 NetJets chairman and CEO Jordan Hansell said that the new Signature Series Global 6000 aircraft was the first of 670 on order.

"We have been successful in selling all the shares in this Global 6000 aircraft and we are excited about taking delivery because it kicks off the overall renewal of our fleet, beginning today," Hansell said.

NetJets’s Signature Series Global 6000 jet features a full-service galley, a crew rest area and can accommodate up to 13 passengers.

NetJets noted that the addition of Signature Series Global 6000 aircraft to its global fleet is a part of its strategy to add up to 670 new aeroplanes, valued at $17.6bn, over the next ten years.

"We have been successful in selling all the shares in this Global 6000 aircraft and we are excited about taking delivery because it kicks off the overall renewal of our fleet."

In addition to Global aircraft, the operator plans to add Bombardier Challenger jets including the Challenger 300 and Challenger 605 Series jets, the Cessna Citation Latitude and the Embraer Phenom 300 to its fleet.

Global 6000, earlier known as Bombardier Global Express XRS, is an upgraded version of the original aircraft announced on 6 October 2003 during the NBAA Convention in Florida and offers higher cruise speed, increased range and improved cabin layout.

Bombardier stated that the first Global 6000 executive jet was now on path to enter service.

Bombardier Business Aircraft president Steve Ridolfi said: "This Global 6000 jet is another demonstration of the excellence that our Global Completion Centre is capable of."