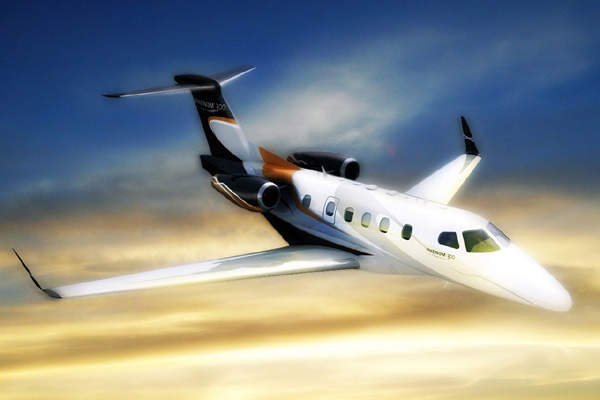 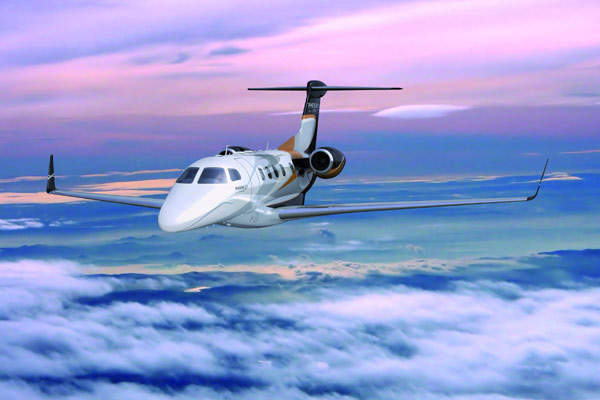 The Embraer Phenom 300 completed its maiden flight in April 2008. 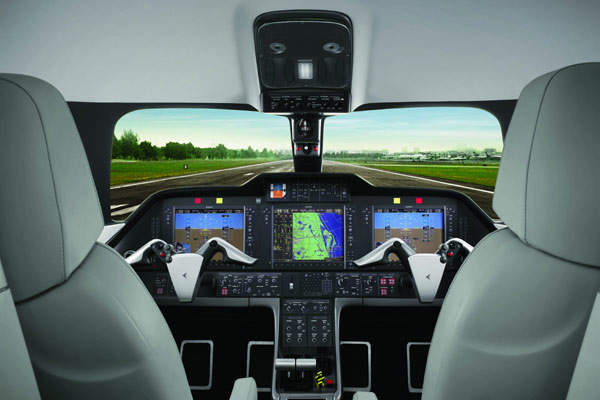 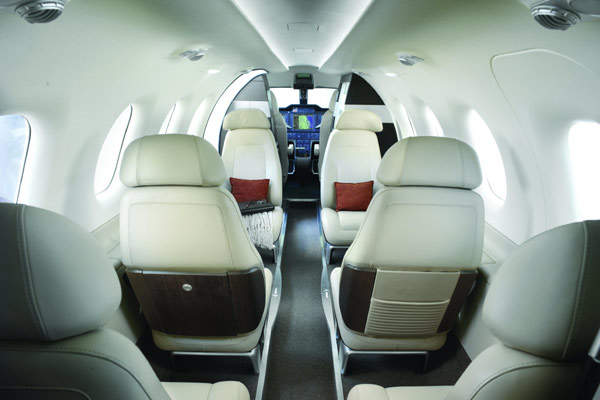 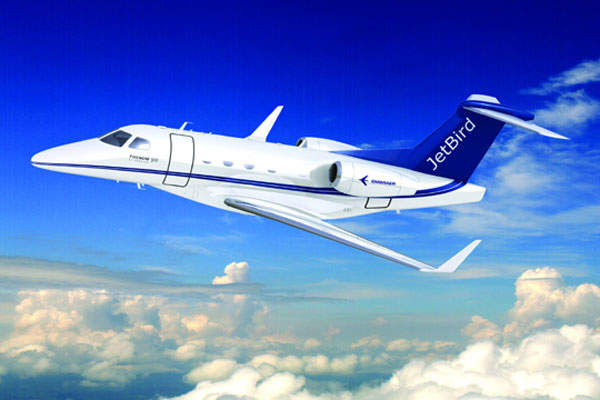 Phenom 300 in the livery of launch customer JetBird of Switzerland.

The Embraer Phenom 300 light business jet was announced in May 2005 and completed its first flight in April 2008. The aircraft departed from Embraer’s test runway, the longest in South America, at the Gavião Peixoto plant. The Phenom family also includes the smaller Phenom 100 that entered service in December 2008.

The Phenom 300 fleet has completed more than 300 hours of test flights. It performed the required 1,400 hours of flight and received FAA Type certification in December 2009.

The test fleet consisted of four aircraft. Full instrumentation has been completed on two test aircraft.

"The Embraer Phenom 300 fleet has completed more than 300 hours of test flights."

The aircraft received EASA (European Aviation Safety Agency) type certification in May 2010. The aircraft was certified by the civil aviation authorities of Indonesia, Australia and India in February, July and September 2011 respectively.

The aircraft is currently certified to operate in 40 countries including Denmark, France, Morocco, the UK, South Africa and the UAE.

Embraer has received over 800 firm orders for the Phenom family, about two thirds for Phenom 100 and one third for the Phenom 300. A Phenom 300 aircraft was delivered to Executive Flight Services in December 2009.

A Phenom 300 jet was ordered by ABC Taxi Aereoin in August 2006. Four Phenom 300s were ordered by Eagle Creek Aviation Services in October 2006 with an option of five. Executive AirShare placed an order for six Phenom 300s, the first of which was delivered in July 2010.

In May 2010, the first Phenom 300 was delivered to Cleveland-based Flight Options under an order of 100.

In October 2010, NetJets and Embraer signed a contract for 50 Phenom 300 aircraft plus 75 options. Deliveries are scheduled to begin in 2013. Amil Assistência Médica of Brazil ordered one MEDEVAC (medical evacuation) version of Phenom 300 in February 2011. The aircraft is scheduled to be delivered in the last quarter of 2011.

The aircraft’s maximum speed is Mach 0.78 and the maximum altitude is 45,000ft (13,710m). It is also designed for short-field take-offs with a take-off field length of 1,128m (3,700ft). With two pilots and six passengers the range is 3,330km. These capabilities will permit customers to fly non-stop from London (UK) to Reykjavik (Iceland), the Azores, Cairo (Egypt), Tel Aviv (Israel) or Moscow (Russia).

Embraer describes the Phenom jets as clean-slate designs. The Phenom 300 is of aluminium alloy construction and has low swept-back wings. The wingspan, including the winglets, is 16.2m. The aircraft has a T-tail and the tailplane span is 5.50m.

The cockpit accommodates the pilot and co-pilot. The aircraft is equipped with an Embraer Prodigy flight deck with a G1000 all-glass avionics suite supplied by Garmin. The flight deck is fitted with three 305mm (12in) displays – two primary flight displays and one multi-function display.

The flight management system incorporates a global positioning system / wide-area augmentation system (GPS/WAAS) which can provide positional accuracy of better than 3m 95% of the time. Other navigation systems include VHF navigation and an instrument landing system. The aircraft is fitted with a digital weather radar and a satellite communications weather datalink.

"The Phenom full-flight simulator has been developed through an Embraer and CAE joint venture."

BMW Group DesignworksUSA, based in Newbury Park, California, was selected as the interior designer for the Phenom 300 in 2005. The air-conditioned cabin is 5.23m long and accommodates six or seven passengers.

The main luggage compartment, 1.9m³, is at the rear of the fuselage and an additional 0.28m³ of luggage space is available in the nose and cabin compartments.

The Phenom full-flight simulator (FFS) has been developed through an Embraer and CAE joint venture, and is located at CAE’s training centre in Dallas, Texas. The simulator performed its first ‘test flight’ in June 2008. The programme also included the 2009 deployment of another similar FFS at Burgess Hill training centre in the UK. The first Phenom 300 FFS was certified by the Brazilian Civil Aviation Agency (ANAC), FAA and EASA in August 2010.