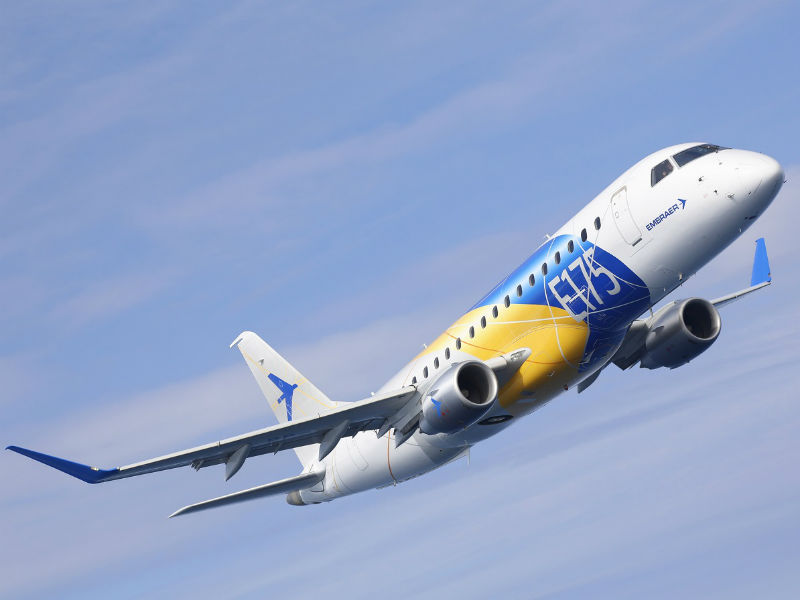 Embraer E175 is a commercial jet that is part of the E-Jet family. Credit: Embraer. 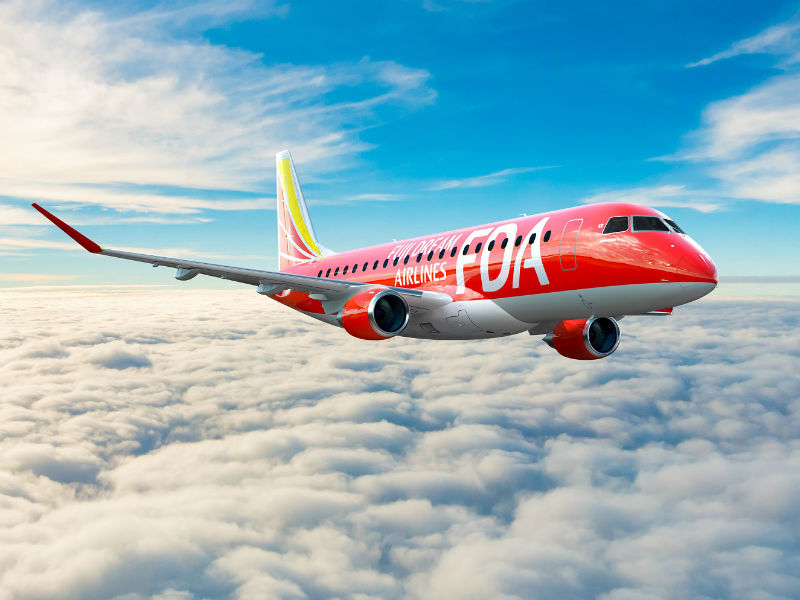 Fuji Dream Airlines, based in Japan, ordered a total of eight E-Jets, including the E175 passenger jets. Credit: Embraer. 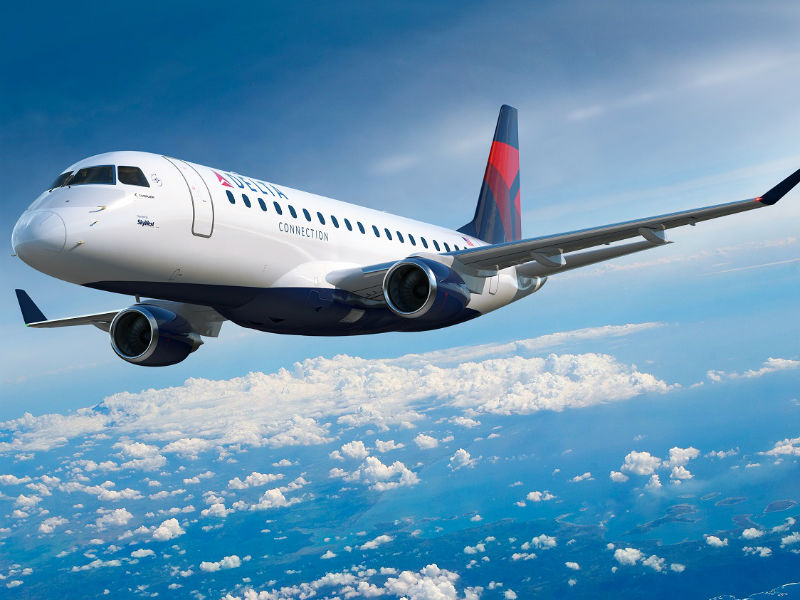 SkyWest will operate the E175 aircraft for Delta. Credit: Embraer.

Embraer launched a programme to enhance the E-Jet aircraft, including the E175. To reduce fuel burn by 5%, the aircraft are being augmented with new wingtips, refinements to systems, and aerodynamics.

At present, Embraer has received orders for more than 600 E175 commercial jets.

Embraer conducted E175’s maiden flight in 2003 and, since then, obtained type certification for the aircraft from several aviation authorities in Brazil, Europe and the US.

The E175 is currently manufactured in three versions, including standard (STD), long-range (LR) and advance range (AR). The AR version was introduced in 2007. It offers a greater range and payload capacity, resulting from structural reinforcements.

The E175 features a low-wing monoplane design with a conventional tailed body. It features a cost-effective design integrated with features to maximise passenger comfort.

The overall length of the jet is 31.68m and its overall height is 9.73m. The aircraft is low in weight and offers a high payload capacity. The maximum payload capacity ranges from 10,080kg to 10,360kg, based on the variant.

The Embraer E175 offers easy maintenance to operators, with about 86% of the spare parts being common for all jets in the E-Jet family. The cockpit, fly-by-wire technology and other systems used are common for all the jets in the family.

The cockpit of the E-175 has two seats for the pilot and co-pilot, with easy-to-access controls and systems. It is acoustically and thermally insulated. A hand microphone is fixed to the left front door. Circuit breakers are located immediately below it. Handle wheel steering is located conveniently beside the hand microphone.

A bulkhead with lockable door separates the cabin from the cockpit.

The E175 can accommodate 78 to 88 passengers, depending on the variant. Its fuselage is designed to maximise personal space for passengers. The cabin also accommodates one observer and two flight attendants. An additional seat for a second observer can be fitted optionally.

The cabin is spacious, with a length of 21.2m, a width of 2.74m and height of 2m. The double-bubble design of the fuselage offers a wide aisle and seats. It features a four-abreast seating configuration that allows for smoother and easier boarding and deplaning.

A door net is fitted at each cargo door, while vertical nets can also be fitted optionally.

Embraer E175 is powered by two FADEC-controlled GE CF 34-8E engines installed under the wings. The engines are fully interchangeable and have a maximum diameter of 136cm. The thrust-to-weight ratio of the engine is 5.41. The dry weight of the engine is 2,627lb (1,192kg). The noise of the engines is compliant with stage III and IV standards.

The engine provides a maximum thrust of 14,200lb to the aircraft.

In December 2012, Japan-based Fuji Dream Airlines placed a follow-on order for two E175 aircraft, which brought the total number of aircraft ordered by the airline to eight. Fuji Dream ordered its first E175 in 2009.

American Airlines placed a $2.5bn order for 60 E175 aircraft plus options for 90 more aircraft in December 2013. The first aircraft was delivered in February 2015. The airline placed an order worth $705m for 15 E175 aircraft, increasing the total number to 104. Deliveries are scheduled to begin in 2020.

In July 2014, Trans States Holdings placed an order for 50 E175-E2 jets. The $2.4bn contract also includes options for an additional 50 units. Deliveries are scheduled to commence in June 2020.

Republic Airways placed a $2.1bn firm order for 50 E175 jets in September 2014. The fleet is operated by United Airlines under the United Express name. The airline signed a $4.69bn contract with Embraer in December 2018 to buy 100 E175 jets, with purchase rights for an additional 100 aircraft.

The first delivery of the earlier order placed by the company for 47 firm and 47 option E175s in January 2013 was made in July 2013. The aircraft fleet is in service with American Airlines under the American Eagle brand.

Embraer signed a $1.9bn contract with United Airlines to supply up to 39 E175 commercial jets, in June 2019. The contract includes 20 firm orders and 19 options in a 70-seat configuration. Deliveries are scheduled to start in the second quarter of 2020.

Embraer received a $194.4m firm order from Congo Airways for two E175 aircraft in December 2019. The aircraft are scheduled to be delivered in the last quarter of 2020.