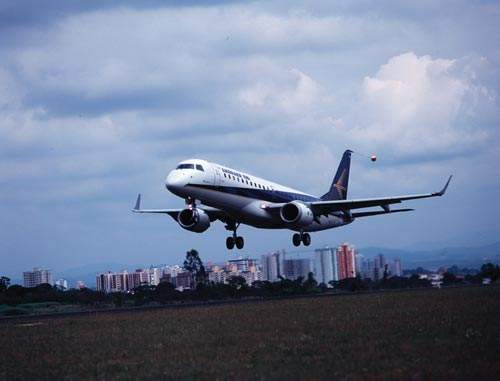 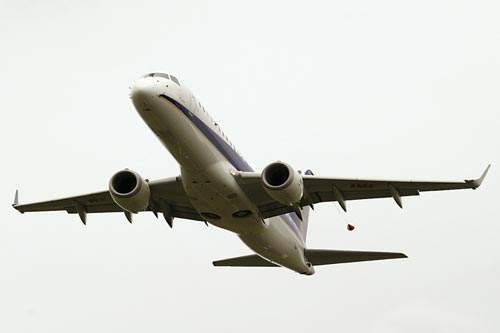 With 98 passengers, the Embraer 190 has a range of 4,260km, allowing operation between city pairs such as Dallas to Bogota, Paris to Moscow, Hong Kong to Bombay and Brasilia to Santiago. 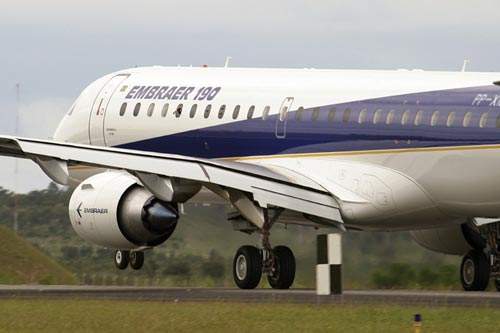 The Embraer 190 has an all-digital cockpit with an avionics suite based on the Honeywell Primus Epic. 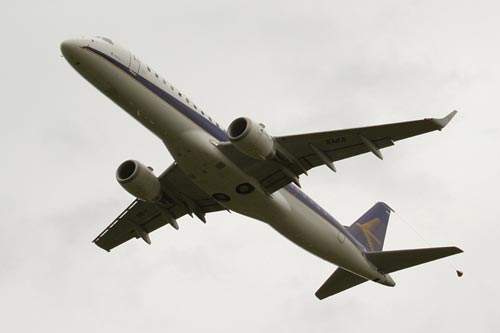 The wings are fitted with winglets, which reduce the drag of the wing vortex and provide increased lift and improved efficiency of the wing. 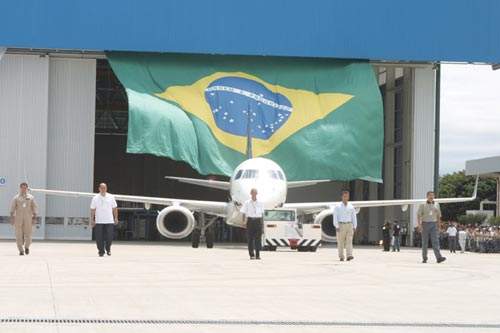 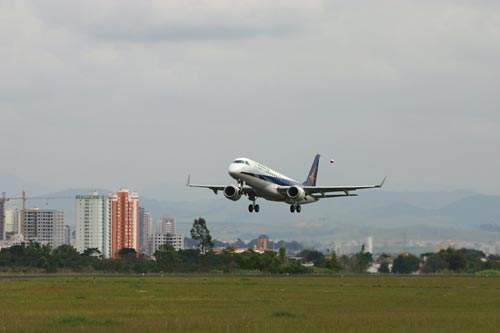 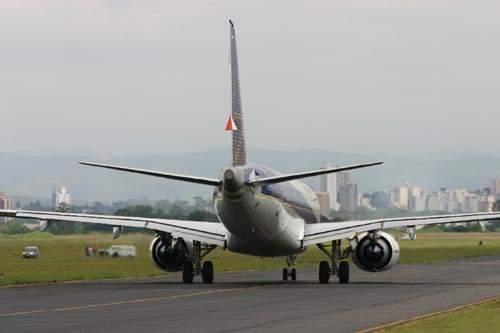 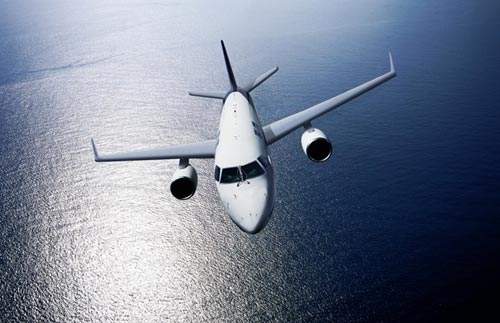 The Embraer 190 seats 100 passengers at a four-abreast, 32in pitch cabin, or up to 108 in a higher density configuration at 31in pitch.

The aircraft received US Federal Aviation Administration (FAA) certification in September 2005 and the first was delivered shortly after to launch customer JetBlue Airways of USA, which has an order for 100 aircraft plus 100 options. The aircraft entered service with JetBlue in January 2006.

The 170/190 regional jet family was developed through a partnership programme, involving major aerospace contractors. Main system suppliers, Liebherr of Germany, Sonaca of Belgium and C&D of the USA, set up subsidiary operations in Brazil to establish local production.

The flight tests of Embraer 190 were carried out from the company’s main site in Sao Jose dos Campos and from the Gaviao Peixoto industrial centre, where Embraer constructed a 5,000m-long, 95m-wide runway, the longest in Latin America.

“The field performance enables the aircraft to operate at restriction-sensitive airports.”

In January 2005, Embraer announced the introduction of advanced range (AR) versions of the Embraer 190 and 195, which have structural reinforcements in the fuselage, wings, pylons and flight control surfaces to allow higher take-off and landing weight.

The Brazilian Government ordered two Embraer 190 jets in June 2008. The first aircraft was delivered in September 2009 and the second in December 2009.

Austral Lineas Aereas ordered 20 Embraer 190 jets in April 2010. The first two jets were delivered in September 2010 during a ceremony held at the company’s headquarters in Sao Jose dos Campos, Brazil.

Embraer signed a letter of intent with Republic Airlines and Air Lease Corporation in July 2010 to sell 24 and 15 Embraer 190s respectively. The contract negotiations were finalised in November 2010 and six firm orders were placed.

The first flight of the 195 took place in December 2004 and Brazilian certification was received in June 2006. The first aircraft was delivered to its launch customer, Flybe, in September 2006. In August 2007 BRA of Brazil ordered 20 plus 20 options. By the end of December 2008, orders were placed for 110 aircraft plus 80 options with 22 delivered.

Steep approach certification for the Embraer 190 was received in 2010 to operate at London City Airport.

British Airways CityFlyer announced the acquisition of one additional E190 jet in November 2013.

Digital modelling and virtual reality have been used extensively in the design of the aircraft. Embraer is responsible for the assembly of the 190, which is carried out in a newly constructed 16,000m² facility. The facility houses eight aircraft assembly docks. A 4,000m² painting hangar has also been installed.

The aircraft is of conventional low wing design and has two podded engines mounted below the wings. The wings are fitted with winglets, which reduce the drag of the wing vortex and provide increased lift and improved efficiency of the wing. The Japanese company Kawasaki supplied the wing stubs, flaps and spoilers, control surfaces and leading and trailing edges.

The aircraft has an all-moving tailplane. Gamesa of Spain supplies the rear fuselage section and vertical and horizontal tail surfaces.

The radome and forward fuselage are manufactured by Embraer, the centre fuselage is by Embraer and Latecoere, the rear fuselage by Gamesa and the tail cone by Hamilton Sundstrand.

The aircraft has an all-digital cockpit. The avionics suite is modular and lightweight and is based on a Honeywell Primus Epic electronic flight and information system (EFIS) with five liquid crystal colour displays.

The aircraft is equipped with fly-by-wire flight control i.e. computer-controlled, electrical primary flight control with the exception of the ailerons.

The aircraft features a double bubble type, rather than circular cross section fuselage. This provides a larger cabin width (2.53m at floor level and 2.74m at shoulder level) and easier access to the overhead baggage bins. The height within the passenger cabin is 2.00m.

The interior cabin was designed by US company C&D Interiors and seats 98 passengers in a centre-aisle, four-abreast configuration.

The Embraer 190 is fitted with two underwing-mounted GE 34-8E-10 turbofan engines, rated at 82.29kN. The engines and engine nacelles are supplied by General Electric. The engines are equipped with full authority digital engine control (FADEC).

The aircraft carries 13,000kg of fuel and is fitted with a Parker Hannifin fuel system.

The aircraft is equipped with a Hamilton Sundstrand auxiliary power unit and electrical system.

At long-range cruise speed and with 98 passengers, the Embraer 190 has a maximum range of 4,260km, providing the capability to operate between city pairs such as Dallas to Bogota, Paris to Moscow, Hong Kong to Bombay and Brasilia to Santiago.

The field performance enables the aircraft to operate at restriction-sensitive airports located in strategic places such as Santos-Dumont, Florence and London City Airports.

The take-off and landing field lengths are 1,463m and 1,280m respectively. The GE engines are efficient and very quiet, allowing the aircraft to meet and exceed the noise and emission-related requirements established by the International Civil Aviation Organisation (ICAO).

The aircraft has a very fast airport turnaround time. Forward and aft doors on both sides of the fuselage allow rapid boarding and deplaning with simultaneous servicing. Refuelling takes ten minutes and is via a single point refuelling receptacle.