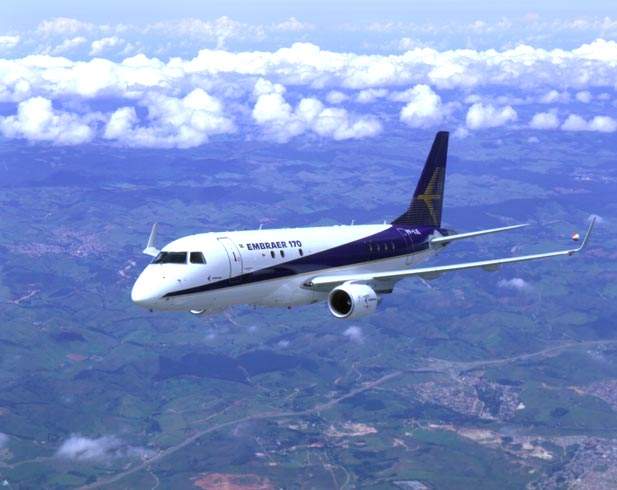 The Embraer 170 is the first member of a new family of commercial jets currently being built by Embraer of Brazil. 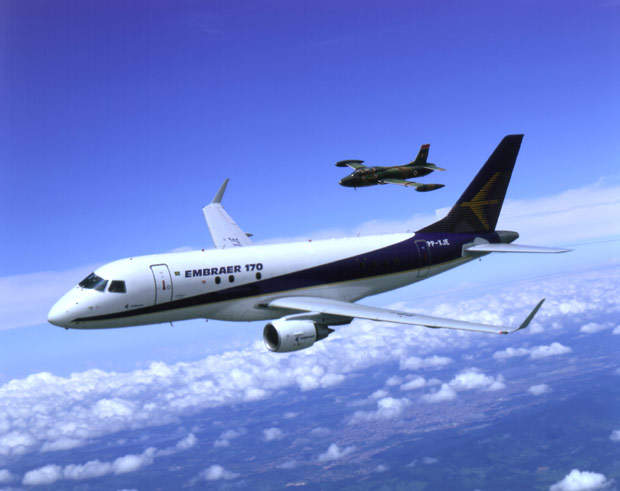 The Embraer 170/190 regional jet family is being developed through a partnership involving 16 risk-sharing partners and 22 main suppliers. 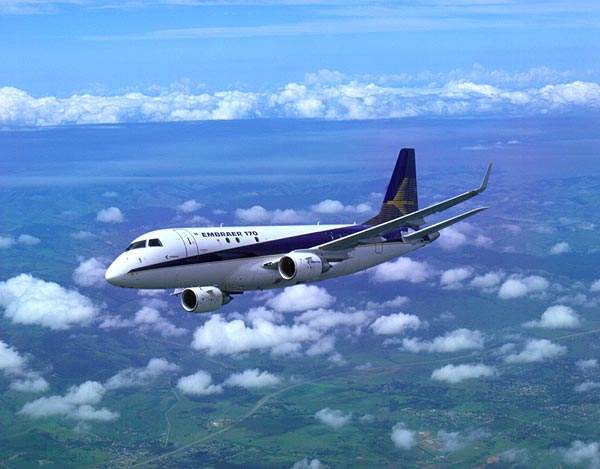 The Embraer 170 has a range of 3,889km, which allows operations between for example Paris to Moscow, Hong Kong to New Delhi or Brasilia to Caracas. 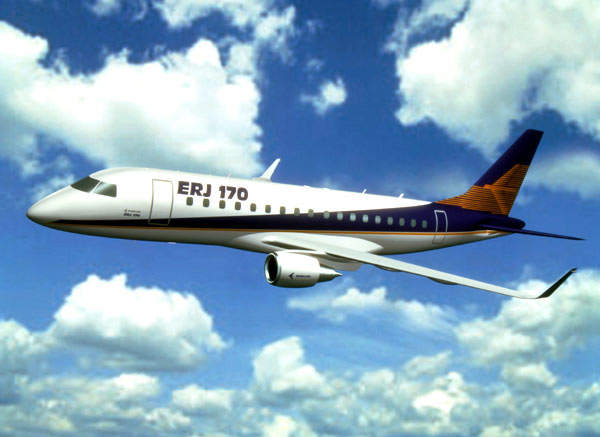 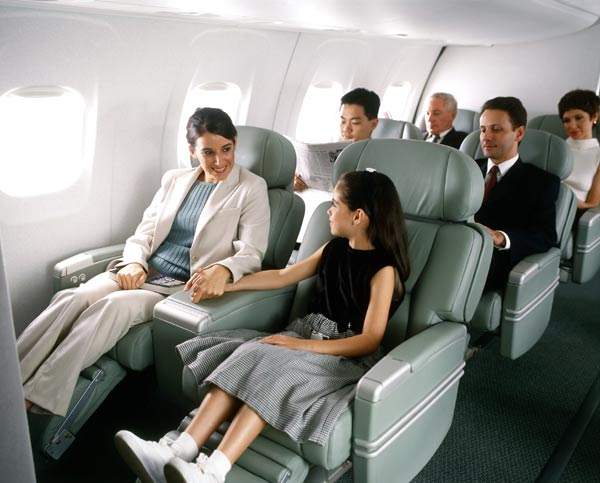 The aircraft's 'double bubble' fuselage provides for a cabin length of 19.37m and width 2.74m.

The Embraer 170 is powered by two GE CF34-8E jet engines fitted with FADEC. 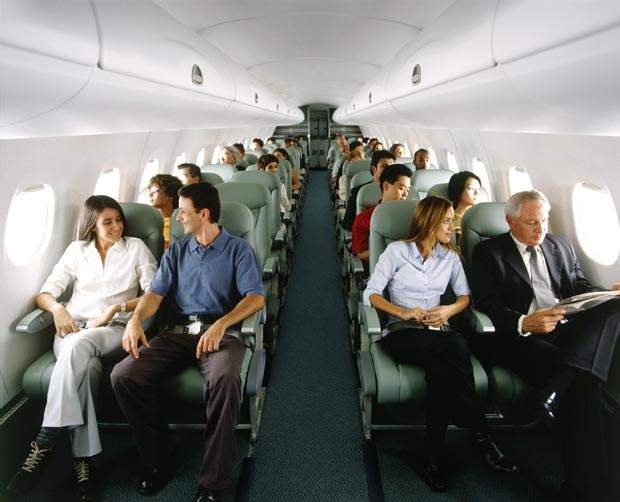 The aircraft seats 70 passengers in a four abreast configuration. 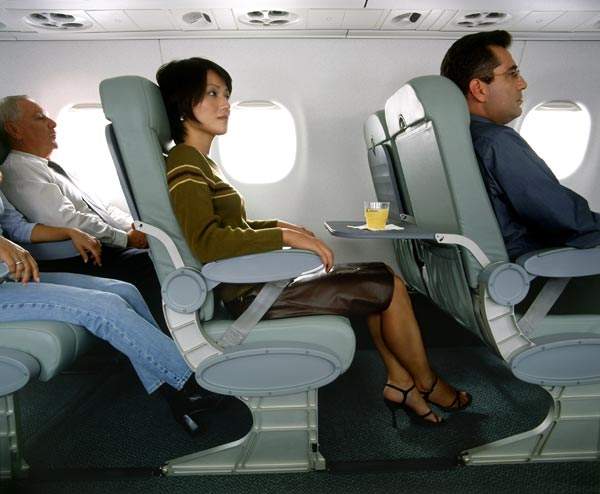 The Embraer 170 was launched in June 1999 and took its maiden flight in February 2002. The fifth of six flight test aircraft took its first flight in July 2002. The flight tests were carried out from Embraer’s main site in Sao Jose dos Campos and from the Gaviao Peixoto industrial centre where Embraer constructed a 5,000m-long, 95m-wide runway, which is the longest runway in Latin America.

The aircraft gained Brazilian, US and European certification in February 2004 and the first aircraft was delivered to Alitalia in March 2004. The aircraft entered service with LOT airlines of Poland in March 2004. The first flight of the 175 took place in June 2003 and the aircraft entered service with Air Canada in July 2005. Federal Aviation Administration (FAA) certification was received in September 2006.

By June 2009, 885 firm orders were secured by Embraer for the entire 170/190 family of commercial jets. These were ordered by 53 customers in 35 countries worldwide.

Gulf Air leased two Embraer 170 jetliners in January 2010. The lease was initially signed for three years with an option to extend it by five more years. Gulf Air will deploy the jet as part of its plan to realign and expand its regional and international network.

The 170/190 regional jet family is developed through a partnership program with major aerospace contractors, involving 16 risk-sharing partners and 22 main suppliers.

“The Embraer 170 aircraft is the first of a new family of commercial jets.”

Embraer is responsible for the design and development of the aircraft, manufacture of the forward fuselage, fuselage centre section II, wing-to-fuselage fairings, wing assembly and whole aircraft integration. Other companies responsible for structural sections of the aircraft include Kawasaki Heavy Industries from Japan, Sonaca of Belgium, Latécoère of France and Gamesa of Spain.

The US-based C&D Aerospace is supplying the passenger cabin and cargo compartment interiors of the aircraft.

These companies created subsidiaries in Brazil for the local manufacture of parts.

Assembly of the Embraer 170 is carried out in a dedicated newly constructed 16,000m² facility, which has the capacity for eight aircraft under construction. A 4,000m² painting hangar was installed.

Design tools employed included digital modelling and virtual reality, and over 2,000 hours of wind tunnel tests. The aircraft is of low wing design with podded engines mounted below the wings. The wings of the Embraer 170 are fitted with winglets, which reduces the drag of the tip vortex and provide increased lift and improved efficiency of the wing.

The aircraft features a ‘double-bubble’ fuselage, which provides more volume in the passenger cabin, with more room at passenger’s feet and shoulder levels and easier access to the overhead baggage bins.

The interior cabin is designed by C&D Interiors and seats 70 passengers in a four-abreast configuration with an 81cm (32in) seat pitch.

The Embraer 170 is fitted with two underwing-mounted engines, type CF34-8E, rated at 62.28kN. The engines and engine nacelles are supplied by General Electric. The engines are controlled by a full authority digital engine control (FADEC), a fully redundant, computerised management system, which optimises the engine performance at each phase of the flight, resulting in reduced fuel consumption and maintenance costs.

The aircraft carries 9,470kg of fuel and is fitted with a Parker Hannifin fuel system. The ERJ-170 long-range variant is fitted with additional fuel tanks installed in the baggage compartment.

At long-range cruise speed and with full passenger seating, the Embraer 170 has a range of 3,889km. The aircraft is capable of operations between city pairs Dallas to Halifax, Paris to Moscow, Hong Kong to New Delhi, and Brasilia to Caracas.

The high-performance, high-efficiency engines are very quiet and the aircraft meets and exceeds the noise and emission-related requirements established by the International Civil Aviation Organisation (ICAO). The field performance enables the aircraft to operate efficiently at airports located in strategic places that present operational restrictions, such as London City Airport, Santos-Dumont and Florence Airports.

Forward and aft doors on both sides of the fuselage allow rapid boarding and deplaning with simultaneous servicing. The aircraft has ten-minute single-point refuelling and the under-wing engines can be serviced from the ground without stands.