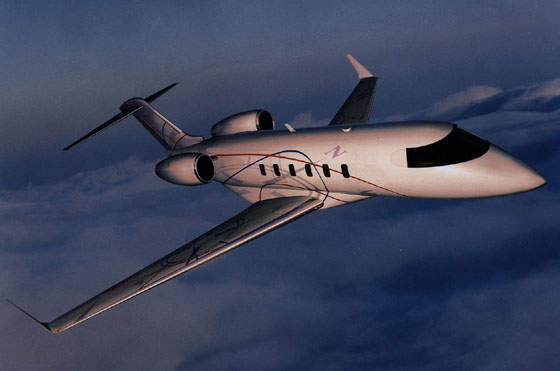 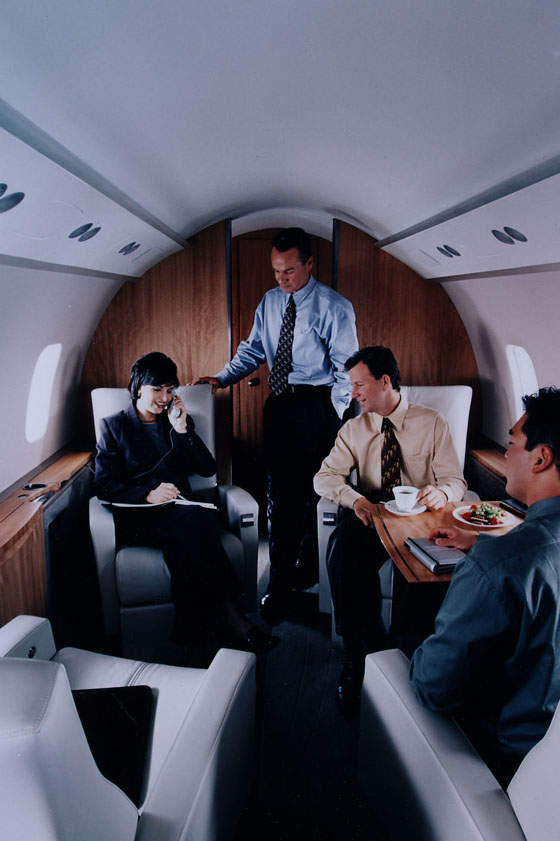 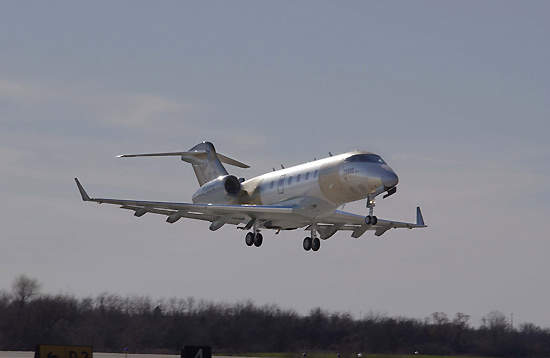 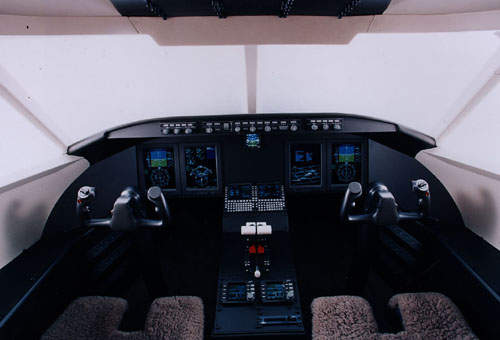 The Bombardier Challenger 300 flight deck. Rockwell Collins was given the task of supplying the Pro Line 21 integrated avionics system. 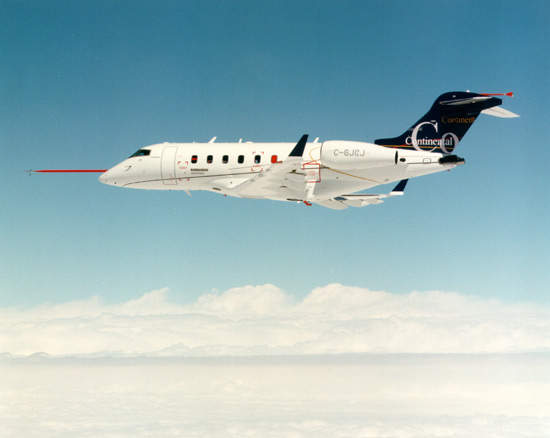 The aircraft can carry up to eight passengers coast-to-coast across America. 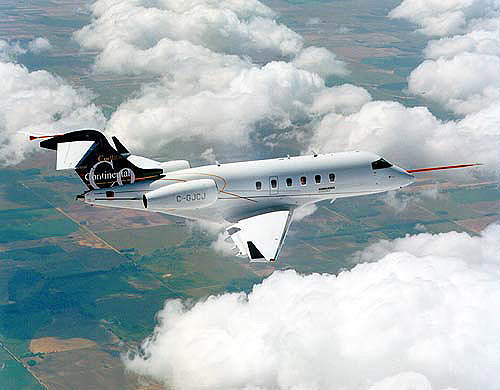 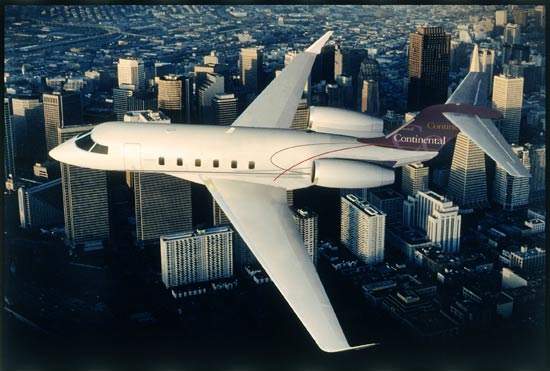 The aircraft has two Honeywell AS907 turbofan engines each providing 35.81kN (8,050lbs) thrust. 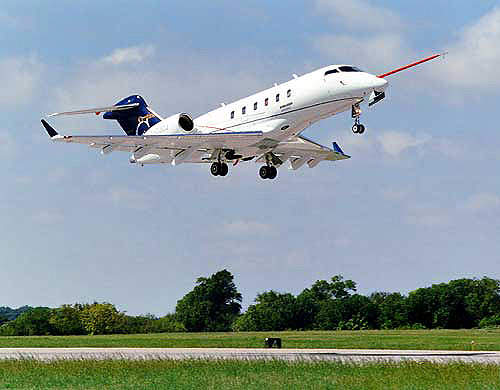 The Challenger 300 requires a take-off airfield length of less than 5,000ft.

The Challenger 300, originally known as the Continental Business Jet BD-100, is medium size trans-continental business jet from Bombardier Aerospace of Canada. The aircraft was renamed in September 2002.

The aircraft carries up to eight passengers in a cabin with stand-up headroom over a non-stop range of 3,100nm, i.e. coast-to-coast range across America, using a take-off airfield length of less than 5,000ft.

"The Challenger 300 carries up to eight passengers over a non-stop range of 3,100nm."

The aircraft was launched in 1999 and the first flight of the aircraft took place in August 2001 from Bombardier’s Learjet plant in Wichita, Kansas.

The aircraft received certification from Transport Canada in May 2003, US Federal Aviation Authority in June 2003 and European Joint Aviation Authorities in August 2003. The Challenger 300 entered service with Flexjet in January 2004.

Bombadier has received firm orders for over 220 aircraft, including 17 for Bombardier’s subsidiary company Flexjet based in Dallas and Flexjet Europe in Hounslow, UK, for its fractional ownership programme.

By owning a fractional interest in the aircraft, corporate customers have the availability of business jet travel. All aircraft operations are professionally managed on the owners’ behalf by Flexjet, including flight crew employment and maintenance for a fixed monthly management fee.

In September 2007, XOJET of San Carlos, California, placed the largest single order received for the Challenger 300 – a firm order for 20 jets with options for an additional 60 aircraft. Deliveries are scheduled to begin in late 2008.

In November 2004, the aircraft set a world speed record for its class for a journey from Carlsbad, California, to Bangor, Maine. With two pilots and eight passengers, the Challenger 300 travelled the 4,365km (2,712 miles) in 4 hours 41 minutes, cruising at an average speed of 921km/h (572mph).

The Challenger 300 has a conventional all-metal airframe. Winglets reduce lift-induced drag. Canadair is responsible for building the forward section of the fuselage including the cockpit and primary flight controls.Mitsubishi Heavy Industries builds the wings.

Bombardier Aerospace in Belfast is responsible for construction of the centre fuselage. The rear fuselage and tail are built by AIDC of Taiwan. Hawker De Havilland Australia supplies the tailcone and the auxiliary power installation unit.

The component sections are transported to the Bombardier Aerospace Montreal Dorval facility for final assembly.

The main performance parameters are the aircraft’s non-stop range of 5,741km combined with its ability to take-off from airstrips of 1,509m. The high cruise speed is Mach 0.82 or 870km/h and the maximum operating altitude is 45,000ft or 13,716m.

The aircraft is fitted with a Rockwell Collins digital weather radar.

The business-class cabin provides a working environment to corporate executive standards. The passenger cabin has an area of 13.28m² and seats eight business passengers in double-club seating. The cabin can alternatively be configured with a 16-seat high-density interior. The cabin is fitted with tracked swivelling recliner seats each with a table, a power point and telephone point.

"The Challenger 300 has two Honeywell AS907 turbofan engines each providing 35.81kN thrust."

The two integral wing tanks hold 6,124kg of fuel. The aircraft is equipped with an Intertechnique fuel system. Gravity fuelling points are located on the top of each wing. There is a single point pressure refuelling and defuelling port.