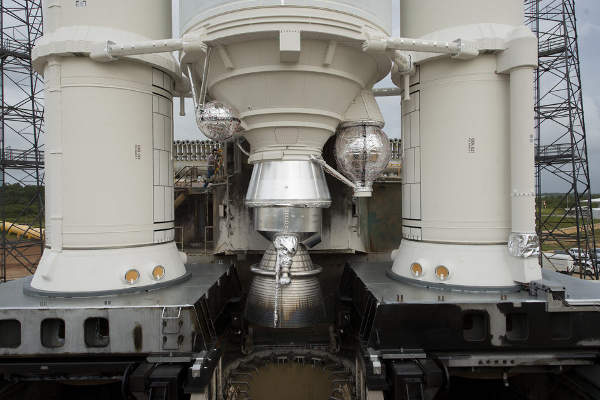 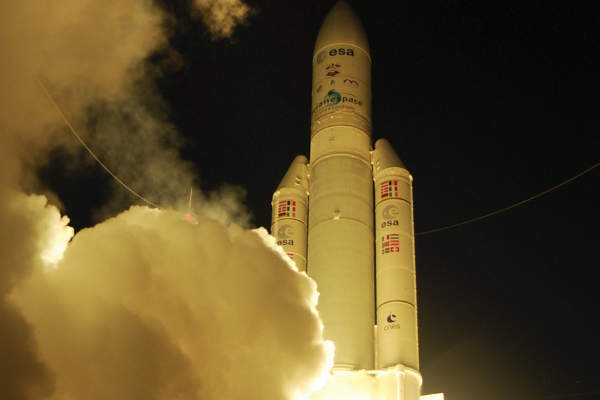 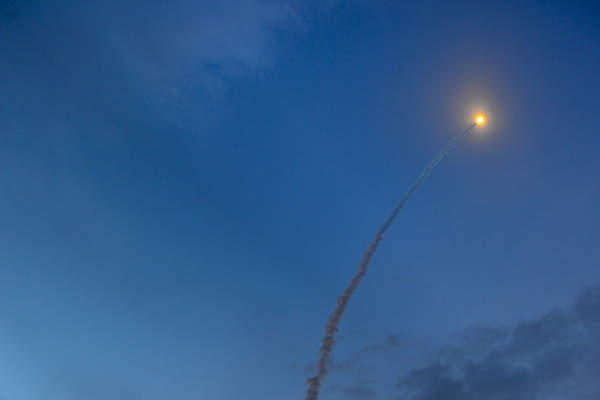 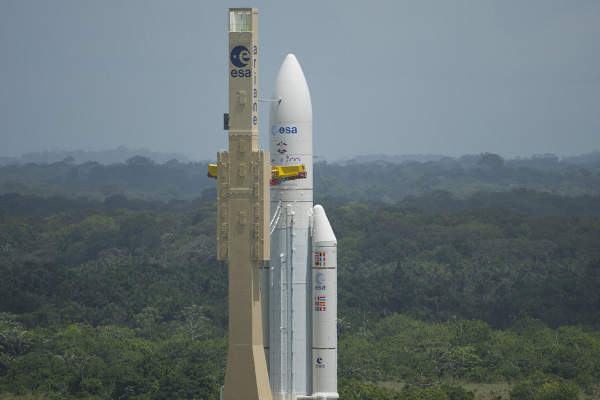 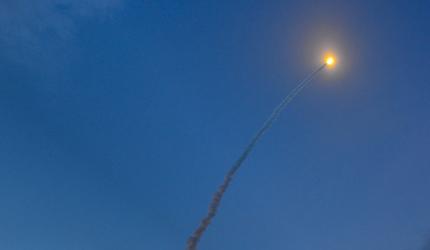 ATV Albert Einstein is the fourth automatic transfer vehicle (ATV-4) launched by European Space Agency (ESA) for carrying cargo to the International Space Station (ISS). ATV-4 is the heaviest cargo vessel launched by ESA and has a cargo carrying capacity of 5,730kg.

It was launched from Ariane 5 launcher on 5 June 2013 by usinng a cylindrical adapter with locking and separation system. It was jettisoned after 70 minutes of deployment.

ATV-4 spread its four solar arrays accounting to a total span of 22.3m, after 100 minutes of deployment. Each array is individual in orientation, and can automatically orient accordingly to absorb the maximum sunlight, producing 4,800W of electricity that can be stored in batteries in its service module.

The space cargo vessel was docked successfully to Zvezda module of the ISS on 17 June 2013, after ten days of free flight.

ATV-4 has a cylindrical structure with a length of 10.7m, diameter of 4.5m, and an internal volume of 48m³. The vessel is covered by a protective layer for protection against meteoroids.

It consists of three major sections with a conical front, integrated cargo carrier (ICC) and service module. The front cone hosts docking system and sensors that are useful in orbital manoeuvre of the vessel. The nose is incorporated with 235kg Russian docking system, integrating an 80cm hatch, and extendable probe and alignment mechanism.

Skylon is an unmanned reusable cargo spacecraft being designed by UK-based Reaction Engines (REL) for the UK Space Agency (UKSA)..

The front cone of ATV-4 is equipped with sensors. Two telegoniometers help guide the ATV-4 to ISS by continuously calculating the distance and direction of the ISS from the vessel. Two video metres process the image and calculate distance and orientation of the ISS. The front cone also integrates two star trackers to determine the constellations in the sky. Two visual video targets onboard the ATV assist crew for visual supervising during final approach, and eight mini-jets ensure the control of attitude.

ICC constitutes 60% of the total volume of the ATV-4, with a maximum capacity of 6.6t of cargo. It comprises both pressurised and non-pressurised module.

The pressurised module has a volume of 48m³ and houses eight modular aluminium racks holding dry cargo. It can host up to two crew members working for eight hours.

The non-pressurised module located at the rear makes up 10% of the ICC volume. It can carry liquid cargo such as refuelling propellant. Air from the ICC can be manually transferred into the atmosphere of the ISS.

The equipped external bay (EEB) of the ICC carries liquid cargo and gasses. The EEB is placed behind the link between service module and cargo carrier. It has 22 tanks of different sizes to carry propellant for its propulsion system, water and gas for the crew. The contents of the EEB can be transferred to the ISS through pipes.

"The service module of ATV-4 is the non-pressurised section integrating propulsion, avionics systems and supporting systems"

The service module of ATV-4 is the non-pressurised section integrating propulsion, avionics systems and supporting systems. It hosts all the propellant tanks between the main engine and the avionics bay. It includes eight titanium propellant tanks which can store 7f of liquid propellants. Helium at high pressure is stored in two carbon fibre tanks. The helium is used to pressurise the propellants.

Its avionics bay is a 1.36m-high cylindrical structure located in the upper part of the service module. It accommodates vital components such as computers, gyroscopes, navigation and control and communication systems. Ten carrier trays holding these vital components are protected from temperature variations with the help of variable conductance heat pipes.

The service module featuring highly developed design with independent avionics and hardware lanes makes the ATV-4 redundant in case of any system failure.

ATV-4 can carry 2,480kg of dry cargo, 2,580kg of propellants, 570kg of drinking water, and 100kg of gases. The vessel will be loaded with waste from the ISS, after transferring the cargo to the ISS.

ATV-4 is powered by four main engines and 28 mini thrusters. Each engine produces a thrust of 490N, where as each mini thruster develops 220N of thrust. Four control units that are linked to the vessel’s main computers operate all the engines of the vessel.

ATV-4 is controlled and monitored from a control station (ATV-4-CC) located in Toulouse space centre. It carefully monitors the vessel’s approach to the ISS and controls undocking of ATV-4 after the mission.

The ATV-4 control station works in coordination with the Guiana Space Centre, Mission Control Centres in Moscow and Houston. Columbus Control Centre acts a hub for all the communications among the partners of the programme.

ATV-4 can perform automatic docking, undocking, debris avoidance and attitude control of space station. It can also raise the orbit of the ISS to avoid atmospheric drag.

In addition to the safety layers of ATV-4 such as onboard controls and on-ground controls, the crew of the ISS acts as the last layer of safety in case of any malfunctioning of the ATV-4. The astronauts in the ISS can also control ATV-4 once the radio link is established between the vessel and the space station.

The crew monitors the ATV-4 approach carefully by video and can push the ATV-4 away from ISS in case of malfunctioning.