Ever since the retirement of Nasa’s Space Shuttle Programme in 2011, the world’s space-able nations have been examining alternative options to supply suborbital space stations and further human space exploration. The space shuttle programme’s legacy has definitely shaped future technologies, most notably SpaceDev’s Dream Chaser spacecraft, which bears a resemblance to the now-retired space shuttle design.

This, however, hasn’t stopped experimentation, with capsule designs such as Boeing’s CST-100 and SpaceX’s Dragon, with Virgin Galactic opting for an altogether different method of sending would-be astronauts into space. 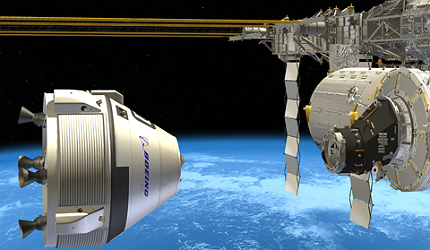 Boeing’s CST-100 crew transport spacecraft has been designed by Boeing Space and Intelligence Systems in collaboration with Bigelow Aerospace to transport astronauts to the International Space Station.

Launched atop an Atlas V launch vehicle, the spacecraft will take off from Florida, US, in 2016.

Boeing entered into an agreement with Nasa and Space Florida in October 2011 to construct an assembly and manufacturing plant for the CST-100 at the Kennedy Space Centre in Florida, US. 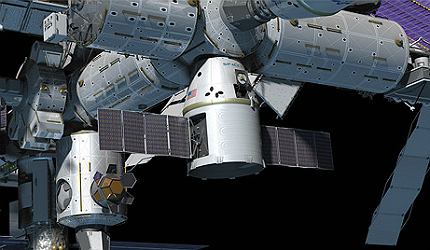 Developed by US-based Space Exploration Technologies, the Dragon capsule is designed as a reusable resupply aircraft that can transport both crew and cargo to the International Space Station.

The first cargo version of the vehicle was launched into low-Earth orbit using a Falcon 9 launch vehicle in December 2010, and the second SpaceX Dragon, launched in 25 May 2012, became the first private spacecraft to berth at the ISS.

Space Exploration Technologies will now start contracted supply transport missions to and from the ISS as of September 2012, with a manned version expected to be ready for its first test flight in 2015. 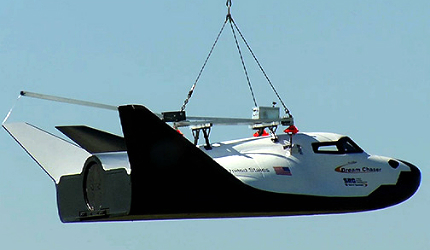 Dream Chaser is a vertical-takeoff, horizontal-landing (VTHL) spacecraft being developed by SpaceDev, a subsidiary of Sierra Nevada Corporation.

Although initially planned as a suborbital vehicle, Dream Chaser will be used to transport crew to the International Space Station.

SNC entered into a partnership with Nasa to develop a Commercial Crew Transportation System, with the programme funded by the US Government and administered by Nasa. The first full-scale flight test was completed in May 2012, and a preliminary design review is now ongoing. 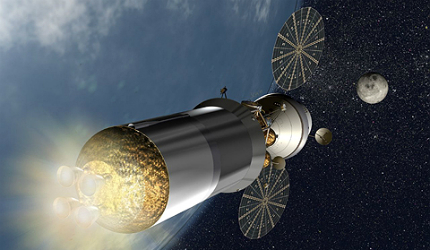 The Orion crew exploration vehicle has been designed and manufactured by Lockheed Martin for use by Nasa to transport both crew and cargo to the International Space Station, the Moon and potentially Mars.

Development of the vehicle commenced as part of Nasa’s Constellation programme before being restructured as a result of the programme being cancelled by the US Government.

Designed to serve for 210 days, the preliminary design review of the Orion spacecraft was completed in September 2009, and the first manned flight is scheduled for 2015. Ambitious plans to land the vehicle on the Moon in 2020 and Mars in 2030 have also been tentatively announced. 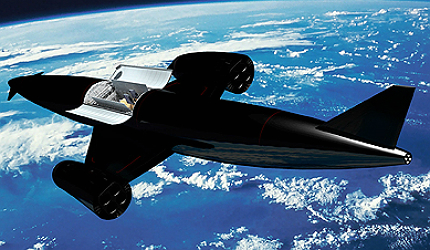 Artistic rendering of Skylon in space

Although originally designed as a cargo spacecraft, the Skylon vehicle could also be used to transport manned modules in the future.

Designed by Reaction Engines and the UK Space Agency, Skylon will be capable of transporting 12,000kg of freight to the International Space Station.

The total cost of the spacecraft’s development is expected to total around $12bn. The key feature of Skylon is its two synergistic air breathing rocket engine (SABRE) engines, which can operate as conventional jet engines as well as rocket motors. 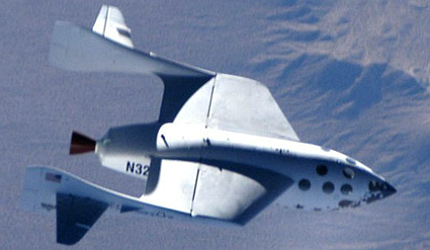 Championed by Sir Richard Branson, the Virgin Galactic family of commercial spacecraft have been designed to enable space tourism on a grand scale, sending space tourists into suborbital space.

The spacecraft have been designed to allow almost anyone to experience genuine space flight without the need of special expertise or training. The seats are inclined so g-forces act in the direction from the chest towards the back of the body, rather than downwards from the head.

Although initially planned to take place once a week, plans are afoot to schedule as many as two space flights a day, depending on demand. 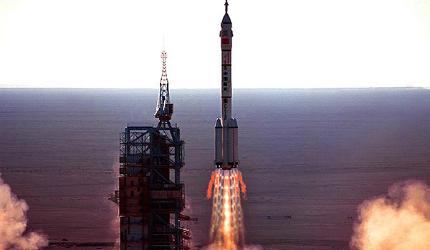 Initiated by the Republic of China in 1992, it was only in 2003 that China became the third nation to send humans into space. The ninth launch under the Shenzhou programme occurred successfully on 16 June 2012, with two further launches scheduled.

The ultimate aim of the Shenzhou programme is to develop manned space flight technologies including docking, rendezvous and extravehicular capabilities with the aim of supporting the establishment of China’s space station by 2020.

Lunar explorations are also planned, with China recently announcing its intention to attempt its first lunar surface landing, although the nation has not put a time frame on when it hopes to land a manned spacecraft on the moon.