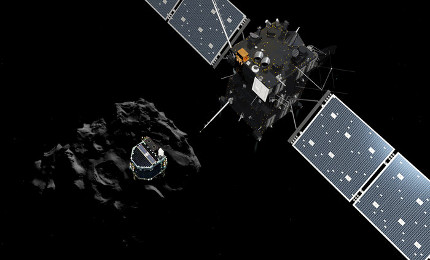 Missing AirAsia flight suspected to have crashed in sea off Indonesia

The missing AirAsia flight could have crashed into the Java Sea off the Indonesian coast after the pilot’s request to change course was turned down, rescue officials said.

AirAsia Flight QZ8501 was flying from Surabaya city in Indonesia to Singapore. Halfway into its journey, the pilot made a request to change to a higher altitude due to bad weather.

The air traffic control could not accommodate the request as the route was busy. The flight went missing five minutes thereafter.

The European Space Agency’s (ESA) Rosetta spacecraft made history by successfully placing small lander Philae onto the surface of the 67P/Churyumov-Gerasimenko comet.

It is the first time that a robot has landed on a comet after a journey a six billion kilometre journey through space, which took more than ten years.

The 100kg lander arrived at the comet on schedule. A thruster, which was intended to push the robot, and harpoons which were used to anchor it to the surface failed to deploy as planned, causing the Philae to bounce away from the landing site.

Searches are continuing for the missing Malaysia Airlines Boeing 777-200ER aircraft, which disappeared off radars an hour after takeoff from Kuala Lumpur.

The MH370 flight is believed to have crashed off the Vietnam coast, and Malaysia and Vietnam, along with several other countries, are conducting search-and-rescue operations on an area of the South China Sea, south of Vietnam.

The aircraft was carrying 227 passengers and 12 crew members. According to reports, it was cruising at an altitude of 35,000ft when it lost contact on Saturday 8 March.

The new concept will see the aircraft equipped with touchscreen technology, which will allow passengers to adjust lighting or change the panoramic view of the skies.

It will provide passengers with views outside the aircraft captured by cameras mounted on the aircraft’s exterior.

US and the Ukranian authorities are saying that the Boeing 777, which was on its way to Kuala Lumpur from Amsterdam, was hit by a ground-to-air missile.

The Ukranian Government and the pro-Russia rebels in the country have blamed each other for shooting the plane with a missile.

If finalised, the firm order along with options could take Qatar Airways’ 777X order to 100 aircraft, valued at around $40bn at list prices.

It also plans to buy four 777 Freighters with options for another four, which have a combined value of approximately $3bn at list prices.

Nasa selects Boeing and SpaceX for flights to ISS

Boeing and SpaceX were selected by Nasa to fly astronauts to the International Space Station (ISS) and back aboard their CST-100 and Crew Dragon spacecraft.

Nasa’s decision was in line with efforts to end the country’s dependence on Russian spacecraft by 2017.

Under the commercial crew transportation capability (CCtCap) contracts, Boeing and SpaceX will each conduct at least one crewed flight with Nasa astronaut aboard, to test and validate the rocket and spacecraft system can launch, manoeuvre in orbit, and dock to the ISS.

Solar-powered aircraft Solar Impulse 2 has completed its maiden flight in Payerne, Switzerland, moving a step closer towards a round-the-world voyage in 2015. 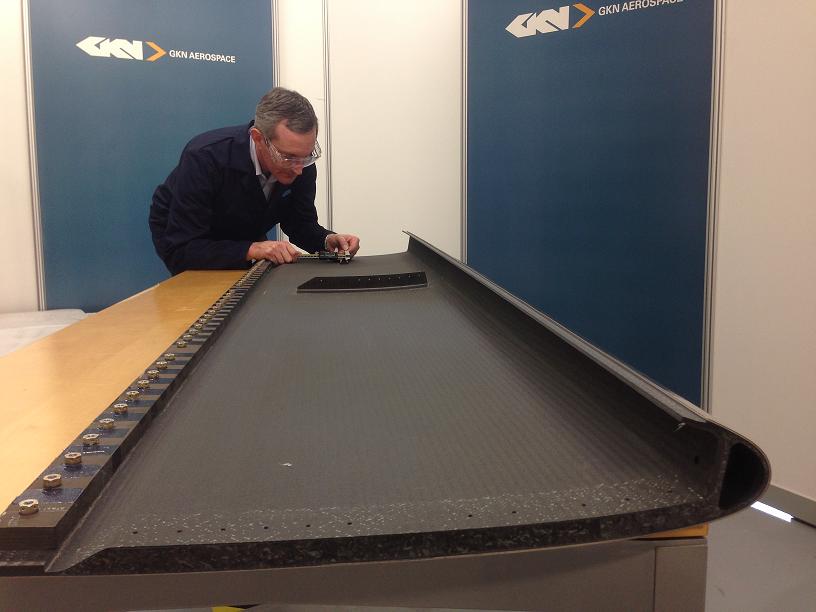 The new wing concept is developed as part of the ground based structural and systems demonstrator phase of the Clean Sky smart fixed-wing aircraft programme.

GKN has delivered the wing technology demonstrator to the Clean Sky programme, which will make further improvements to the technology.

Engineers at BAE Systems’ Advanced Technology Centre worked on a concept to give aircraft human-like ‘skin’, which is claimed to detect wind speed, temperature, physical strain and movement more accurately than existing technology. 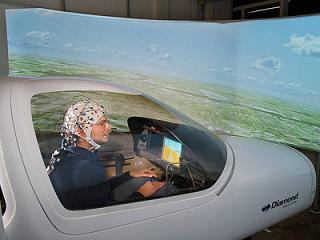 Scientists from the Institute for Flight System Dynamics at Technical University of Munich (TUM), Germany demonstrated the feasibility of flying a brain-controlled aircraft.

"With brain control, flying, in itself, could become easier," Fricke said. "This would reduce the workload of pilots and thereby increase safety.

"In addition, pilots would have more freedom of movement to manage other manual tasks in the cockpit."

The world’s longest aircraft, HAV304, was unveiled at a hangar in Cardington, Bedfordshire, UK.

The 113ft-wide aircraft, known as HAV304, was originally developed for the US military, and was later abandoned due to budget issues.

The aircraft is being developed by Hybrid Air Vehicles, with plans to build it for passenger and cargo purposes.

Designed to stay airborne for nearly three weeks, the ultra-green HAV304 can be used in a variety of applications, including surveillance and communications.

The aircraft combines the features of aeroplane, airship and helicopter designs and costs nearly $100m.