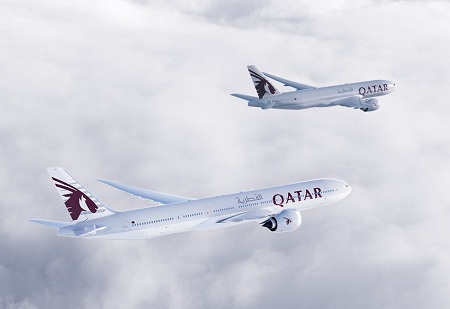 If finalised, the firm order along with options could take Qatar Airways’ 777X order to 100 aircraft, valued at around $40bn at list prices.

It also plans to buy four 777 Freighters with options for another four, which have a combined value of approximately $3bn at list prices.

Qatar Airways CEO Akbar Al Baker said: "The Boeing 777 is a key component of our fleet and we look forward to building on this with the next-generation 777-9X."

Boeing Commercial Airplanes president and CEO Ray Conner said: "Today signifies a new chapter in our relationship, with Qatar Airways’ endorsement of the 777X as well as their ongoing confidence in the value of the 777 Freighter.

"These orders validate the market leading role that the 777 and now the 777X will continue to play in the Middle East’s passenger and cargo market."

Powered by the GE9X engine, the 777X will feature an all-new composite wing with a longer span compared with the existing 777.

Boeing is in the process of designing 777X, with plans to begin the production in 2017 and has secured 300 orders and commitments from six customers across the world.

Image: The 777X and 777 Freighter in Qatar Airways livery. Photo: courtesy of Boeing.