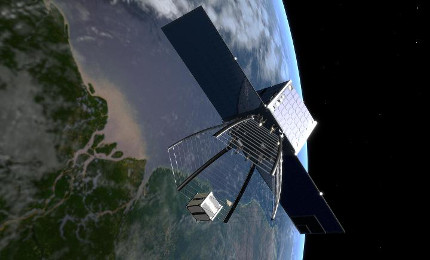 The acquisition is expected to strengthen Lockheed Martin’s presence in aerospace and defence products, and the technologies segment.

Following the deal, Lockheed will become one of the major helicopter producers in the military and commercial rotorcraft market.

The company plans to operate Sikorsky under its Mission Systems and Training (MST) business segment.

UK-based GKN signed a deal to acquire Netherlands-based Fokker Technologies from Arle Capital for €706m, in order to strengthen its presence in the aerospace industry.

The company also provides maintenance, modification and logistic services to aircraft owners and operators, and has a workforce of around 5,000 with operations in Europe, North America and Asia.

Zero-fuel Solar Impulse 2 (SI2) halted its round-the-world flight until early April 2016 over a major failure of its batteries due to overheating.

Earlier this month, the solar-powered aircraft completed its eighth stage trip from Nagoya, Japan, to Hawaii, US.

During the record 117h and 52min flight, the SI2 batteries overheated due to a high-climb rate and an over-insulation of the compartment.

Belgian firm Solvay signed a deal to acquire US-based Cytec for $5.5bn, to exploit the demand for lightweight composite materials in the aerospace industry.

Cytec is engaged in the production of composite materials and mining chemicals.

Engineers from eSpace, Swiss Federal Institute of Technology in Lausanne (EPFL), and the University of Applied Sciences and Arts of Western Switzerland (HES-SO) completed the prototype stage of the Clean Space One (CSO) project, aimed to develop technologies to clear space debris.

The team finalised critical decisions associated with the development of the approach and capture systems.

Scientists are working towards sending a space clean-up satellite into orbit to capture the SwissCube satellite, which has been in Earth orbit for more than five years, and destroy it in the atmosphere.

Airbus completed the longest-ever flight of its electrically powered E-Fan aircraft, which traversed the English Channel.

Researchers from Fraunhofer Society of Germany are developing a space surveillance system that will help tackle potential collisions of satellites and spacecraft with space debris in low-Earth orbit.

The tracking radar being developed for DLR Space Administration is scheduled to go into operation in 2018.

DLR awarded a contract to the Fraunhofer Institute for High Frequency Physics and Radar Techniques FHR to develop the radar system.

A team of scientists, including some from the University of Sheffield, trialled a bomb-proof lining technology on an aircraft at Cotswolds Airport in the UK.

Named Fly-Bag, the bomb-proof lining was evaluated through a series of controlled explosions in the luggage hold of unused aircraft, near Cirencester.

Fly-Bag lines an aircraft luggage hold with multiple layers of fabrics and composites to manage the impact of bomb blasts.

Russian Internet entrepreneur Yuri Milner and physicist Stephen Hawking partnered to launch a $100m initiative to search for extraterrestrial life in the universe.

Called Breakthrough Initiatives, the venture will scan signals from one million closest stars, galactic planes of the Milky Way, and messages from the 100 closest galaxies to Earth.