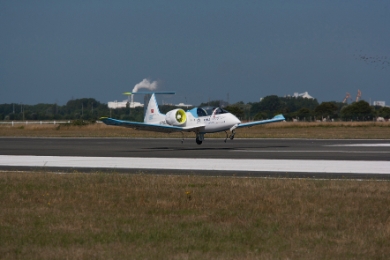 Airbus has completed the longest-ever flight of its electrically powered E-Fan aircraft, which traversed the English Channel.

"We continue to embody the spirit of innovation and tackle technical challenges which both advance aerospace as we know it today and pioneer the next-generation of electric and hybrid flight."

Just a day before Airbus’ flight, French pilot Hugues Duval completed a successful flight of his battery-powered Cricri aircraft from Calais to the English shoreline and back.

Airbus E-Fan aircraft completed its first flight in March 2014, and is expected to commence production in 2017.

The company plans to develop a four-seater E-fan 4.0 with hybrid engines later this decade, to enhance its range and endurance.