X
Advertise with us
Bhavana 8 February 2016 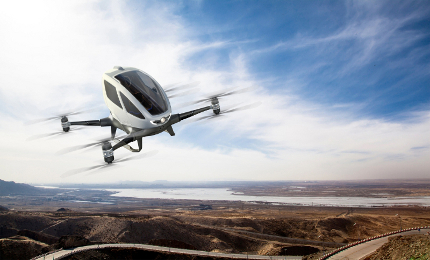 Iran Air signed an agreement worth $25bn to buy 118 aircraft from Airbus, marking the country’s return to the international civil aviation community.

A Canadian engineer unveiled a design concept for a new Antipode hypersonic jet plane that can fly from New York to London in 11 minutes.

Antipode can carry ten people at a time and fly up to 20,000km per hour.

The new jet concept follows engineer Charles Bombardier’s earlier hypersonic jet concept, the Skreemr, which is capable of carrying 75 passengers, to reach the speed of Mach 10.

US astronaut Scott Kelly announced that crew members at the International Space Station (ISS) have grown a zinnia flower.

Russian aviation engineer Vladimir Tatarenko developed the concept of a detachable cabin for aircraft that could save lives in a crash.

After spending three years on the project, Tatarenko recently released a video, showcasing how the technology works during an emergency situation.

The prototype of the new cabin concept has a detachable cabin, which can be ejected at any time during takeoff, mid-air or landing and facilitate a safe landing for passengers.

The prototype looks similar to a helicopter. By pressing two buttons, take off and land, the flier can reach his destination. The autonomous aerial vehicle (AAV) can be used in shipping, medical care and retail, as well as other sectors in the transportation industry.

The OneWeb constellation of low Earth orbit satellites is intended to provide connectivity to remote areas worldwide, with more than ten terabits per second of new capacity by 2019.

OneWeb Satellites, equally owned by Airbus and OneWeb, will also build satellites, platforms and equipment for other operators. The equipment will be marketed by Airbus.

Under commercial resupply service (CRS-2) contracts, the companies will deliver critical science, research and technology equipment to ISS from 2019 to 2024.

Under the contract, companies will also be responsible for bringing back surplus cargo, research samples and other cargo from the ISS back to Earth.

Boeing announced it will reduce the production rate of its 747-8 in order to align supply with near-term demand in the cargo market.

The reduction is the fourth for the company in less than two years.