X
Advertise with us
Mrinmoyee 18 January 2016 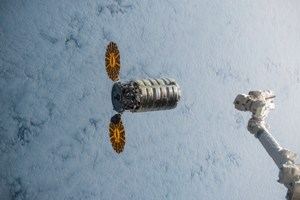 Under commercial resupply service (CRS-2) contracts, the companies will deliver critical science, research and technology equipment to ISS from 2019 to 2024.

Under the contract, companies will also be responsible for bringing back surplus cargo, research samples and other cargo from the ISS back to Earth.

Each of the companies will be given at least six cargo resupply missions.

Total value of all contracts would be up to $14bn. However, the exact value of the contracts will vary depending on the types of missions ordered by Nasa.

During the eight years of the contract, starting from this year, Nasa will direct cargo re-supply missions, as and when required.

"These missions will be vital for delivering the experiments and investigations that will enable Nasa and our partners to continue this important research."

"By engaging American companies for cargo transportation, we can focus our attention on using this one-of-a-kind laboratory in the sky to continue advancing scientific knowledge for the benefit of all humanity."

By selecting multiple groups for cargo delivery missions, Nasa aims to minimise the risk of sending materials to the ISS.

To meet all requirements of the space station, Nasa will start discussions and engineering assessments, which will be followed by integration activities later this year ahead of the first missions in late 2019.

ISS programme chief scientist Julie Robinson said: "These resupply flights will be conducted in parallel with our commercial crew programme providers’ flights that enable the addition of a seventh astronaut to the International Space Station.

"This will double the amount of crew time to conduct research.

"These missions will be vital for delivering the experiments and investigations that will enable Nasa and our partners to continue this important research."

Sierra Nevada built a vehicle similar to a space shuttle called Dream Chaser that can be launched vertically with a rocket and land on a runway.