X
Advertise with us
Mrinmoyee 17 January 2016 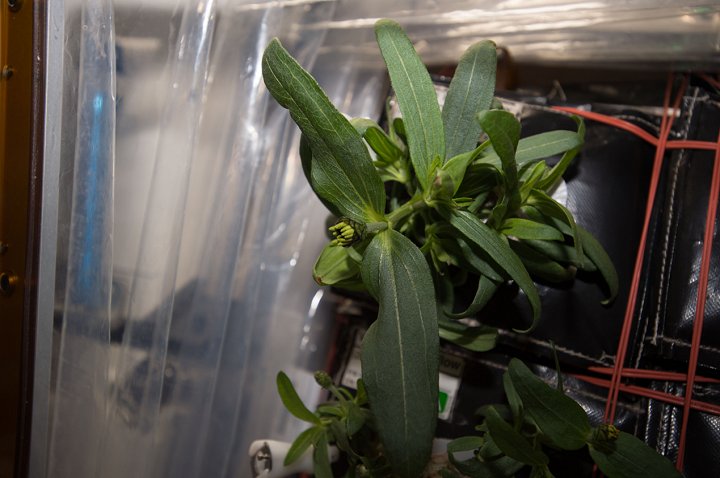 US astronaut Scott Kelly has announced that crew members at the International Space Station (ISS) have grown a zinnia flower.

It has also provided an opportunity for astronauts to continue autonomous gardening, a requirement for future deep space missions.

Nasa Veggie science team lead Gioia Massa said: "I think we have gained a lot from this, and we are learning both more about plants and fluids and also how better to operate between ground and station.

"Regardless of final flowering outcome, we will have gained a lot."

"In future missions, the importance of plants will likely increase given the crews’ limited connection to Earth."

In May 2014, the veggie plant growth facility was installed on the orbiting ISS. The crew managed to grow and eat the first crop, a red romaine lettuce.

"It is more sensitive to environmental parameters and light characteristics.

"It has a longer growth duration between 60 and 80 days.

"Thus, it is a more difficult plant to grow, and allowing it to flower, along with the longer growth duration, makes it a good precursor to a tomato plant."

Nasa is planning to send more crops to ISS, with two sets of Chinese cabbage, and one set of red romaine lettuce.

By 2018, the space agency plans to grow dwarf tomato seeds at the orbiting ISS.

"Studies from other isolated and confined environments, such as Antarctic stations, demonstrate the importance of plants in confinement, and how much more salient fresh food becomes psychologically, when there is little stimuli around."

Image: New petals are beginning to emerge from some of the buds on the remaining plants. Photo: courtesy of Nasa.