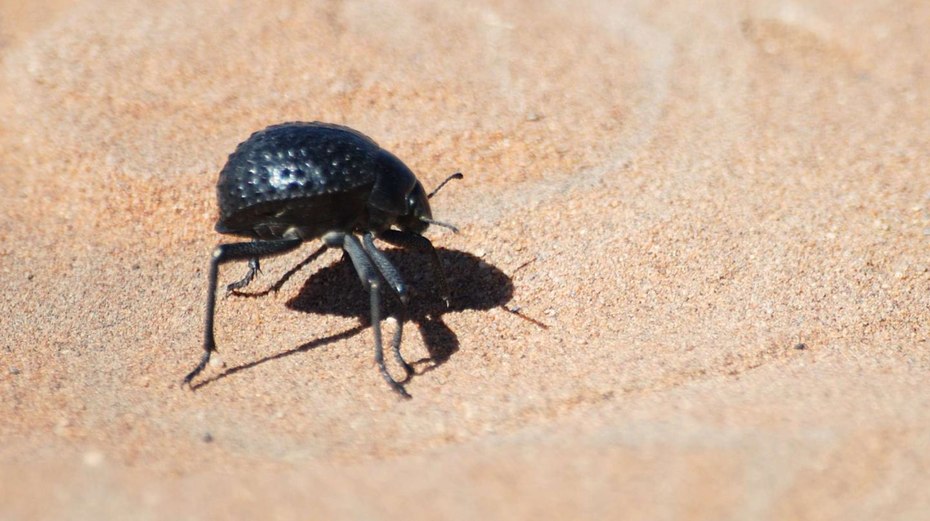 The Namib Desert Beetle is capable of collecting airborne water while living in one of the hottest places in the world.

The Namib Desert Beetle has a bumpy shell and tips of the bumps attract moisture to form drops. The sides are smooth and repel water, creating channels that lead directly to the mouth of the insect.

Virginia Tech College of Engineering Biomedical Engineering assistant professor Jonathan Boreyko said: "The main take away from the Desert Beetle is we can control where dew drops grow."

"Dew drops preferentially grow on the array of hydrophilic dots."

The work at the Oak Ridge National Laboratory piloted the development of frost-controlling chemical patterns that controls the spacing of condensation, consequently controlling the speed frost grows across surfaces.

Work was initially carried out on a surface the size of a centimetre. However, researchers believe the technology can be scaled up to large surface areas.

Boreyko added: "We made a single dry zone around a piece of ice.

"Dew drops preferentially grow on the array of hydrophilic dots.

"When the dots are spaced far enough apart and one of the drops freezes into ice, the ice is no longer able to spread frost to the neighbouring drops because they are too far away.

"Instead, the drops actually evaporate completely, creating a dry zone around the ice."

Image: The Namib Desert Beetle is capable of collecting airborne water while living in one of the hottest places in the world. Photo: courtesy of Virginia Polytechnic Institute and State University / Wikimedia Commons.