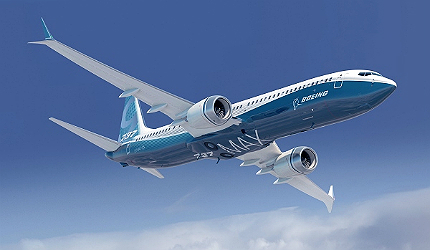 "The MAX is a wonderful replacement for the classic 737s and other single-aisle aircraft around the world."

"The faltering eurozone economy and slow growth in China are being blamed for the subdued level of commitment seen at the show."

The US-based aircraft manufacturer followed up ALC’s order by announcing that aircraft leasing firm GECAS had committed to purchase 100 737 aircraft, comprising of 75 MAX 8s and 25 Next-Generation 737-800s. Ray Conner, Boeing Commercial Airplanes president, heralded the importance of the fuel-efficient aircraft, stating: "This commitment confirms the value of the 737 MAX in today’s competitive marketplace."

The orders mark a significant turn around in fortunes for Boeing after it suffered at the hands of Airbus’s A320neo aircraft at the Paris Air Show in 2011. Boeing ended the event trailing in terms of orders and is still behind the A320, but the early activity and Uvdar-Hazy’s endorsement of the aircraft is likely to boost Boeing.

Airbus did, however, respond with the announcement of a potential $4.2bn order for its A350 passenger jet from Hong Kong-based airline Cathay Pacific. The order comprises of ten new A350-1000 aircraft, with Cathay Pacific converting an existing order for 16 A350-900 aircraft to the larger A350-1000 model.

Airbus may also take solace from further endorsements for its Sharklet winglet devices. Etihad Airways has now decided to take some of the A320s it had on order with the Sharklet winglets, which Airbus claim can provide around 3.5% fuel burn improvement on long-range flights. Of the 20 A320s Etihad has on order, 17 will now be delivered with the devices.

Despite the flurry of early activity, there have been warnings for those who have expected surprise announcements of lucrative orders or investment. Although both Airbus and Boeing have made eye-catching announcements, both orders were documented prior to the show’s opening, with both manufacturers falling behind the levels previously set at Paris 2011.

The faltering eurozone economy and slow growth in China are being blamed for the subdued level of commitment seen at the show, despite airlines feeling the need to modernise fleets in order to reduce the impact of high fuel costs.

Whilst aerospace delegations have continued to swarm towards Farnborough, UK Prime Minister David Cameron toured Farnborough on its opening day in order to push exports of the Eurofighter Typhoon. Senior delegates from Malaysia, Oman and Saudi Arabia were briefed as to the Typhoon’s capabilities.

"The UK Government is to provide financial support of £120m, with £40m earmarked for the Siloet programme."

David Cameron’s visit was followed up by the presence of Business Secretary Vince Cable on the second day of the show, who visited to announce an investment of £120m in aerospace research and technology.

The UK Government is to provide financial support of £120m, with £40m earmarked for the Siloet programme into advanced low-carbon engines research, which is currently led by Rolls-Royce, with Cable adding: "I don’t feel embarrassed to say we want to support this industry and that it is a winner."

Work into the Siloet programme will focus on light-weight materials, lean-burn systems and advanced components.

The financial support will also include £60m for a new aerodynamic centre to be established in the UK, with £15m to be invested into 11 further research and development technologies within the UK. A further £3m will be allocated to fund 500 additional places for aeronautical engineers to take Masters degrees.