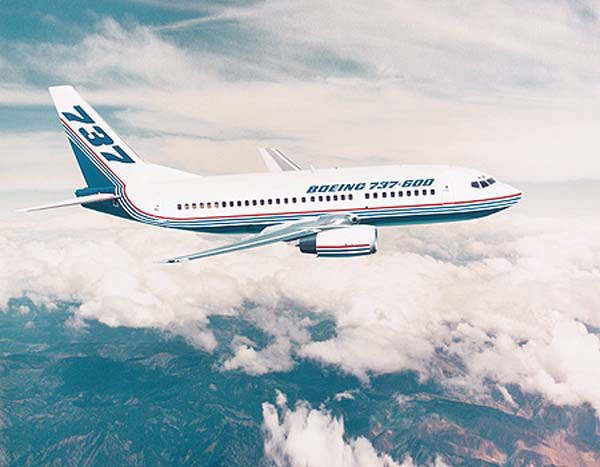 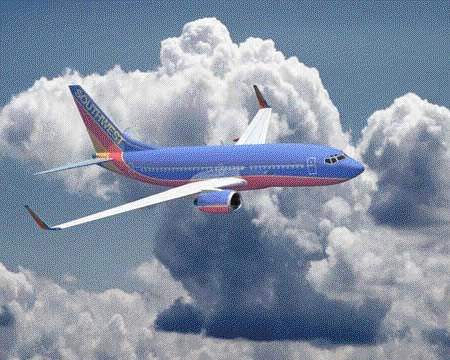 The midsize 737-700 entered service with launch customer Southwest Airlines in 1998. 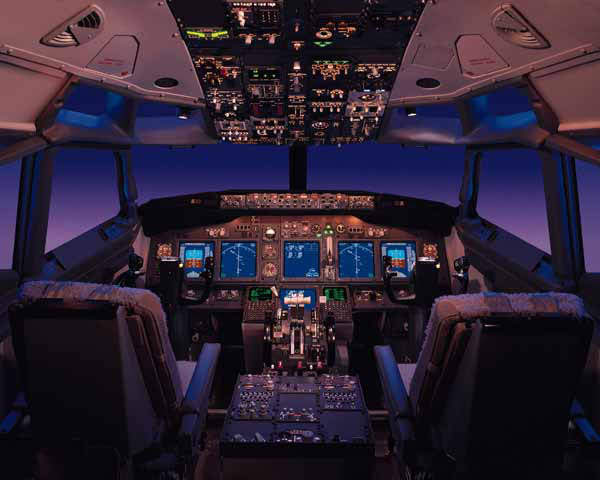 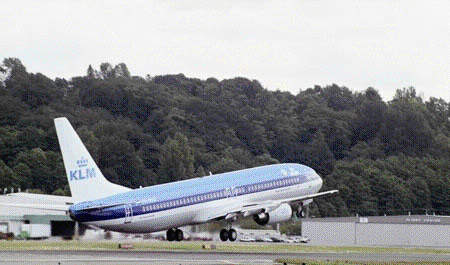 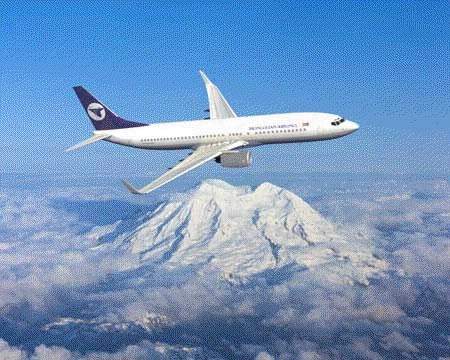 Mongolian Airlines' 737-800 is fitted with winglets, which provide extended range, more payload and savings on fuel. 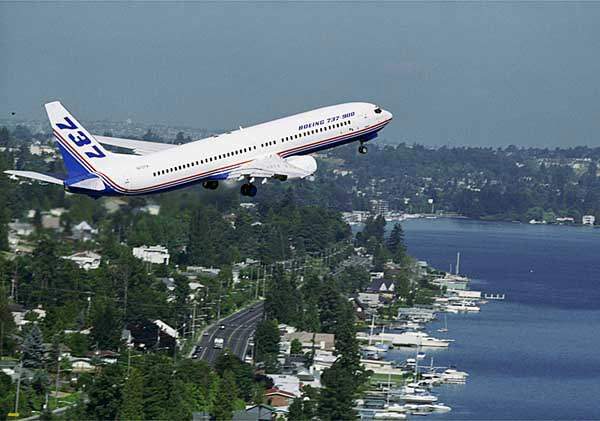 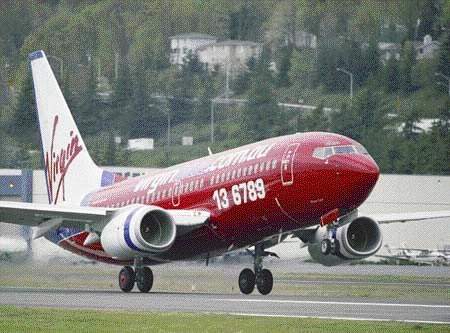 Virgin Blue of Australia was one of the major customers for the 737-800, a stretched version for 162-189 passengers. 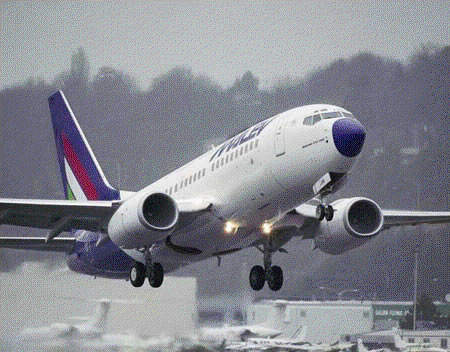 The 737-700 in service with Molev Airlines of Hungary. 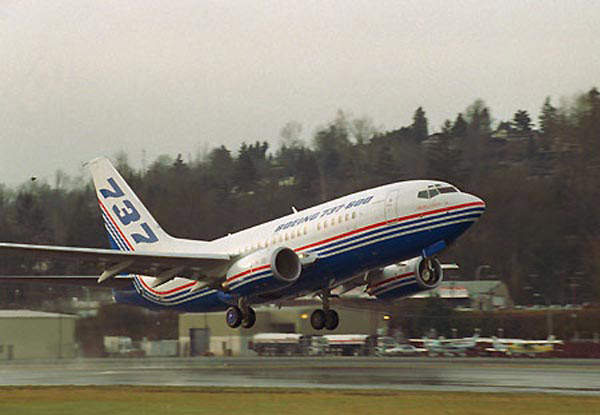 More than 5,000 Boeing 737 twin-engine airliners have been ordered and delivered. 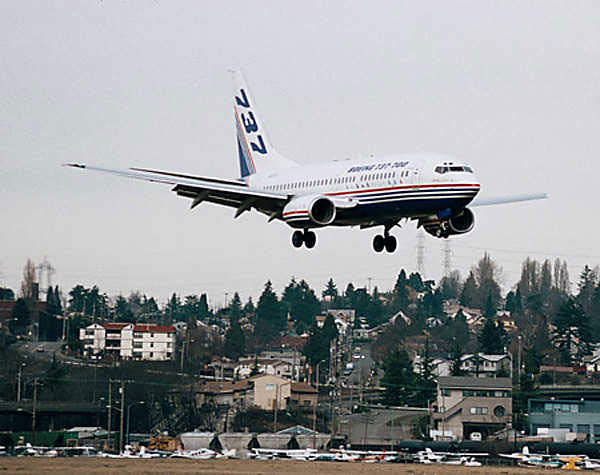 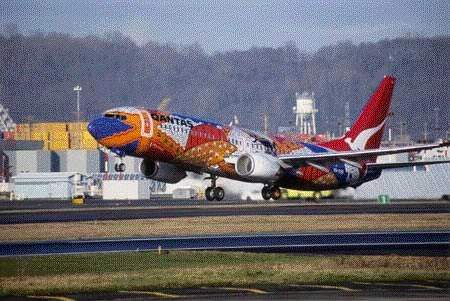 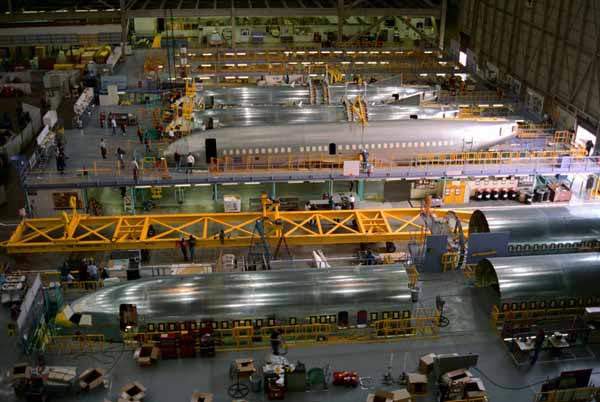 The Boeing 737 twin-engine airliner is the bestselling jetliner of all time. The 5,000th 737 was delivered in February 2006 and the aircraft has carried the equivalent of the world’s population (approximately seven billion passengers).

The aircraft has allowed airlines to provide domestic routes and short-range international flights for over 30 years. The design of the next-generation family of 737s began in 1991 and the newest 737s provide transcontinental and medium-range international flights. The Boeing 737 Next Generation is the name given to the -600 / -700 / -800 / -900 series of the Boeing 737, after the introduction of the -300 / -400 / -500 Classic series.

“The Boeing 737 is the bestselling jetliner of all time.”

International Lease Finance Corporation placed an order for 33 737-800 aircrafts in March 2011. The order is valued at over $2.6bn.

In April 2011, Boeing delivered the fourth of seven aircraft ordered to North Africa-based Air Algerie and a 737-900ER was delivered to Continental Airlines.

One Boeing 737-800NG was delivered to Russia’s S7 Airlines in May 2011 and American Airlines received its first Boeing 737 featuring a Boeing Sky Interior.

The smallest aircraft of the 737 new generation family, the 110-132 seat Boeing 737-600 was launched in 1995 and entered service with launch customer Scandinavian Airlines (SAS) in 1998. All 69 aircraft have been delivered. This variant does not have winglets as an option.

The 737-600 is in service with airlines including Air Algerie, GECAS, Lauda Air and Tunis Air.

The first next-generation 737 with certified performance improvement engines was handed over to China Southern Airlines in July 2011.

The 737-700 is the midsize version carrying 126 to 149 passengers. It entered service with launch customer Southwest Airlines in 1998. Over 1,500 aircraft have been ordered and 960 delivered and the aircraft is in service worldwide.

The 737-700 is the basis for the Boeing business jet (BBJ). There is also a convertible version, the 737-700C, which is offered in an all passenger or all cargo layout and was ordered by the US Naval Reserve (designated C-40A Clipper).

Boeing launched an extended range version, the 737-700ER, in January 2006, with an order from All Nippon Airways (ANA) for two aircraft.

On 25 January 2010 an Ethiopian Airlines 737-800 jet crashed into the Mediterranean Sea shortly after taking off from Beirut amid heavy storms. Flight ET409 disappeared from radar screens five minutes into the flight and burst into flames mid-air, according to eye witnesses.

Alaska Airlines was the launch customer with an order for ten and an additional ten optional purchase. 52 737-900 have been ordered with all 52 delivered.

Total orders are for 244 aircraft which also include: SpiceJet of India (five), Sky Airlines of Turkey (three), Continental (27), GECAS (six). The aircraft made its first flight in September 2006 and the first was delivered to Lion Air in April 2007. By August 2008, 35 aircraft had been delivered.

The fuselage is of fail-safe aluminium design. The wings are of fail-safe design with aluminium alloy-structure with a corrosion-resistant skin. The nosecone, wing and fuselage fairings, fin tips, the fairings of the flap actuators and other non-stressed components are constructed from glass and carbon fibre reinforced plastics (GFRP and CFRP). The rear of the engine nacelles are constructed of graphite, Kevlar and glass fibre composites.

In February 2000 an advanced carbon graphite winglet developed by Boeing became available as an option on the 737-800. The 8ft, blended winglet provides additional performance benefits in terms of extended range, up to 6,000lb more payload and a saving on fuel. The first 737-800 aircraft with winglets flew in May 2001 in service with the German Carrier Hapag-Lloyd Flug.

The flight deck accommodates the pilot and co-pilot. A head up display can be fitted as an option. The flight deck is equipped with a Common Display System (CDS) from Honeywell Air Transport Systems incorporating six flat panel liquid crystal displays.

The CDS software can be programmed to allow the presentation of data in a format replicating that of previous 737 electronic flight systems or that of the Boeing 747-400 and Boeing 777 primary flight and navigation displays.

The aircraft can be fitted with an optional global positioning system, satellite communications and a dual flight management system.

The cabins are typically arranged in a two-class configuration with first-class passengers four abreast and tourist-class passengers six abreast. The cabins are air conditioned with a three-wheel air cycle environmental control system. Airstairs are optional for the forward cabin, allowing the aircraft to operate at airports with limited facilities.

There are two underfloor baggage holds. The rear hold can be fitted with a telescopic baggage conveyor.

“New quiet operating fans have been installed on the environmental control system and on the electronics cooling systems.”

The aircraft is powered by two CFM International CFM56-7 turbofan engines in wing-mounted engine pods. CFM is a joint venture of General Electric. of the US and Snecma of France.

The aircraft carries 26,025l of fuel. Its auxiliary power unit is the Honeywell 131-9B, which provides 90kVA and air start capability.

The noise on the ground was reduced by up to 12dB by the installation of a new diffuser duct and silencer on the cooling vent on the auxiliary power unit. New quiet operating fans have been installed on the environmental control system and on the electronics cooling systems.

Boeing offered a short-field performance package in 2004 in response to the needs of Brazilian airline Gol Transportes Aéreos, which operates from restricted airports. The enhancements improved take-off and landing functioning. The package is available for the 737NG versions and standard equipment for the 737-900ER.

The aircraft is equipped with tricycle-type hydraulically operated retractable landing gear. The gear is fitted with oleo-pneumatic shock absorbers designed by Boeing. The main wheels retract inwards with the wheels forming the well seal; the wells have no doors. The main wheels are fitted with Honeywell or Goodrich wheel brakes. The twin nose wheel retracts forward.

In April 2008, Boeing completed certification testing of new carbon brakes for the 737 NG. The carbon brakes, designed by Messier-Bugatti of France, provide a weight saving of between 250kg (550lb) and 320kg (700lb), depending on aircraft model, compared to steel brakes. The new brakes entered production in July 2008 and are also available for retrofit.