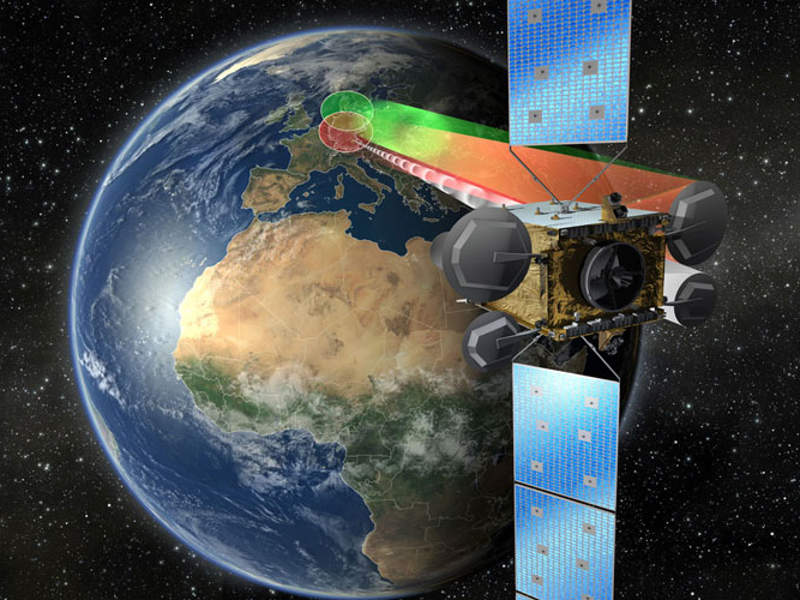 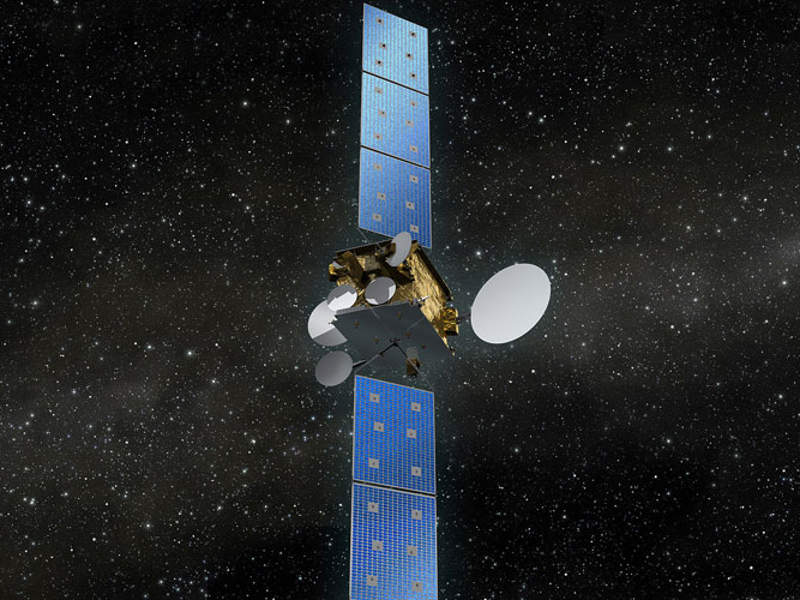 Launch of the Heinrich Hertz satellite is scheduled for 2021. Image courtesy of OHB System AG. 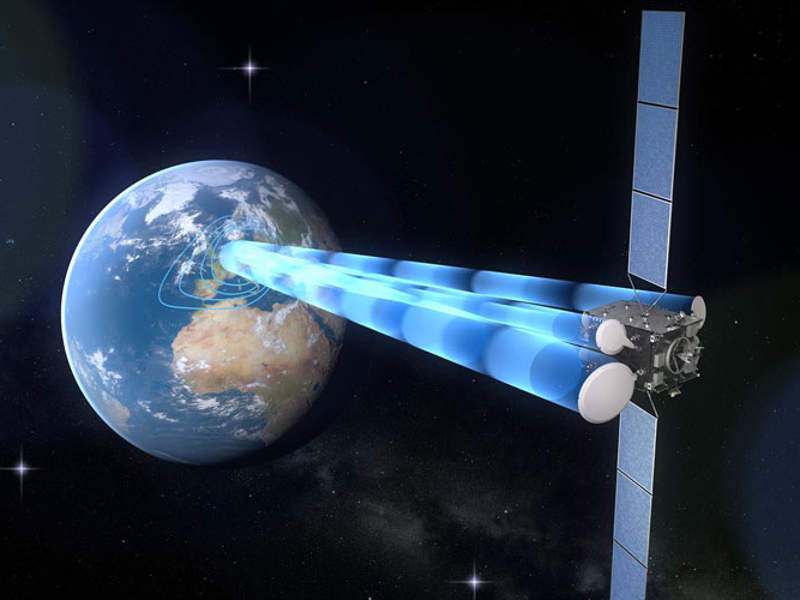 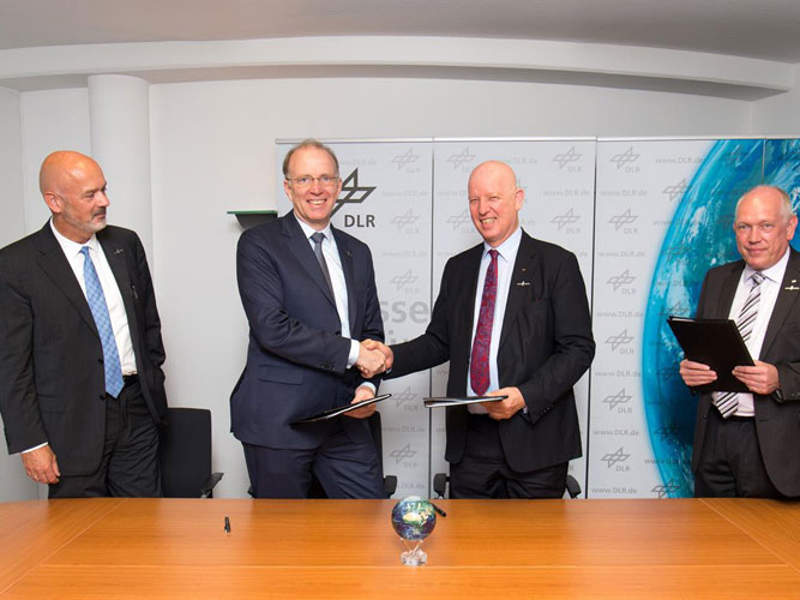 The Heinrich Hertz satellite will have a launch mass of 430kg. Image courtesy of German Aerospace Center (DLR). 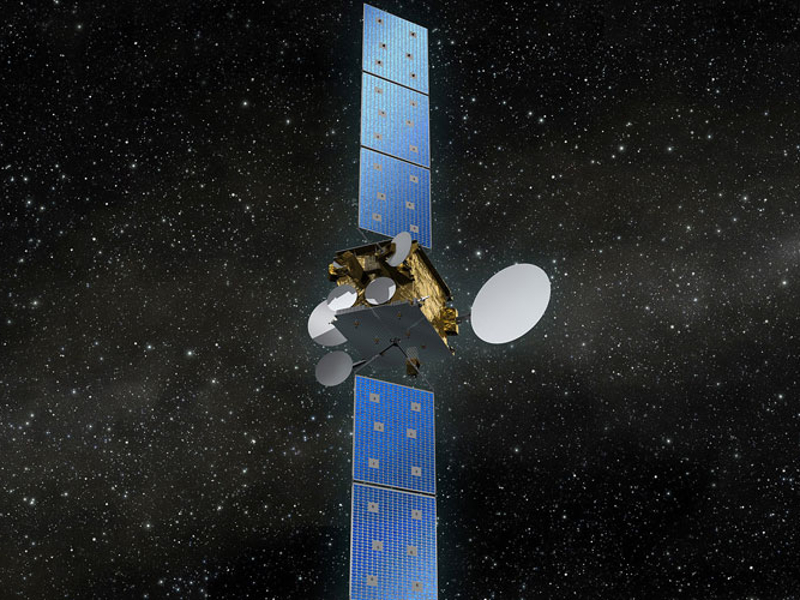 Germany’s new Heinrich Hertz communications satellite, being developed by OHB System, is scheduled to be launched into the geostationary orbit in 2021.

The Heinrich Hertz project is being managed by the German Federal Ministry for Economic Affairs and Energy (BMWi), while the Space Administration of the German Aerospace Center (DLR) is responsible for planning and implementation of the project.

With a design life of 15 years, the communication satellite is intended for testing and validation of new payload and platform technologies under extreme conditions in the space to expand commercial satellite communications for geostationary satellites.

Positioned at an altitude of approximately 36,000km, the satellite will encircle Earth to acquire data required by participating companies, universities and research institutions.

The spacecraft will also be used to provide secure and independent communications for the German Armed Forces (Bundeswehr).

In May 2012, DLR Space Administration awarded a 15-month definition phase contract worth €11m ($14.04m) to German satellite manufacturer OHB System to develop preliminary design and technical requirements of the spacecraft for the pre-study phase.

The German Federal Ministry of Defense signed an agreement with DLR to collaborate on the Heinrich Hertz satellite project in December 2014.

DLR Space Administration awarded another contract in August 2016 for technological management of new communications technologies for the Heinrich Hertz mission.

OHB System secured a €310.5m ($345.4m) contract from DLR in June 2017 to design, develop and build space and ground segments for the communication satellite, named after German physicist Heinrich Rudolf Hertz. The company is also responsible for testing and launching the spacecraft.

Funding for the project is provided by the BMWi.

“The German Federal Ministry of Defense signed an agreement with DLR to collaborate on the Heinrich Hertz satellite project in December 2014.”

The spacecraft will be equipped with hybrid sensor bus (HSB), H2KAR antenna bowl, and Fraunhofer On-Board Processor, which can be used to transmit signals.

With a 430kg launch mass, the spacecraft will carry 20 technology experiments or various payloads, including Ku and Ka-band amplifiers for testing communication, antenna and satellite technologies.

The satellite will be powered by a high-thrust bi-propellant motor. It will feature two batteries and two deployable solar arrays that will generate 3,600W of continuous payload power.

The data acquired by the Heinrich Hertz communications satellite will be transmitted to the ground control station through a secure data link. The information will be evaluated by the companies and research institutes involved in the mission.

The ground station also provides satellite control and traffic monitoring for the spacecraft.

OHB System will collaborate with up to 40 small and medium-sized companies and scientific institutions based in Germany to develop satellite technologies including communications equipment, as part of the project.