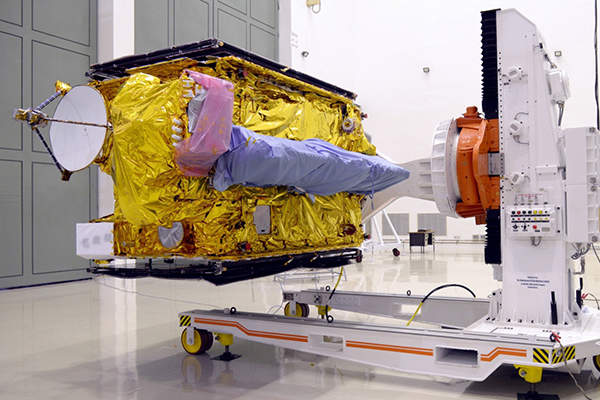 GSAT-6 is the twelfth satellite in the GSAT series. Credit: ISRO. 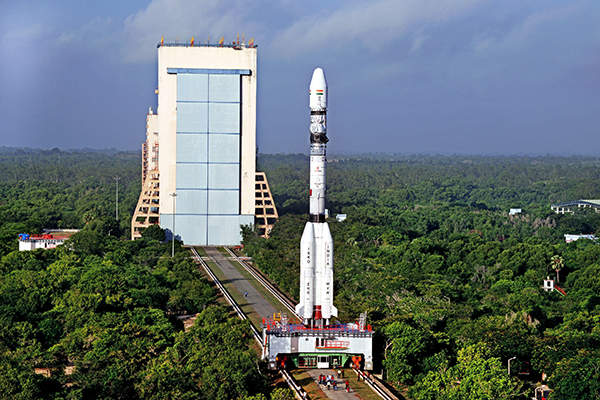 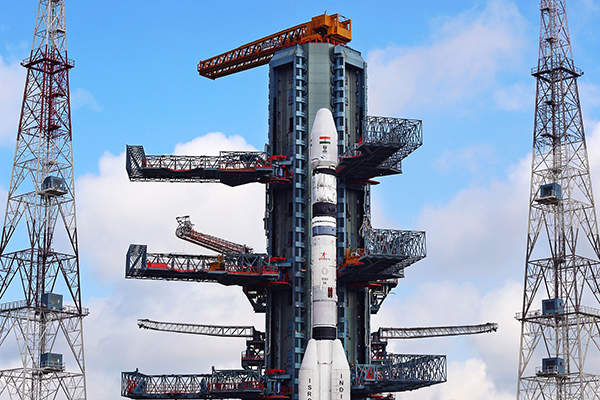 The satellite was launched from the second launch pad of the Satish Dhawan Space Centre SHAR (SDSC SHAR) in Sriharikota. Credit: ISRO. 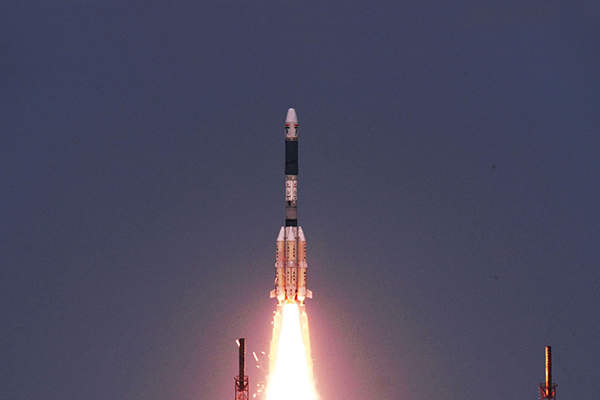 The satellite was launched into space in August 2015. Credit: ISRO.

It was placed at 83° east longitude orbital position along with INSAT-4A, GSAT-12, GSAT-10 and IRNSS-1C satellites in September 2015. GSAT-6 is the 25th geostationary communication satellite built by ISRO and 12th satellite in the GSAT series.

Design and features of GSAT-6 satellite

The satellite can generate 3,100W of power and its design is based on the I-2K (I-2000) bus platform, for a mission life of more than nine years.

The geosynchronous satellite launch vehicle (GSLV-D6) mark-II rocket is designed to carry two communication satellites into the GTO. The rocket has a weight of 416kg, length of 49.m and metallic payload fairing diameter of 3.4m.

It placed the GSAT-6 satellite into the GTO within a span of 17min of the liftoff. The four liquid propellant strap-on stages of the GSLV-D6, carrying approximately 42t of liquid propellants, were ignited roughly five seconds before the countdown reached zero.

The launch was completed in three stages with the first stage comprising a 138t solid rotor motor augmented by four liquid strap-ons, the second stage containing a single Vikas engine that burned for 150sec and ignited the third stage, also referred to as the cryogenic upper stage (CUS). The CUS was propelled by liquefied oxygen at -183°C and liquid hydrogen at -253°C.

The launch took place from the second launch pad at SDSC SHAR. The satellite’s initial orbit raising manoeuvres were performed by the on-board liquid apogee motor (LAM). The deployment of two solar arrays and three-axis stabilisation were performed before finally placing the satellite in the target orbital slot.

“The satellite can generate 3,100W of power and its design is based on the I-2K (I-2000) bus platform, for a mission life of more than nine years.”

The GSAT-6 satellite includes five CxS transponders 9MHz each and five SxC transponders of 2.7MHz each. It also includes an S-band unfurlable antenna of 6m diameter, which will be used for five spot beams over the Indian mainland to exploit the frequency reuse scheme to increase frequency spectrum utilisation efficiency.

The satellite will serve as a technology development platform that could be used in next-generation, satellite-based mobile communications applications, such as demonstrating the use of large, unfurlable antenna on spacecraft, handheld ground terminals and network management techniques.

The ground control station for the GSAT-6 satellite is the ISRO’s Master Control Facility (MCF) located at Hassan, Karnataka, India.