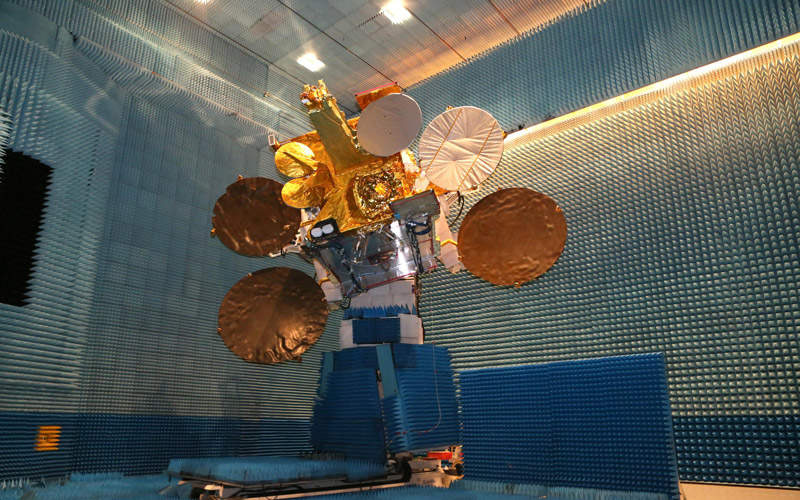 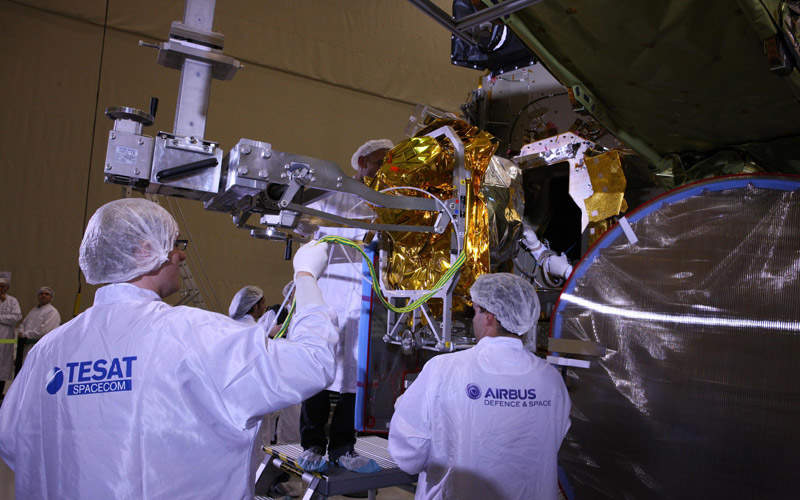 The EDRS-A payload will be launched in January 2016. CreditL Airbus Defence and Space SAS. 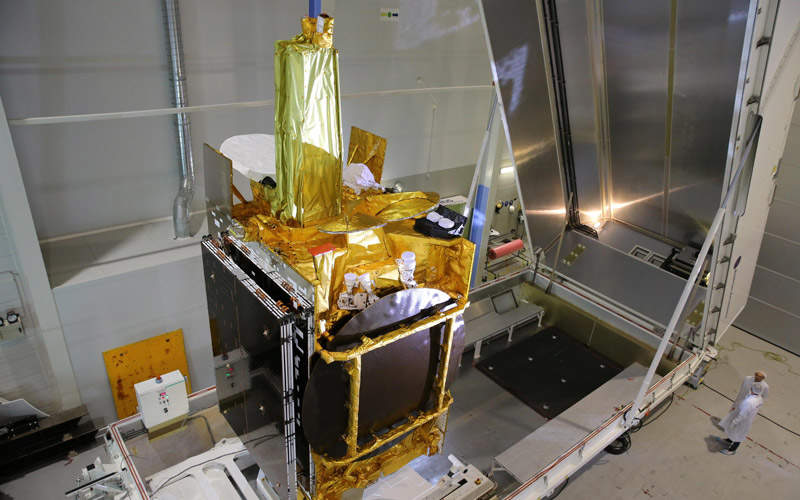 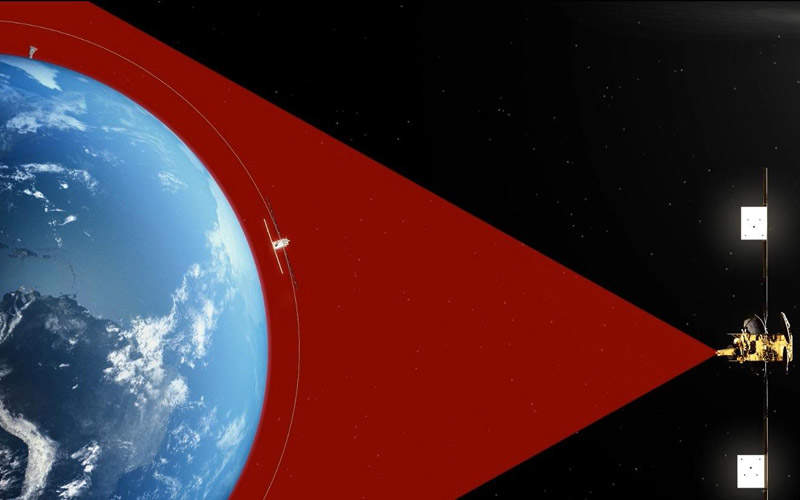 The EDRS will receive data from other low earth orbit (LEO) satellites over Europe. Credit: ESA.

The European Data Relay System (EDRS), also known as SpaceDataHighway, will be the most advanced, high-performance option for space data transfer at this time and provide broadband-quality, real-time data transmission for satellites and unmanned aerial vehicles (UAVs).

The EDRS programme consists of two segments, namely the EDRS-A laser communications payload and EDRS-C satellite. The first segment, the EDRS-A, was launched into geostationary orbit on 29 January 2016 from the Baikonur Cosmodrome, Kazakhstan, and will be followed by the EDRS-C satellite launch in 2017.

The two EDRS nodes will be placed at 9°E and at 31°E orbital positions over Europe.

The EDRS programme is developed under a public-private partnership (PPP) between the European Space Agency (ESA) and Airbus Defence and Space (Airbus). It is part of the Advanced Research in Telecommunications Systems (ARTES) 7 programme, which is intended to reduce time delays in the transmission of large volumes of data and provide an independent European satellite system.

The EDRS will include a laser communication terminal (LCT) built at a cost of €500m ($544m) by TESAT-Spacecom, a unit of Airbus, with contribution from DLR German Aerospace Centre. The LCT will make way for the EDRS to transmit and receive up to 50TB of encrypted data a day in near-real time.

The EDRS-A payload was built by Airbus at its Toulouse facility in France. It was packed into the host satellite Eutelsat-9B and shipped to Baikonur Cosmodrome in December 2015. It is based on the Eurostar E3000 platform manufactured by Airbus.

The EDRS-C, built by Airbus, will be based on ESA and OHB System’s SmallGEO line of general-purpose small platforms.

The first satellites that will make use of the EDRS services are Sentinel 1 and Sentinel 2, which will use it to relay their data to Earth at much higher rates. The EDRS will support disaster mitigation by supplying the data quickly. It also will help maritime customers to track their ships in near-real time.

The International Space Station is set to use EDRS to communicate with the ground for live video transmissions or sending the results of experiments to the ground. The EDRS will receive data from other Low Earth Orbit (LEO) satellites over Europe via laser links and will beam it earthwards to ground stations at rates up to 1,800Mbit/s.

EDRS-A is scheduled to be carried on the Eutelsat-9B commercial telecom satellite on board a Proton rocket and be launched from Baikonur Cosmodrome on 28 January 2016. The satellite will establish laser communication links with the four Sentinel-1 and Sentinel-2 satellites of the European Earth observation programme Copernicus.

EDRS-C will be launched on board an Ariane 5 rocket from Kourou, French Guiana, in 2017.

The EDRS ground segment will have a main Mission Operation Centre (MOC) located at Ottobrunn, Germany, and a backup system located in Redu, Belgian, both to be managed by Airbus. The MOC will manage data received from both control centres and users.

The EDRS will have ground stations across Western Europe, as well as payload and spacecraft control centres located in Oberpfaffenhofen, Germany, which will be managed by DLR German Space Centre. The receiving data and feeder link ground stations placed at Redu, Harwell, England, Weilheim, Germany, and Matera, Italy, will pass on information to the satellite owners.