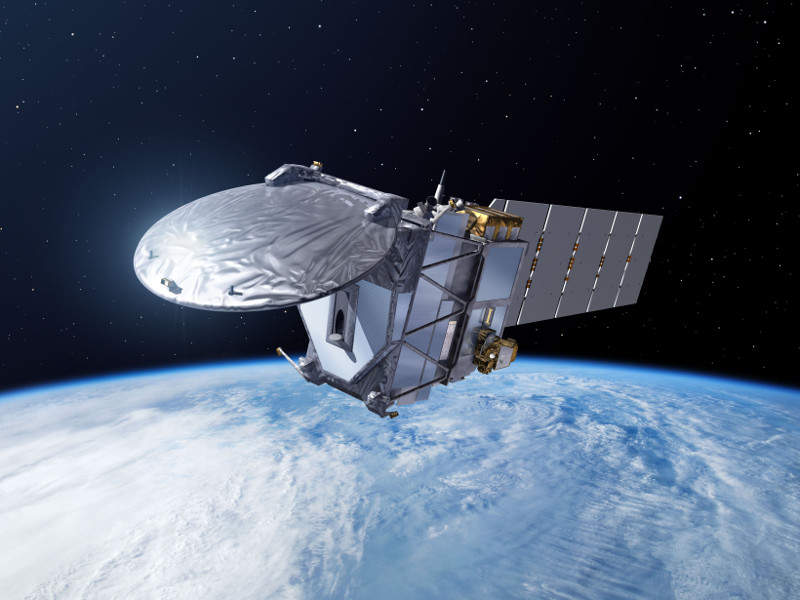 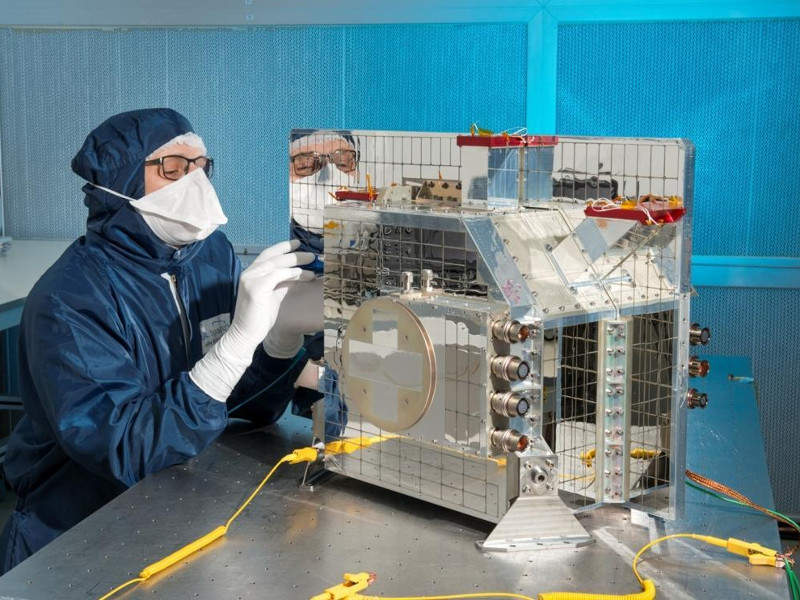 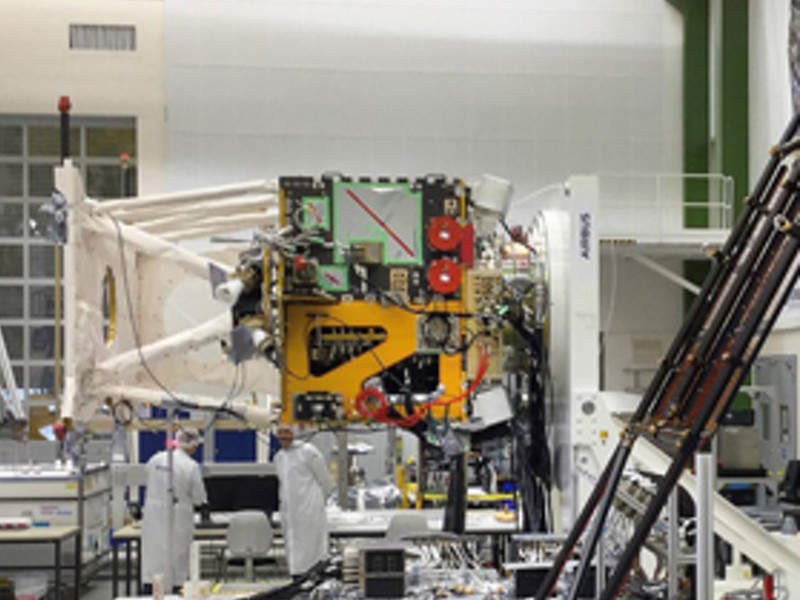 Earth Cloud Aerosol and Radiation Explorer (EarthCARE) is an earth-observation satellite currently being developed by the European Space Agency (ESA) in collaboration with Japan’s Space Agency (JAXA).  The satellite is scheduled to be launched aboard a Soyuz rocket in August 2019.

The satellite will be placed at quasi-polar orbit of 97.05° inclination at an altitude of 393km. The mission aims to observe clouds, aerosols and radiation and their combined effects on the Earth’s climate system to enhance the accuracy of climate change predictions.

The EarthCARE satellite will have a launch mass of 2,270kg. Based on the three-axis stabilised platform, the satellite will include 2.5m large cloud profiling radar (CPR) antenna.

The satellite will have an overall length of 19m with a long trailing solar panel at the rear. The solar panel will include five sections and will cover an area of 21m². The design lifespan of the spacecraft will be 3.5 years.

Astrium was awarded the €263m ($306m) prime contract for the construction of EarthCARE satellite in May 2008, under ESA’s Living Planet Programme. The scope of contract includes design, development and integration of the satellite.

“The CPR with 500m sampling distance and 400m vertical resolution will measure the upward and downward flow velocity within a cloud.”

EarthCARE satellite’s mission objective is to provide global measurements of vertical atmospheric profiles. The satellite will uncover the understanding of the role of clouds and aerosols that reflect incoming sunlight and obstruct the infrared radiation from Earth’s surface.

It will also gather global simultaneous observations of cloud and aerosol profiles along with solar and thermal radiation.

The satellite’s payload will mainly constitute four instruments including an atmospheric lidar, a broad-band radiometer, a multi-spectral imager, and a cloud profiling radar.

The atmospheric lidar (ATLID) will have high-spectral resolution receiver and depolarisation channel and will operate at a wavelength of 355nm. It will observe the vertical structure of aerosols and thin clouds.

The BBR instrument will observe the energy fluxes at the top of the atmosphere. It will measure the short and long-wave radiances and provide an essential check on uncertain radiation calculations for the non-plane-parallel cloud fields.

The CPR with 500m sampling distance and 400m vertical resolution will measure the upward and downward flow velocity within a cloud, while observing its vertical structure.

The MSI instrument will have seven channels in the solar and thermal spectral range, 500m nadir spatial resolution and a swath width of 150km. It will observe horizontal distribution of clouds and aerosols.

GMV was awarded a contract to provide European Space Operations Centre (ESOC) including a satellite control centre for ESA in July 2016. The company was also awarded Cloud, Aerosol and Radiation Assessment Products for EarthCARE (CLARA) project.

GMV will be responsible for the scientific development and operational software for radiation products, under the CLARA project.

TAS transported BBR instrument to Airbus integration centre located at Friedrichshafen, Germany, for integration with the satellite in March 2018.

The CPR instrument for the satellite was developed by Japanese Space Agency (JAXA) in association with National Institute of Information and Communications Technology (NICT).

May TNO was contracted to provide VNS flight model instrument to Surrey Satellite Technology Ltd (SSTL) in May 2017. The VNS instrument will be integrated with the thermal infra-red camera module of SSTL to create the multi spectral imager (MSI) instrument.

STFC RAL Space is involved in the telescope assembly, while ESR and SciSys are responsible for mechanism assembly and on-board software respectively.