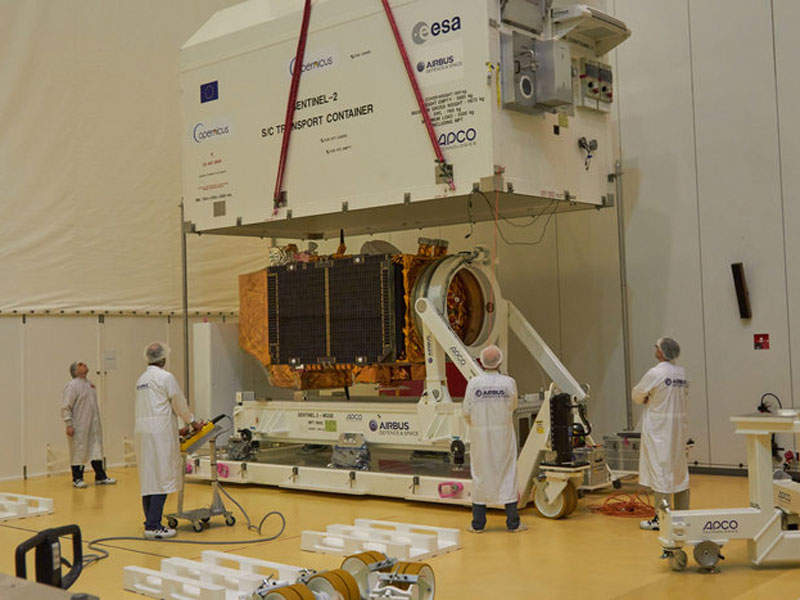 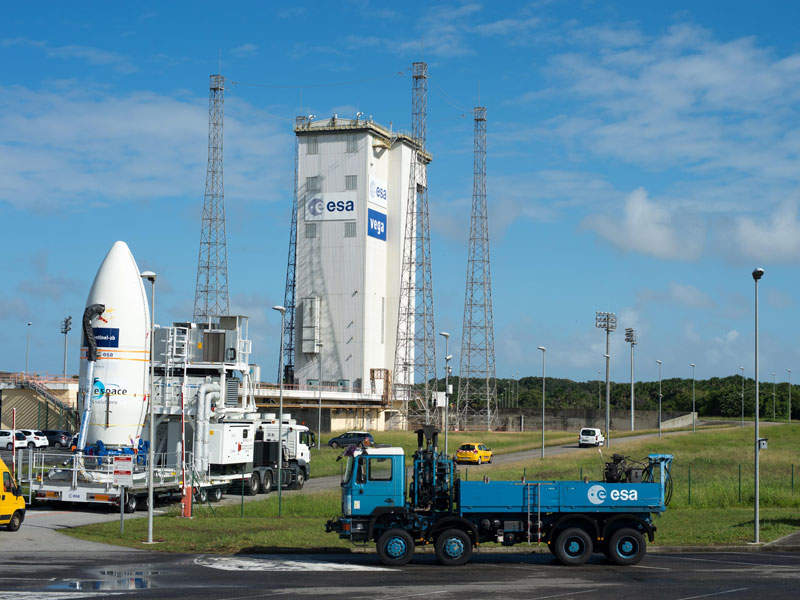 The satellite was launched on board a Vega rocket, designated flight VV09. Credit: ESA / Manuel Pedoussaut. 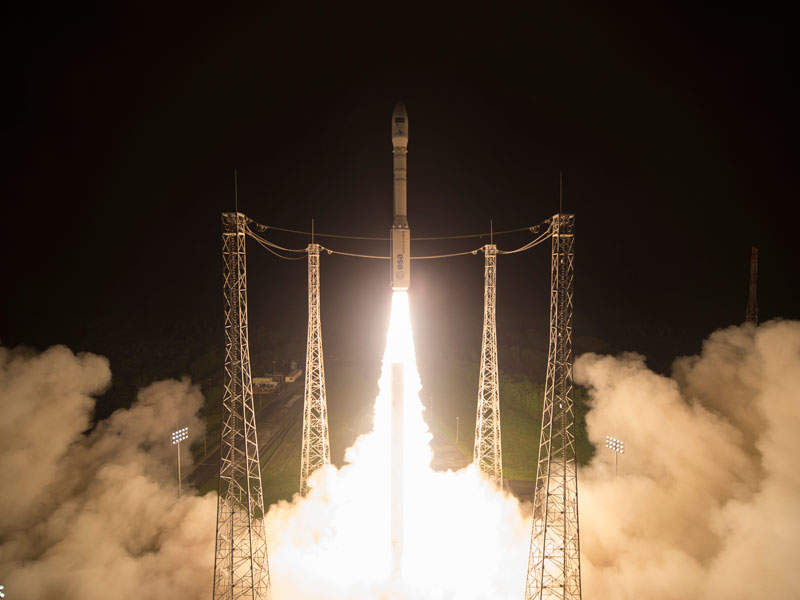 The satellite was developed as part of the Copernicus programme led by the European Commission (EC) in partnership with the European Space Agency (ESA).

Aimed at establishing independent and reliable access to earth observation data for Europe, the Copernicus programme was formerly known as the European Global Monitoring for Environment and Security (GMES) programme. It is jointly funded by the EC and ESA.

Sentinel-2B will be placed at 786km altitude in the Sun-synchronous orbit and will provide data for monitoring land use and changes, soil sealing, land management, agriculture, forestry, and natural disasters. It will also provide assistance for humanitarian aid missions.

Designed and constructed by Airbus Defense and Space (ADS), the Sentinel-2B satellite is based on the AstroBus-L platform. It has a launch mass of 1,130kg and dimensions of 3.3m x 2.3m x 1.7m. The designed lifespan of the satellite is seven years and three months. It also includes a deployable solar array and batteries.

RUAG Space’s Swiss facilities supplied the Solar Array Drive Mechanism for the satellite. The payload fairing for the Vega rocket that housed the satellite was also provided by RUAG Space, Switzerland.

The satellite was transported to Kourou for performing pre-launch tests. It was encapsulated with Vega rocket fairing and rolled out to the launch pad in January 2017.

“Sentinel-2B will be placed at 786km altitude in the Sun-synchronous orbit and will provide data for monitoring land use and changes, soil sealing, land management, agriculture, forestry, and natural disasters.”

Sentinel-2B is fitted with instruments similar to those used in the Sentinel-2A satellite. The 2B features multispectral instruments (MSI) including 13 spectral bands with a resolution of 10m, 20m or 60m.

It gives the satellite high-resolution novel spectral capabilities, including a field of vision covering 290km and many revisit times with exceptional views of Earth. The satellite includes a three-mirror silicon carbide telescope with a dichroic beam splitter.

Sentinel-2 satellites have an objective to provide full and systematic coverage of global land surface over Europe and Africa, from 56° south to 84° north coastal waters, and the entire Mediterranean Sea.

Sentinel-2A and 2B satellites will orbit at a mean altitude of approximately 800km with a revisit time of five days at the equator. Working in tandem, the two satellites will cover the entire surface of the Earth in five days.

The data provided by Sentinel-2B will provide benefits by helping land management, agricultural industry and forestry, and disaster control and humanitarian relief operations.

The satellite was launched on board a four-staged Vega rocket in designated flight VV09. The launch operations were performed by Arianespace.