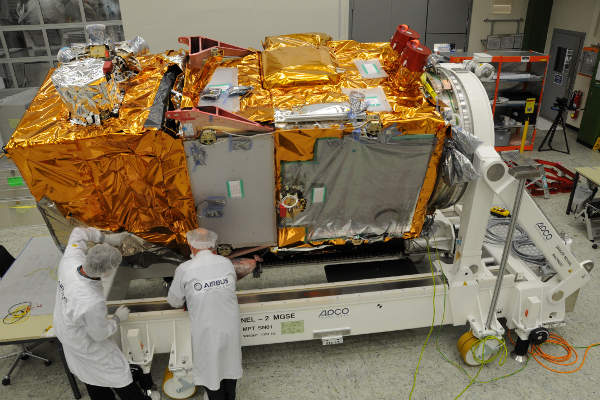 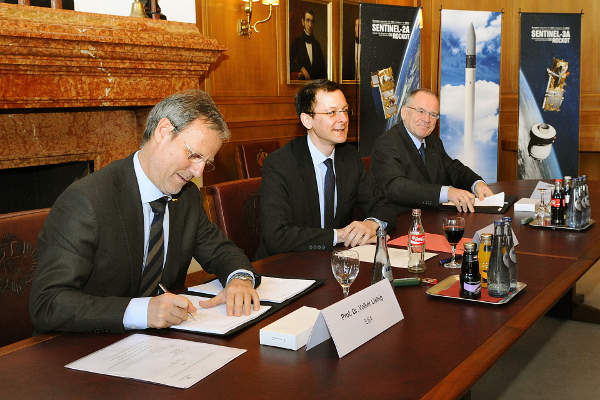 The Sentinel-2A satellite was launched from Plesetsk Cosmodrome in June 2015. It was placed at a 786km altitude in the Sun synchronous orbit. It will image the Earth’s landmasses and deliver operational applications in the field of agriculture, forestry, land cover and cartography. It will also offer support for humanitarian relief work and extraction of geophysical variables from vegetation.

“The Sentinel-2A is the first of the twin satellite Sentinel-2 constellation.”

The Sentinel-2A is the first of the twin satellite Sentinel-2 constellation. Sentinel-2B, the second in the pair, will have similar design features and will be launched in mid-2016. The two satellites can capture images of the Earth’s entire land surface in just five days.

The satellite has a launch mass of 1,200kg and measures 3.4m x 1.8m x 2.35m. It includes 1,700W of solar power and 87Ah battery capacity. It has 2.4Tbit of end-of-life (EOL) mission data storage capacity. The satellite also has an X-band payload data downlink at 560Mbit/s. The satellite was designed to operate for seven years, which can be extended up to 12 years.

The objective of Sentinel-2 satellites is to provide the full and systematic coverage of global land surface over Europe and Africa, including from 56° south to 84° north coastal waters and the entire Mediterranean Sea. The two Sentinel-2 satellites will orbit at a mean altitude of approximately 800km with a revisit time of five days at the equator.

The increased swath width and the short revisit time of the satellites will allow for rapid changes to be monitored. The data assimilated through Sentinel-2 will provide benefits by helping land management, the agricultural industry and forestry, in addition to disaster control and humanitarian relief operations.

Sentinel-1A is an Earth observation satellite developed as part of the European Copernicus programme, previously known as the GMES programme.

The Sentinel-2 satellites will provide imagery land-cover maps, land-change detection maps and geophysical variables, as well as leaf area index and chlorophyll and water content. It will also provide pictures of floods, volcanic eruptions and landslides.

Onboard instruments on Sentinel-2A satellite

The Sentinel-2A satellite is equipped with a multispectral instrument (MSI) payload, which consists of a total of 13 spectral bands with a resolution of 10m, 20m or 60m and a swath width of 290km. It includes a three-mirror silicon carbide telescope with dichroic beam splitter.

It also features integrated video and compression electronics. The MSI is used in the areas of land use, soil sealing, land management, forest monitoring and humanitarian aid in the event of natural disasters.

Eurockot Launch Services was awarded a contract in February 2012 to launch the Sentinel-2A satellite on a Vega launch vehicle. The launch was conducted from Plesetsk Cosmodrome in northern Russia.