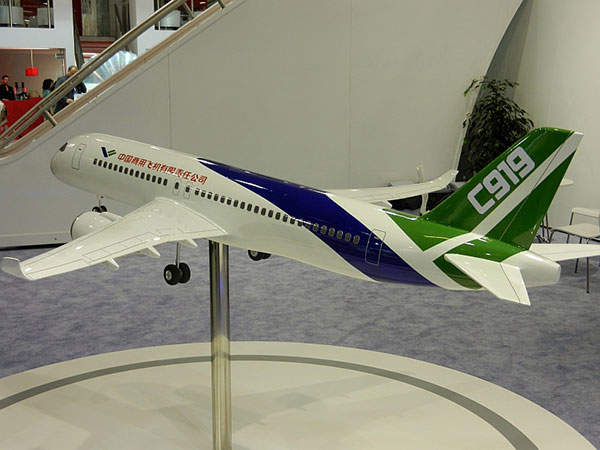 The C919 is expected to enter service by 2017. Image courtesy of Waerfelu. 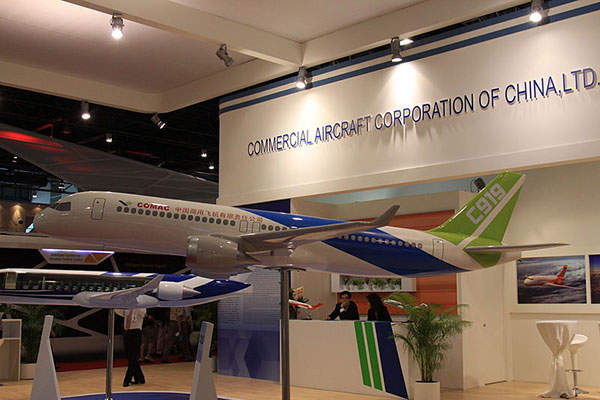 The C919 is a commercial passenger aircraft being developed by Commercial Aircraft Corporation of China (COMAC). Image courtesy of Kentaro Iemoto. 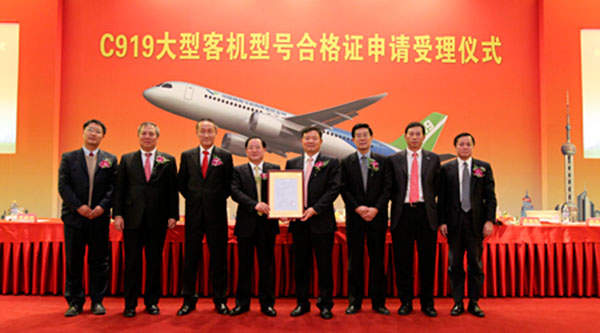 COMAC's application for the type certificate of C919 was accepted by the Civil Aviation Administration of China (CAAC) in December 2010. Image courtesy of Commercial Aircraft of China, Ltd. 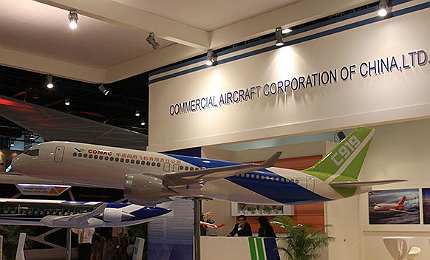 C919 is a large passenger aircraft currently being developed by the Commercial Aircraft Corporation of China (COMAC). It will be a narrow-body aircraft with a seating capacity ranging between 168 and 190.

The first flight of the aircraft was expected to take place in May 2014, but has been delayed until the end of 2015. The aircraft is expected to enter service by 2017. The delay is attributed to a lack of experience and local industry-specific talent to execute the project.

"In October 2010, COMAC applied to the Civil Aviation Administration of China (CAAC) for the type certificate for the C919 aircraft."

In October 2010, COMAC applied to the Civil Aviation Administration of China (CAAC) for the type certificate for the C919 aircraft. The pilot production of the aircraft began in December 2011. The central wing structure of the aircraft passed the critical design review in January 2013.

In April 2010, Honeywell was awarded a contract to supply auxiliary power units (APUs) and other associated equipment for the aircraft.

In July 2010, Parker Aerospace, along with its joint venture partner China Aviation Industry Systems (AVIC Systems), was awarded with a contract to supply primary fly-by-wire flight control actuation, fuel inerting and hydraulic systems for the aircraft.

In February 2012, Liebherr-Aerospace was awarded with a contract to supply the landing gear and air management system for the C919 aircraft.

Orders and variants of the Chinese passenger aircraft

The C919 is available in different versions, such as basic, extended, shortened, cargo, special version and corporate version. The dimensions and features vary with the versions to suit different types of customers.

Design and dimensions of the C919

The airframe of the aircraft will be made of an aluminium alloy. The centre wing box will be made from carbon fibre composites.

Cabin and avionics of COMAC’s aircraft

The cabin of the C919 will be 3.9m wide and 2.25m high. The passenger model of the aircraft will accommodate up to 170 passengers. COMAC plans to build six different models of the aircraft, which will include business jets, passenger aircraft, shrunk passenger versions and freighters.

"The C919 is available in different versions, such as basic, extended, shortened, cargo, special version and corporate version."

In July 2010, Eaton Corporation was awarded a contract to supply the cockpit panel assemblies and dimming control system for the aircraft in association with Shanghai Aviation Electric.

In October 2012, Rockwell Collins, in partnership with China Electronics Technology Avionics (CETCA), was awarded with a contract to manufacture communication and navigation systems for the aircraft.

The aircraft will be powered by two CFM International LEAP 1C engines which will have a thrust of about 25,000lb to 30,000lb. The nacelle, thrust reverser and exhaust system of the aircraft engine will be provided by Nexcelle.

Michelin was awarded the contract to supply Air X radial tyres for the C919.

Shenzhou, which means Divine Vessel in Chinese, is a manned spacecraft programme initiated by the Republic of China in 1992.

A twin engine, mid-haul narrow body jetliner, the Tupolev Tu-204 is designed and manufactured by the Tupolev Design Bureau of Russia.