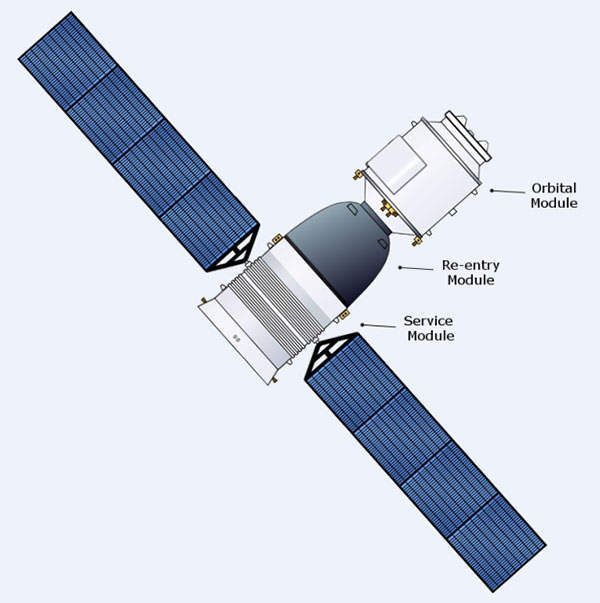 Shenzhou is a manned spacecraft programme initiated by the Republic of China. Image courtesy of Craigboy. 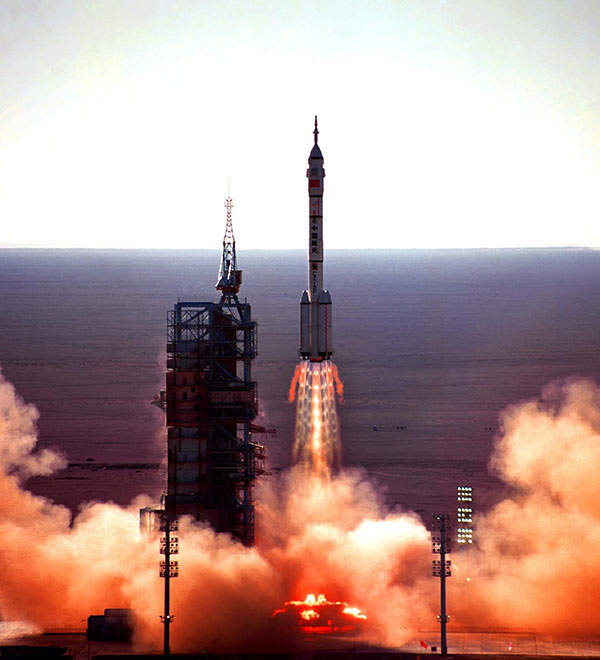 The first manned spacecraft, Shenzhou-5, was launched in October 2003. 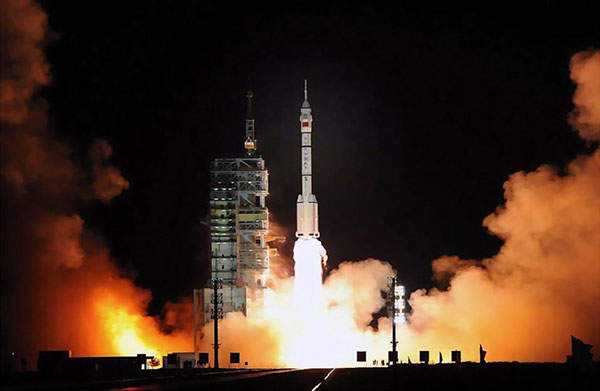 Launching of the Shenzhou-7 from the Jiuquan Satellite Launch Center in China, in September 2008. 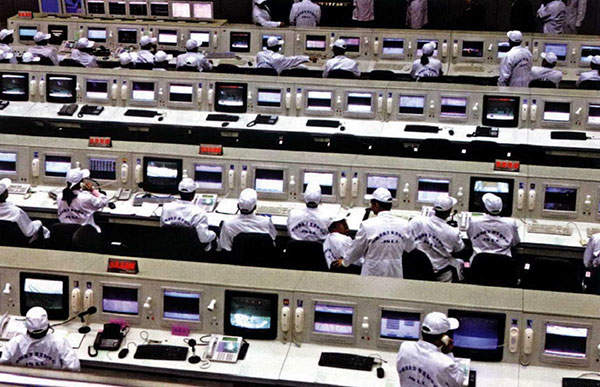 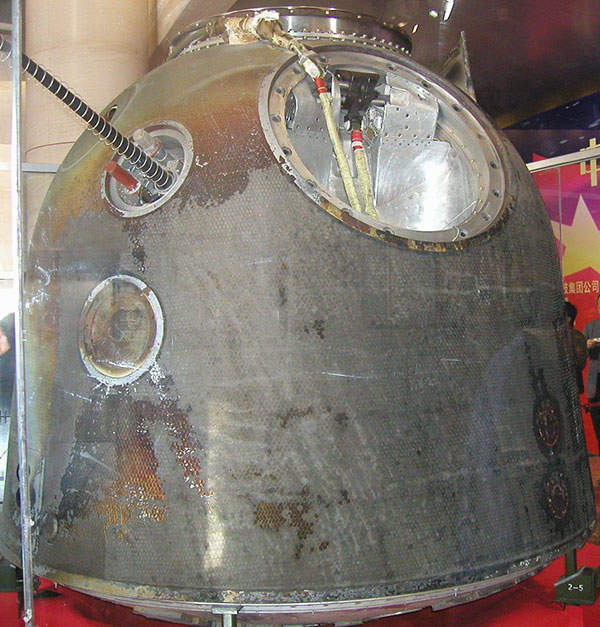 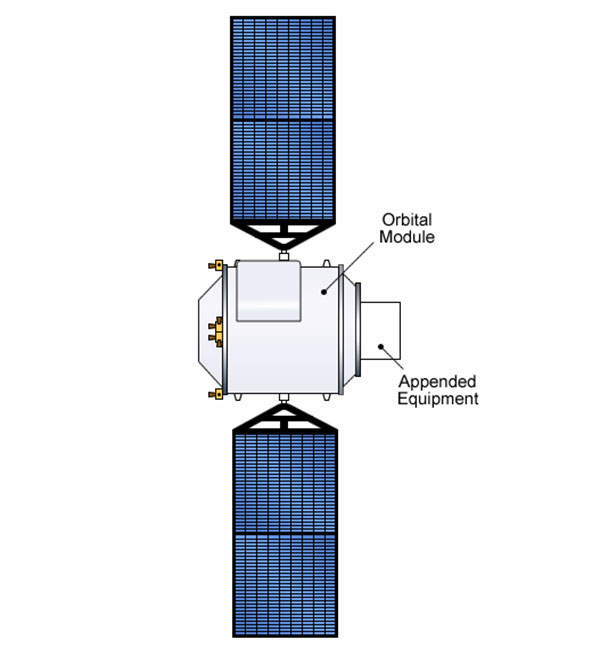 Drawing of the orbital module of Shenzhou-6 spacecraft. Image courtesy of Craigboy. 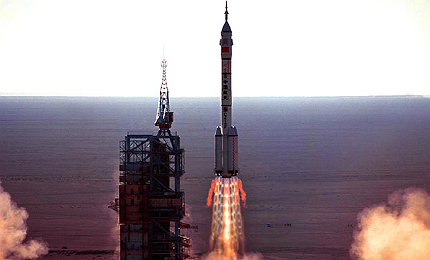 Shenzhou, which means Divine Vessel in Chinese, is a manned spacecraft programme initiated by the Republic of China in 1992. The first Shenzhou spacecraft was, however, unmanned and launched into the low-Earth orbit space between 1999 and 2002. China National Space Administration (CNSA) is the developer of the programme.

China became the third nation (after Russia and the US) in the world with the capability to independently send humans into space, in 2003. The ninth spacecraft under the Shenzhou programme was successfully launched on 16 June 2012, with the first female Chinese astronaut. Long March 2F rocket carrier was used to launch the spacecraft. Two more Shenzhou spacecraft are also scheduled to be launched.

The Shenzhou spacecraft is to be used for the development of manned space flight with docking, rendezvous and extravehicular capabilities. It will be used to transport crew and cargo for the planned permanent space station establishment by China by 2020. It is expected to also serve for lunar explorations.

Origins of the Chinese spacecraft development and Project 921

"China became the third nation (after Russia and the US) in the world with the capability to independently send humans into space."

China began its efforts to develop the Shenzhou manned space flight in 1968 under the Chinese National Manned Space Program, also called Project 921. An unmanned spacecraft was launched in 1970. The programme was, however, postponed due to financial and political problems.

Russia transferred their manned spacecraft technology to China in 1995. The launch escape system was developed indigenously in China after several difficulties in October 1998. The CZ-2F launch vehicle and Shenzhou spacecraft were ready by then.

The first unmanned space mission of the Shenzhou prototype was accomplished in October 1999. The development programme was estimated to have cost $2.3bn by 2003.

The design of Shenzhou resembles the Russian Soyuz spacecraft. The Chinese spacecraft is, however, larger than Soyuz and is an all new construction. It consists of three modules – a forward orbital module with independent propulsion, an aft service module and a re-entry capsule. It was designed by the China Academy of Launch Technology.

Developed by Shanghai Academy of Space Technology, this module is equipped with environmental control, avionics and electrical systems. The re-entry capsule is made of a titanium frame. Its pressure vessel, sidewalls and base utilised aluminium alloy for construction. The vehicle has 3,240kg mass, 2.06m length and 2.52m diameter.

The orbital module has a mass of 1,500kg, 2.8m length and 2.25m diameter. It has control systems, 24.48 square metres of solar panels and propulsion to facilitate autonomous flight.

The spacecraft is equipped with GPS, S-band and digital communication systems, 17 microstrip and ablative antennae capable of operating in HF, VHF, UHF, C, S and L bands. A dual-redundant MIL-STD-1553B data bus interlinks all the avionics, consisting of 21 blocks.

The 921 project was renamed Shenzhou with the successful test launch of first space flight, Shenzhou-1, in November 1999. Shenzhou 2 and 3 were launched in January 2001 and March 2002 respectively. They carried animals and test dummies. Scientific experiments were carried out on the dummy with the launch of Shenzhou-4 in December 2002.

"China National Space Administration (CNSA) is the developer of the programme."

Shenzhou-5 was the first manned spaceflight to be launched by the country, in October 2003. With this launch, Yang Liwei became the first Chinese astronaut to enter into the orbital space.

Shenzhou-6 carried two astronauts and conducted a five day space mission, in October 2005. The seventh spacecraft was launched with three crew members, in September 2008. All of these launches were carried out from the launch platform at the Jiuquan Satellite Launch Center. Long March 2F was the carrier.

Shenzhou-8 was launched in October 2011, lifted using a modified Long March 2F/G (CZ-2F) rocket. It was an unmanned mission and carried two test dummies. It achieved automatic rendezvous and docking with Tiangong-1 in November 2011. Tiangong-1 is the first space laboratory module launched as part of developing a space complex. It will be de-orbited in 2013.

Shenzhou-9 carried three crew members into the space, including the first female Chinese astronaut. The launch vehicle and spacecraft were delivered in April 2012. The spacecraft was docked with Tiangong-1 for a 13 day mission.

Shenzhou-10 was delivered to the Jiuquan Satellite Launch Centre, in Gansu Province, in April 2013. The spacecraft was docked with Tiangong-1 and launched in June 2013 for a 15 days mission. It also carried additional logistics to facilitate longer stay in space.

The launch rocket is powered by 10,000N main engine which uses N2O4/MMH mixture as fuel. It has four 230l propellant tanks, which have a capacity of about 1,000kg of fuel. The orbital orientation and re-entry of the capsule are facilitated by eight 150N thrust mono-propellant hydrazine engines and two pilot parachutes.

C919 is a large passenger aircraft currently being developed by the Commercial Aircraft Corporation of China (COMAC).

MA60 is a twin-engine passenger airliner designed and manufactured by Xi’an Aircraft Industrial Corporation (XAIC) of China for short and domestic air routes. It is an extended version of the Y7-200A jetliner.