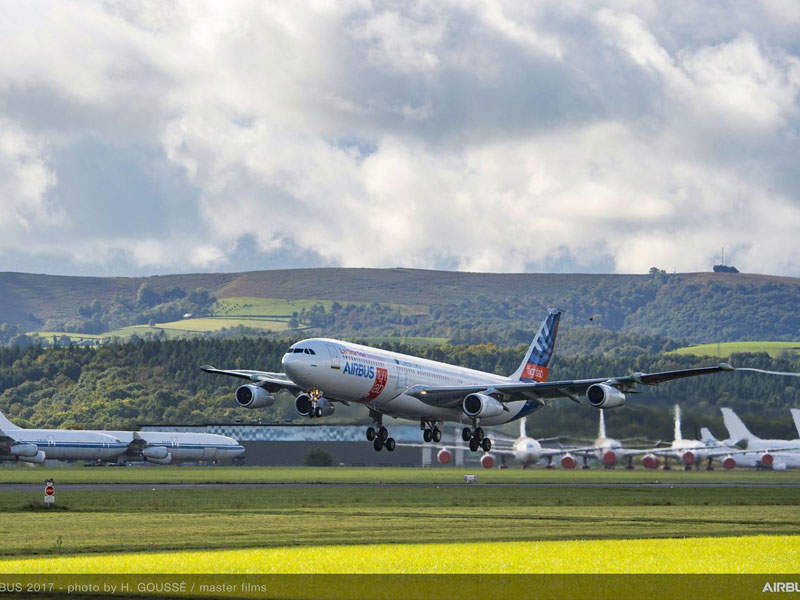 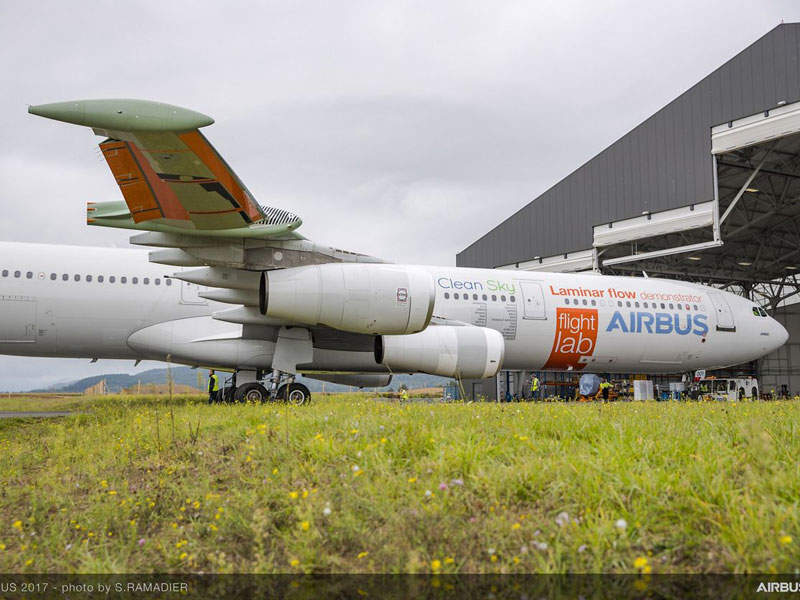 The aircraft’s outer surface of the wing is smooth and glossy, which can reduce the drag. Credit: Airbus. 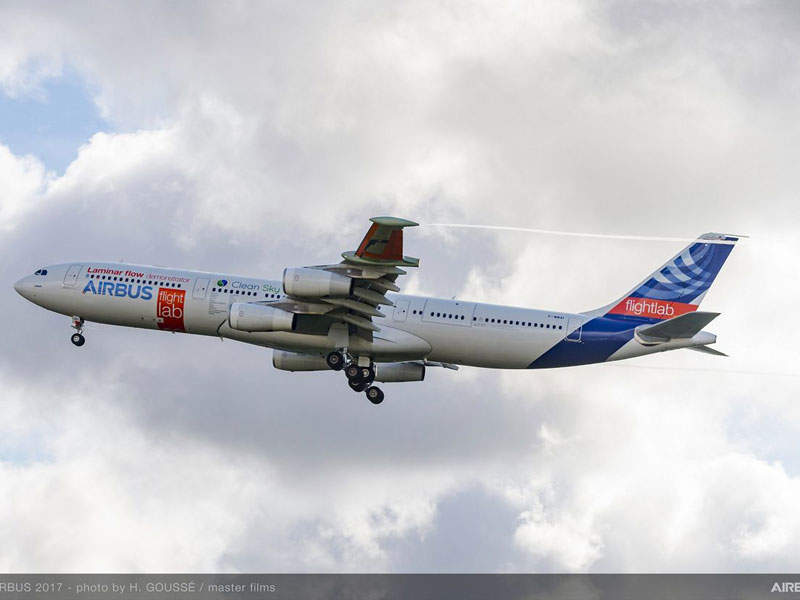 The first flight test of the aircraft was completed in September 2017. Credit: Airbus. 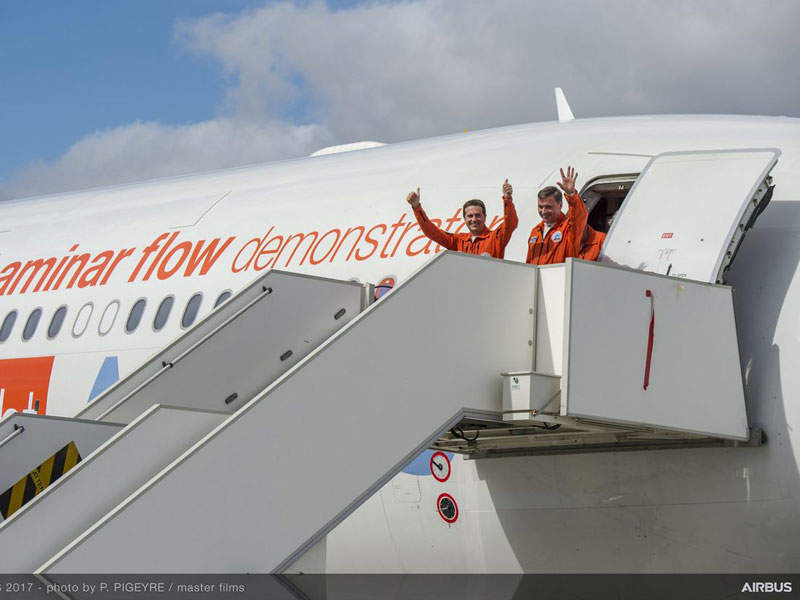 The A340-300 test-bed aircraft was developed in a period of 16 months by Airbus Flight Lab Team. Credit: Airbus.

The BLADE A340 aircraft development is led by Airbus in partnership with 21 key players and 500 contributors, including small and medium-sized enterprises (SMEs) and research centres.

The first flight test of the A340 Flight Lab aircraft took place at Tarbes aerodrome in southern France in September 2017. The aircraft flew for three hours and 38 minutes before landing at Toulouse-Blagnac airport.

The wing panels do not have any joints or rivets, while the attachment points where the panel is joined to the wing box are made of composite materials.

Drag is reduced and natural laminar airflow is enabled over the wing, thanks to the smooth and glossy outer surface of the wings.

The eco-friendly design is expected to reduce friction drag on the wing by approximately 50% and fuel consumption by 5%, resulting in significant reduction in CO2 emissions.

In addition to the structural modification, Airbus has altered the aircraft subsystems, including fuel, hydraulic, and electric systems to integrate the new wing design.

Development details of the demonstrator aircraft

The BLADE project was initiated in 2008 and the concept freeze review was completed in April 2010. The NLF wings A maturity review was concluded in December 2010, while the NLF B and C wings maturity closure reviews were completed by January 2013 and November 2014, respectively.

Production of the NLF upper covers began in April 2015, while assembly of the NLF wings started at Aernnova facility in December that year. The jigs and platform installation works commenced in April 2016. The wings of the Airbus A340-300 MSN1 aircraft were removed in June 2016.

“The eco-friendly design is expected to reduce friction drag on the wing by approximately 50% and fuel consumption by 5%.”

The NLF wings assembled at the Aernnova facility were delivered to Airbus for painting in August 2016 and the wings were installed to the aircraft by November 2016. Power systems were fitted in February 2017, and flight test instrumentation (FTI) installation, testing and calibration were completed by August 2017.

The A340-300 test-bed aircraft was developed in a span of 16 months by Airbus team in Tarbes, where a dedicated hangar was built to house the BLADE project.

SAAB was contracted to develop and produce an integrated wing leading edge and upper wing cover for the port wing of the BLADE aircraft.

GKN Aerospace was awarded the contract to design and manufacture the starboard transonic laminar outer wing.