The rivalry between Airbus and Boeing, the chief competitors for the passenger airline market, has only been exacerbated by the launch of their comparatively-sized new age airliners. Despite Boeing’s numerous problems in launching the Dreamliner, it has still gone toe-to-toe with Airbus’ A380 airliner at every turn, competing for orders across the globe.

While this competition has led to both aircraft being compared to each other in terms of passenger comfort, environmental and economical efficiency, little attention has been paid to the design features included by Boeing and Airbus for the benefit of those tasked with flying the aircraft.

With new technology, innovative designs and the return of favoured features, the cockpits and flight decks of the Dreamliner and A380 have been produced to make piloting passengers to their destinations as pain-free as possible. 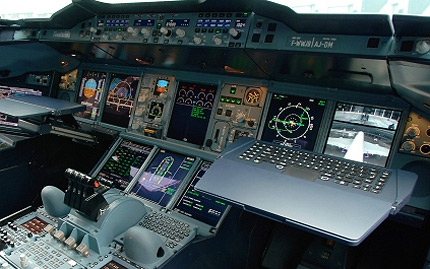 The Airbus A380 cockpit has eight 15x20cm LCD displays

Perhaps the most noticeable innovation in the Airbus A380 cockpit has been the introduction of a total of eight 15x20cm interchangeable LCD displays. The system consists of two primary flight displays, two navigation displays, an engine parameter display, one system display and two multifunction displays which can be customised to cater for the pilot’s preference.

The eight-screen display replaces the previous method of using three multifunction control and display units, with the screens placed around the pilot’s eye line. Multifunction displays are of particular interest, as they play a vital role in hosting the information stored in the Network Systems Server, which stores all flight information. 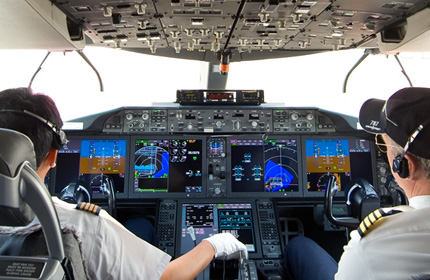 The Dreamliner cockpit displays information on primary flight displays located in front of the pilot, showing all necessary flight information and an artificial horizon to aid in pilot navigation. 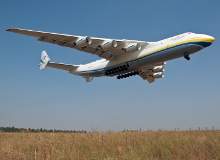 The four-screen design provides 50% more display room than the five-screen design used on Boeing’s 777 aircraft. What sets the Dreamliner apart from rival airliners is the head-up displays (HUD), with one each for the pilot and captain.

The HUDs, retractable display units that can slide into the pilot’s eye line, provide flight data such as air speed, speed deviation and altitude for use by both pilots, and have become standard equipment aboard the Dreamliner. 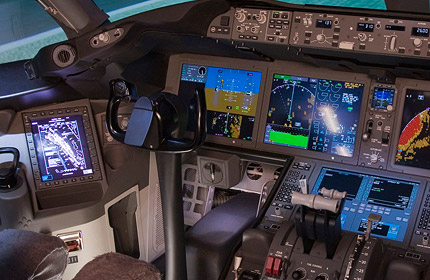 The controls aboard the Dreamliner are typically Boeing. The yokes are positioned front and centre for both the captain and first officer, designed to resemble the common cockpit layout for other Boeing aircraft. This has been an intentional design characteristic in order to increase pilot familiarity, allowing pilots to transition from previous Boeing-built aircraft and into the Dreamliner with a minimal amount of training.

As a result, experienced pilots tend to transition into the Dreamliner after days of training, rather than weeks.

With the aircraft on the ground, pilots can direct and steer the aircraft as it taxies using the tiller, which is located beside the pilot’s exterior leg (left for the captain, right for the first officer).

A380 controls: flying by wire 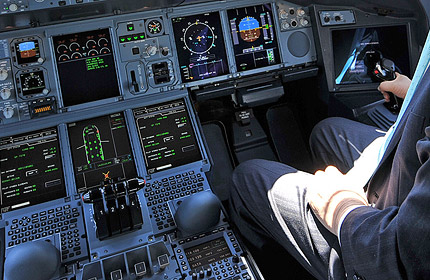 The Airbus A380 has adopted a fly-by-wire control system

In comparison, the A380 uses a fly-by-wire flight control system that is linked to side-sticks, located to the right or left of the pilot depending upon his position in the aircraft. This flight-envelope control system retains complete flight control, preventing pilots from flying outside of performance limits.

This has allowed Airbus to tailor computer flight control laws, greatly increasing flight safety and decreasing crew workload. The system was cited as a substantial help when a Qantas Airbus A380 suffered a major engine failure over the Philippines, forcing it to return to Singapore.

Controls on the centre console

The central consoles of the A380 cockpit (left) and Dreamliner (right)

The central consoles in both airliners are largely similar aside from a few unique features. The central consoles on-board both the A380 and the Dreamliner are largely dominated by the array of navigation and communication buttons, but differ due to the new addition of a keyboard control unit that comes in addition to the pull-out keyboard that sits in front of the pilot’s lap on the A380.

This keyboard control unit is used to manipulate the flight management system, bringing up a range of information on yet more screens that are situated to the side of the pilot’s knee.

Screens can show flight information or live video footage captured from cameras situated on both the nose and tail fin of the aircraft, depending on the pilot’s preference.

The power levers dominate the centre console aboard the Dreamliner, used to control the power to the engines despite the use of autothrottles dictating that a pilot could go through an entire flight without needing to touch them. Thrust reverse levers are situated just in front for use during the landing sequence, while the speed brakes are situated just to left, compiling all the necessary levers for the aircraft in one space.

One of the new features on the A380 is its entirely paperless cockpit, designed to reduce the amount of clutter contributed to by reams of flight maps, charts and technological manuals.

Towards a paperless cockpit

Advances in portable computers and smart phones are making the concept of a ‘paperless’ cockpit more popular than ever.

Aboard the A380, all these documents have been replaced with the Network Systems Server, converting all necessary information into electronic documents that are aggregated into the server for instant access whenever they’re required.

The Network Systems Server connects to the multifunction displays, allowing either pilot to bring up information, such as navigation charts, equipment lists or performance calculations onto one of the displays, rather than sift through documents to find relevant information.

While retaining a substantial amount of commonality with previous Boeing-built flight decks, the Dreamliner does possess a number of characteristics that set it aside from its rivals. The Dreamliner’s four-screen display has resulted in 546 square inches of display space, twice as much as that of the 777.

One new feature that can make use of this increased screen space is the introduction of moving airport maps, consisting of detailed layouts of common airport destinations, allowing safer ground taxi operations. Pilots will also benefit from the maximum cabin pressure of just 6,000 feet, as opposed to the previous 8,000 feet, resulting in less fatigue during long haul flights.

The A380 superjumbo is the world’s first twin-deck, twin-aisle airliner.

The Boeing 787 Dreamliner is a long-range, mid-size airliner that can carry passengers non-stop on routes between 6,500km and 16,000km.