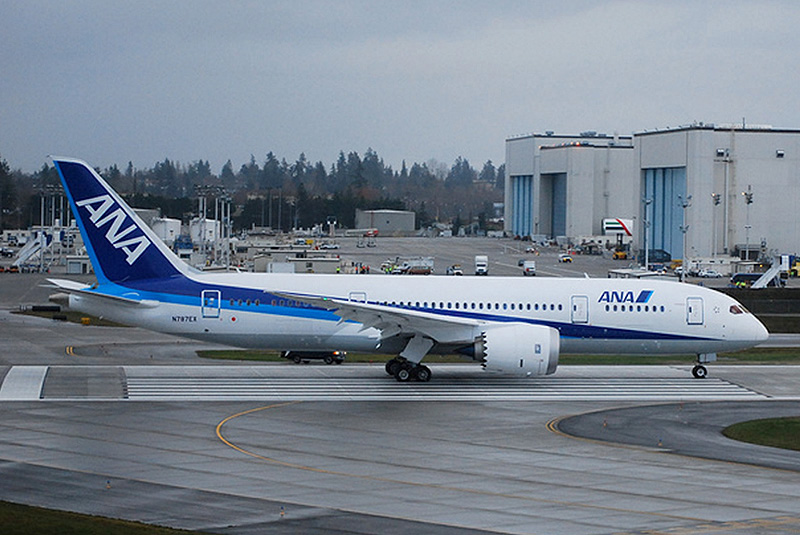 Boeing has announced that it will investigate the wiring defect that affected a fire extinguisher system on its wide-body, twin-engine 787 Dreamliner.

The problem was initially found by Japan’s All Nippon Airways (ANA) during pre-flight maintenance of the jetliner at Tokyo Airport on 13 August.

The carrier detected problems in the control system of the fire extinguishers located near the front cargo bay.

ANA delayed the 787 flight from Japan’s Haneda Airport to Frankfurt after it found the problem; however, the aircraft took off once the issue was rectified.

ANA, the largest operator of the Dreamliners, stated that it conducted inspections on its remaining 19 787s and found similar faults on two additional aircraft.

After the fault was reported by ANA, Japan Airlines (JAL) also halted its 787 scheduled to travel to Helsinki from Tokyo in order to check the fire extinguisher wiring.

JAL spokesman said that the airline is now conducting checks on all ten of its 787s.

ANA and JAL operate 30 of the 73 Dreamliners in service.

"The carrier detected problems in the control system of the fire extinguishers located near the front cargo bay."

Boeing stated that it is aware of the problem and is working to resolve the issue.

"The safety of those flying on Boeing aeroplanes is our top priority. We will thoroughly examine this issue and take the appropriate steps," the company said.

The latest incident comes as a blow for Boeing at a time when it is trying to restore confidence in the wide-body, twin-engine 787, which have experienced a series of delays.

In July, a 787-8 Dreamliner owned by Ethiopian Airlines caught fire while it was parked at London’s Heathrow airport.

Earlier this year, the US Federal Aviation Administration (FAA) grounded the entire 787 fleet worldwide for nearly four months following a battery fault and a fire in one of the electrical compartments on two 787s.

The US regulators cleared the Dreamliner to return to service after Boeing redesigned battery system of the airliner.

Image: The wiring defect on 787 was initially found by Japan’s All Nippon Airways (ANA) during pre-flight maintenance of jet at Tokyo airport on 13 August. Photo: courtesy of hitachiota.