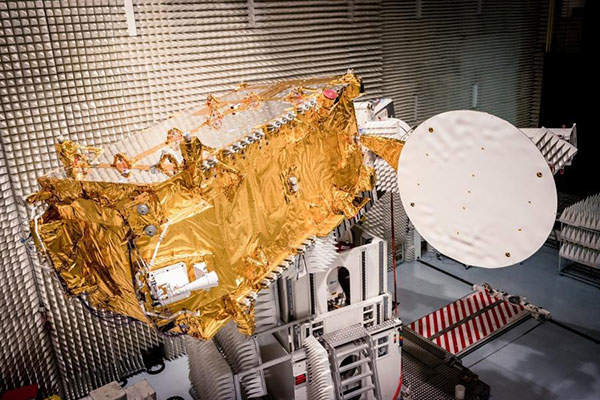 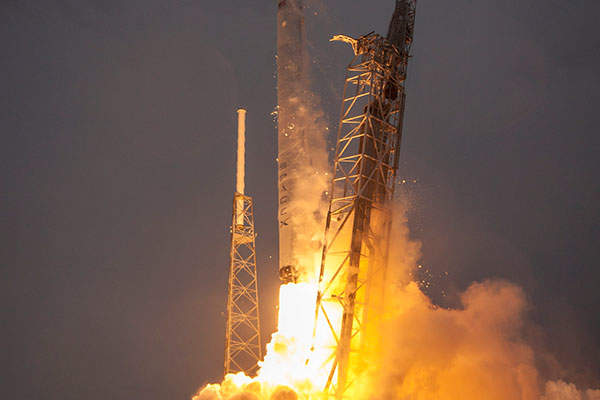 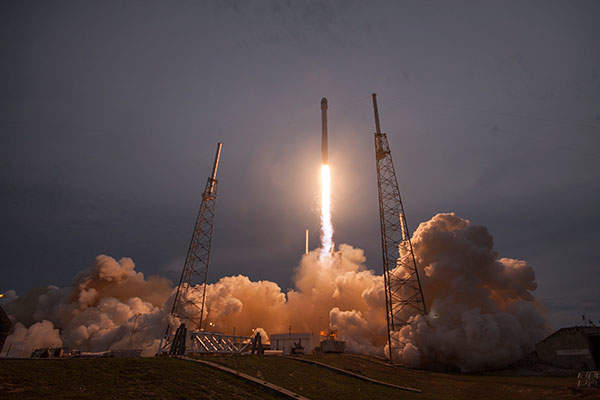 The satellite was lifted-off by a SpaceX Falcon 9 launch vehicle in April 2015 and placed into geosynchronous orbital location of 52° East longitude. It provides reliable and enhanced telecommunications for Turkmenistan and also offers coverage across Europe, Central Asia and Northern Africa.

In November 2011, Thales Alenia Space received a contract from the government of Turkmenistan for the design and production of a telecommunications satellite, TürkmenÄlem 52E, for launch into an orbital slot controlled by the government of Monaco.

The company was also responsible for the construction of ground support equipment for two satellite control stations and delivery of provisional launch services and insurance.

The Turkmenistan Ministry of Communications signed a set of agreements with Space Systems International-Monaco to position TurkmenAlem52E at the Monaco-controlled 52° East SSI-Monaco orbital position. Under the agreement between SES and SSI-Monaco, the former has the rights to commercialise the entire MonacoSat payload of 12 Ku-band transponders on the TürkmenÄlem52E satellite.

The TurkmenAlem52E/MonacoSAT satellite was transported from Thales Alenia Space’s Cannes plant to the Cape Canaveral launch site in Florida, US, in February 2015.

TurkmenAlem52E/MonacoSAT has a launch mass of 4,700kg. It is based on Thales Alenia Space’s SPACEBUS 4000 C2 bus, which offers a design life of more than 16 years. The SPACEBUS 4000 C2 is an extended variant of the proven Spacebus 3000/4000 B-class spacecraft. The satellite incorporates a 3D printed T&C antenna horn mounting strut.

The spacecraft carries 38 active Ku-band transponders. The payload is provided with 10kW of power supplied by deployable solar arrays and batteries. TurkmenAlem52E is the first satellite from Thales to incorporate flexible travelling wave tube amplifiers (TWTA) with adaptable output power.

The telecommunications satellite was successfully launched aboard a SpaceX Falcon 9 launcher from Space Launch Complex 40 at Cape Canaveral Air Force Station, Florida. Falcon 9 is a two-stage launch vehicle designed and built by SpaceX for the safe and cost-effective delivery of satellites and SpaceX Dragon spacecraft into space.

The first stage of Falcon 9 incorporates nine Merlin engines powered by liquid oxygen and rocket-grade kerosene (RP-1) propellant. The first stage generates 5,885kN of thrust at sea level and up to 6,672kN of thrust in vacuum. The second stage is powered by a single Merlin vacuum engine, which develops a thrust of 801kN.

The first and second stages of the launcher were separated after three minutes of entering the trajectory. The second stage lasted for six minutes to reach a parking orbit, fired up for a second time after 26min of flight, and accomplished a one-minute burn. The satellite took approximately 32min after liftoff to enter a geostationary transfer orbit (GTO).

The satellite is operated and controlled from two control centres built and assembled by Thales. The Orbita satellite station in Ashgabat was also installed with equipment for transmission and reception of signals from the TurkmenAlem52E satellite.

The Turkmenistan team, who is responsible for the management and operation of the satellite, received intensive training from Thales Alenia Space engineers.