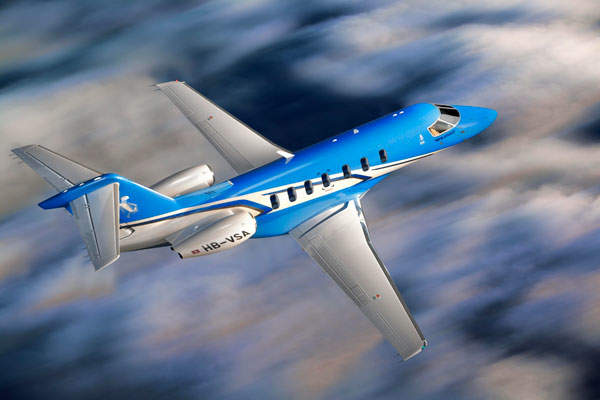 The PC-24 aircraft was unveiled in May 2013. Image courtesy of Pilatus Aircraft Ltd. 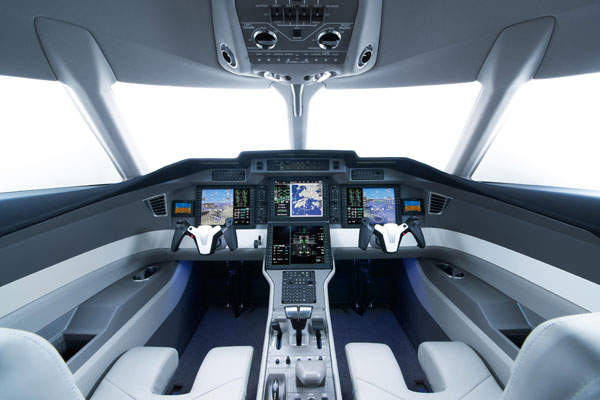 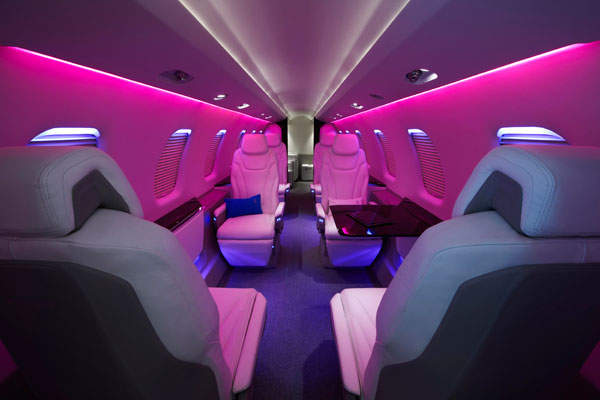 The cabin can accommodate up to ten passengers. Image courtesy of Pilatus Aircraft Ltd. 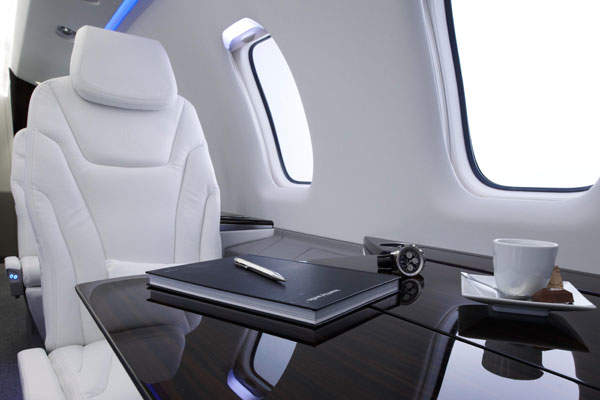 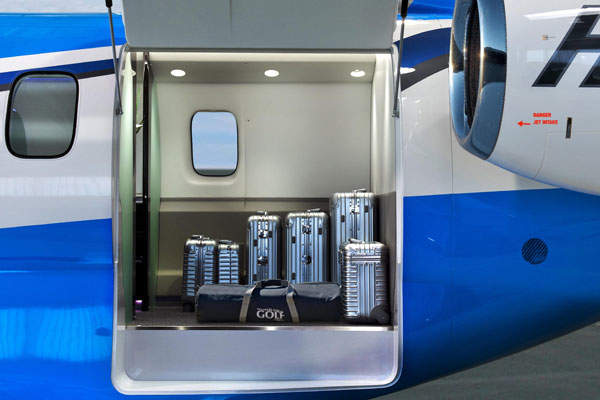 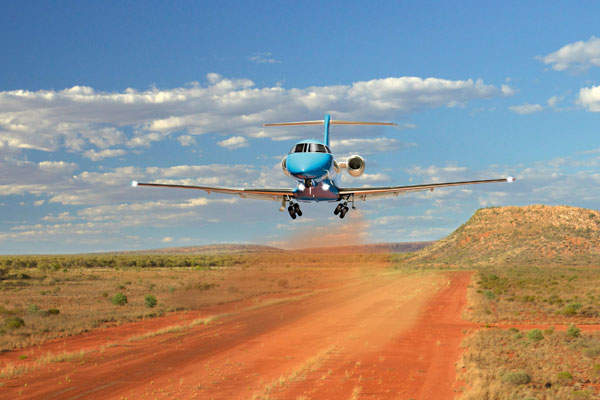 The aircraft has the capability to takeoff and land on unpaved runways. Image courtesy of Pilatus Aircraft Ltd. 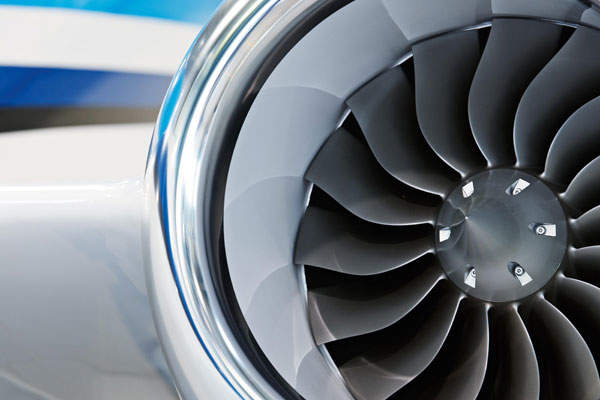 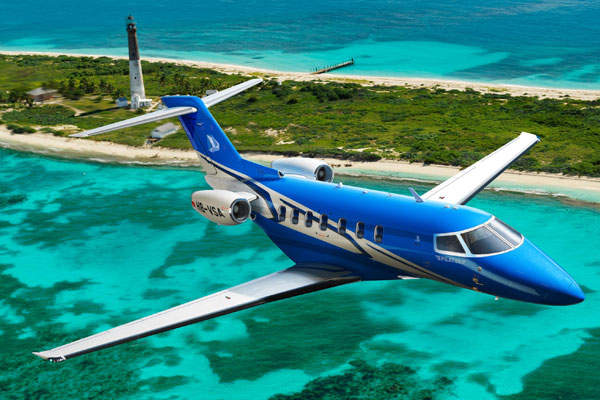 The aircraft has a maximum cruise speed of 787 km/h. Image courtesy of Pilatus Aircraft Ltd.

The PC-24 is a twin-engine business jet developed by Pilatus Aircraft, a Switzerland-based manufacturer. The aircraft was first introduced at the European Business Aviation Convention and Exposition (EBACE) in Geneva in May 2013.

The first PC-24 prototype was rolled-out at Buochs airfield near Stans in August 2014. The maiden flight of PC-24 aircraft was completed in May 2015.

PC-24 is the first business jet capable of landing on very short and unpaved runways. The European Aviation Safety Agency (EASA) and the US Federal Aviation Administration (FAA) awarded certification for use of the aircraft on dirt and gravel runways.

FAA and EASA type certifications were obtained in December 2017. The aircraft parts are assembled and fabricated at Pilatus factory in Stans, Switzerland.

Orders and deliveries of PC-24

Pilatus completed deliveries of more than 30 PC-24 aircraft since its first order.

Jetfly received the first of four PC-24 aircraft in September 2018, with the remaining deliveries scheduled for the end of 2019.

Fir Air Ambulance variant of Pilatus PC-24 aircraft was delivered to Royal Flying Doctor Service of Australia (RFDS Western Operations) in November 2018. The variant is customised to meet the needs of the RFDS and is equipped to carry out medevac operations across Australia.

The Swiss Government placed an order for a Pilatus PC-24 jet in 2014 for use by the Swiss Air Force. The aircraft was delivered to the government in February 2019. Pilatus delivered two PC-24 aircraft to U-Haul International in April 2019.

The PC-24 aircraft features incorporations from previous aircraft versions of Pilatus, but it is more versatile than its predecessor, the PC-12 executive turboprop.

The new aircraft is equipped with a dual main wheels landing gear with the anti-skid braking system. It features a separate cargo door with a height of 4.2ft and width of 4.1ft, and the optimised wing ensures superior short-field performance.

It is made available in different versions to be suitable for diverse purposes such as medical evacuation, cargo, commuter and special missions. It is custom-built for usage on short and unpaved runways.

The medevac variant features air ambulance that is equipped with cargo door and electric stretcher loading device to facilitate easy loading and unloading of patients.

It consists of three patient beds and an additional seat for medical personnel, along with the required medical equipment. Individual oxygen, vacuum and power systems are also installed in the cabin.

The aircraft cabin is fitted with extra-large windows for allowing bright and natural light. The passenger seats possess quick-change capability. The cabin comes with an externally serviced lavatory.

Flight deck and avionics of PC-24

The PC-24 aircraft is fitted with the advanced cockpit environment (ACE) flight deck and avionics system, developed by Honeywell. It integrates four 12-in screens in T-configuration and includes a SmartView synthetic vision system, inertial reference system and graphic flight planning.

“The PC-24 aircraft is fitted with the advanced cockpit environment (ACE) flight deck and avionics system, developed by Honeywell.”

The aircraft is powered by two FJ44-4A turbofan engines manufactured by Williams International. Each engine generates approximately 3,400lbf of thrust. It is equipped with a full-authority digital engine controller (FADEC) system.

The propulsion system provides a range of 3,610km and a maximum cruise speed of 787km/h. The landing distance of the aircraft is 770m and the maximum certified altitude is 13,716m. The rate of climb is around 4,075fpm at sea level.

Contractors and suppliers involved with the PC-24 aircraft development

Secondo Mona was awarded a contract to supply the complete fuel system for the aircraft in July 2013.

Air Comm Corporation provided the environment cooling and heating system for the aircraft in May 2013.

Sirio Panel was contracted to supply, develop and provide support for the cockpit control panels, as well as the external lighting system.

Saint-Gobain was awarded a contract to supply nose radomes made using Norton Armor materials for the aircraft in May 2013.

Challenger 350 is a mid-size business jet which is currently under development by Bombardier Aerospace.