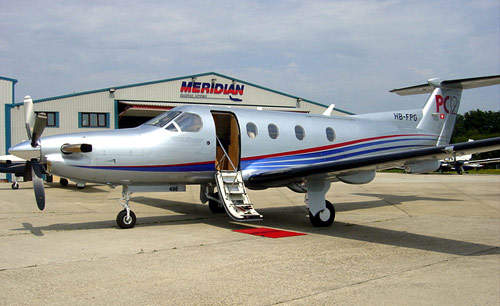 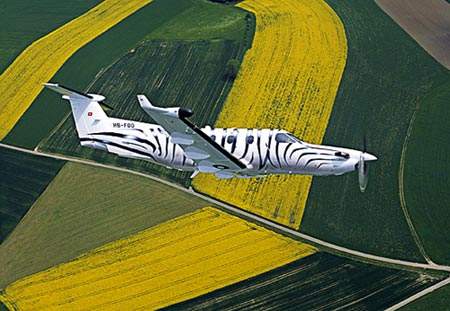 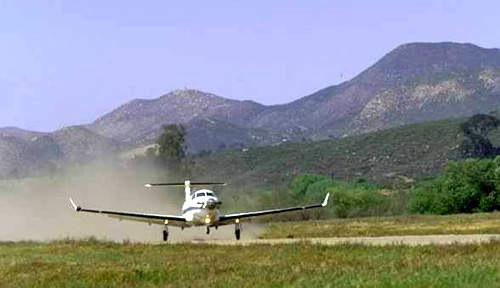 Over 750 PC-12 aircraft are in service worldwide and the aircraft is certified in 20 countries. 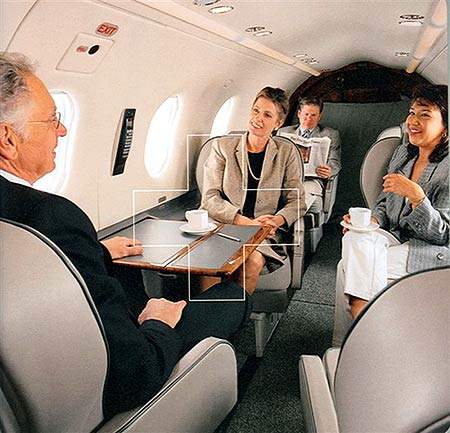 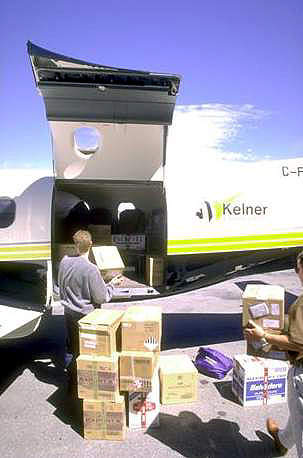 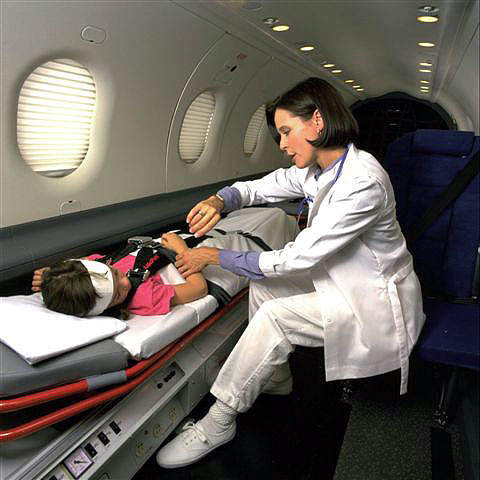 For Medevac, the cabin is fitted for two or three stretcher patients plus medical attendants. 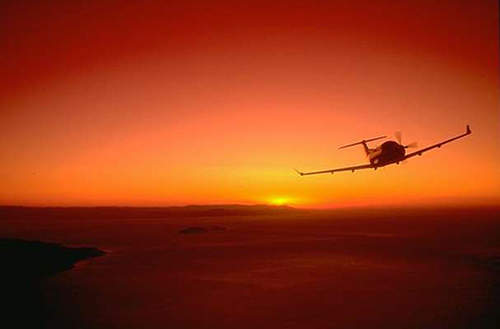 The cruise speed is 500km/hr and the maximum range with visual flight rules reserves is over 3,700km.

The Pilatus PC-12 is a corporate commuter and utility turboprop aircraft. The aircraft’s first flight was in 1991. The aircraft is certified in over 60 countries and almost 1,000 PC-12 aircraft have been delivered.

The aircraft, which seats up to nine passengers, is configured in VIP, business passenger and combined passenger / cargo configurations. The aircraft is also supplied in the PC-12 Spectre variant which is a family of special mission surveillance aircraft with a retractable sensor package in the tail cone. Other special mission options include a utility door that can be opened in flight for dropping supplies or paratroops.

The PC-12 is certified for flight for single pilot commercial instrument flight rules (IFR) operation and for operation in known icy conditions. The aircraft can operate from short fields, grass and unmade runways. The cruise speed is 500km/hr and the maximum range with visual flight rules reserves is over 3,700km.

The aircraft made its first transatlantic flight in March 2007 and received US and European certification in April 2008. The first aircraft was delivered in May 2008. Nearly 200 PC-12 NGs have been delivered since then.

The PC-12 NG flight deck is driven by the Honeywell Primus Apex system. Primus Apex is a sophisticated avionics system that is easy-to-use and enhances the pilot’s situational awareness and ability to fly in today’s ever-changing airspace environment.

Working closely with Pilatus, Honeywell has reduced the amount of hardware and created an intuitive and efficient avionics system focusing on human factors and reduced workload. Pilatus builds each Primus Apex system into an inspired cockpit design created specifically for the PC-12 NG by BMW Designworks USA.

Primus Apex has been developed based on technology available in the Primus Epic system typically found in the most advanced long-range business jets. With a four-screen setup, which includes the optional copilot PFD, displays are laid out in a basic “T” shape, with mirror-image PFDs flanking two MFDs stacked in the centre. The PFDs display flight critical information such as attitude, altitude, airspeed, HSI, as well as engine status and NAV/COM frequencies. The MFDs depict flight plan, moving map, crew alerts, and systems information. They also display Jeppesen charts and datalink weather when the aircraft is equipped with those options.

The brain of Primus Apex is the MAU, which collects information from radios, transmitters, and sensors aboard the aircraft and feeds it to the display units. The MAU was designed for high reliability in air transport applications, using dual redundant hardware and software, and input / output features, and a modular plug-and-play architecture to simplify service.

INAV software, which is contained in every Primus Apex system, is a significant breakthrough and distinguishes Primus Apex from other avionics offerings. Simply put, INAV’s main purpose is to combine navigation and sensor data. Using an intuitive point-and-click menu interface, pilots have the ability to update and modify flight plans, waypoint list and other navigational objects, while INAV merges them with weather, traffic and terrain, as well as airports, airspace, airways, navaids and geopolitical boundaries. Layering all of this information graphically onto one single display provides clear and simple situational awareness.

The 9.34m³ cabin can be configured for six to nine passenger seats. The baggage area is in-flight accessible.

A luxurious executive configuration provides two crew seats, six executive chairs and fitted cabinets and tables. The executive chairs can be arranged for private relaxation or for work with conference style seating for four.

A combi-conversion kit is provided for securing cargo during mixed four- or six-seat passenger / cargo operations. The standard commuter seating or the executive cabin can easily be converted to a combination passenger and cargo layout which provides a large usable cargo area in the aft of the cabin.