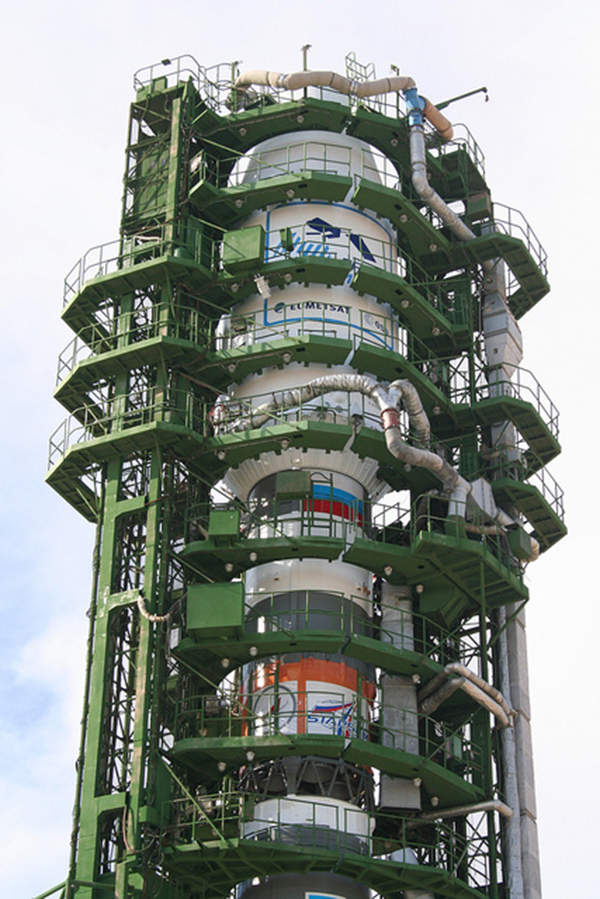 MetOp-B was launched abode Soyuz rocket from the Baikonur Cosmodrome in Kazakhstan. Image courtesy of EUMETSAT. 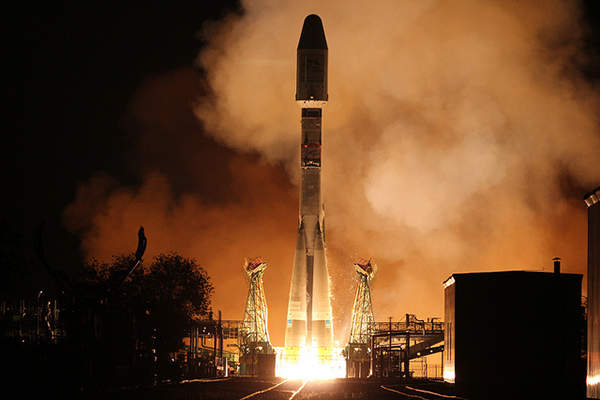 MetOp-B was launched into the orbit in September 2012. Image courtesy of EUMETSAT. 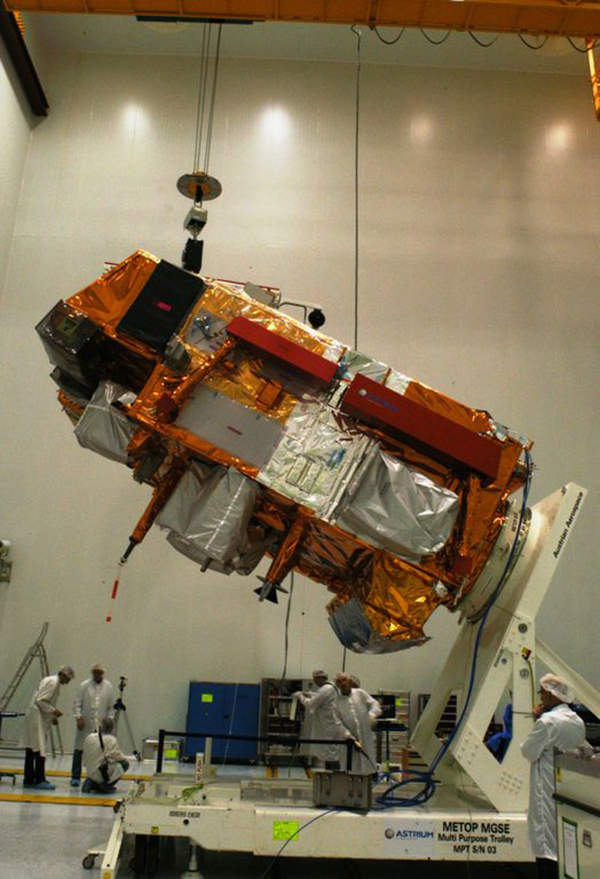 The Goddard instrument team supported Astrium in the integration of the MetOp-B payload module. Image courtesy of EUMETSAT. 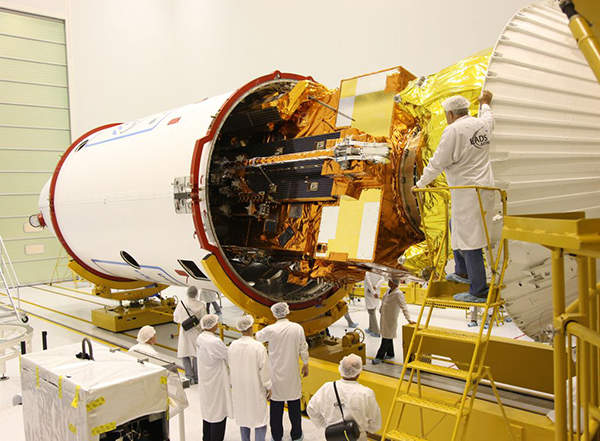 The satellite was designed and built by EADS-Astrium. Image courtesy of EUMETSAT. 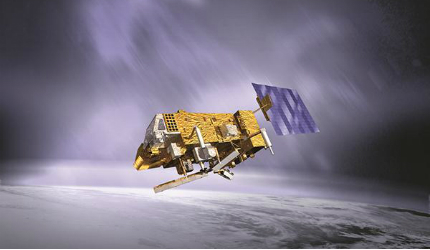 MetOp-B is the largest meteorological satellite to date and was launched into orbit in September 2012. The satellite monitors weather patterns and climate change; it also provides accurate and reliable medium and short-range weather forecasts for Europe.

It was launched abode Soyuz rocket from the Baikonur Cosmodrome in Kazakhstan. Three days after the launch, EUMETSAT took control of the satellite operations.

"MetOp-B is the second in the three polar-orbiting spacecraft series of the MetOp satellite programme intended for weather observations until 2020."

MetOp-B is the second in the three polar-orbiting spacecraft series of the Meteorological Operational (MetOp) satellite programme intended for weather observations until 2020. It is jointly developed by the European Space Agency (ESA) and EUMETSAT (European Organisation for the Exploitation of Meteorological Satellites).

The MetOp-B meteorological satellite was designed and built by EADS-Astrium. It will replace its predecessor, MetOp-A at low-altitude. The new satellite measures 17.6m x 6.6m x 5.2m. It has a liftoff mass of 4,085kg and payload mass of 931kg, with a lifespan of five years.

The Goddard instrument team supported Astrium in the integration of the MetOp-B payload module. The payload was integrated with the spacecraft bus in Toulouse, France. In March 2012, the spacecraft was transported to the launch centre in Baikonur, Kazakhstan.

MetOp-B has 13 instruments onboard, most were built by Astrium at its manufacturing sites located in the Netherlands, UK, Germany, France, and Spain.

MetOp-B will capture weather conditions such as temperature and humidity, and monitor trace gases and ozone levels in the atmosphere. It will also monitor the characteristics of clouds, such as their height and coverage. As with other satellites in the series, it can collect data from weather stations and retransmit distress signals to search-and-rescue terminals on the ground, acting as a communication node.

The satellite sweeps over the Earth at a much lower altitude of 817km once in every 100 minutes at a height of 500 miles. It delivers frequent imagery for very short range forecasting, as well as global observations on numeric parameters to facilitate forecasts as long as up to ten days.

"The satellite was launched on a Russian Soyuz 2-1A vehicle from the Baikonur Cosmodrome, Kazakhstan."

The satellite was launched on a Russian Soyuz 2-1A vehicle from the Baikonur Cosmodrome, Kazakhstan. Its launch and early orbit phase (LEOP) was conducted at the European Space Operations Centre (ESOC), Darmstadt, Germany.

The launch vehicle was manufactured by TsSKB-Progress and equipped with new digital flight control and telemetry systems, as well as updated engines on the booster with improved injection systems.

The command and control of all the MetOp satellites is performed at EPS Control Room located at EUMETSAT Headquarters in Darmstadt, Germany.

Operations of MetOp-B are controlled from the EUMETSAT Polar System (EPS) ground team with coordination from ESA, CNES, and NOAA. An independent back-up control centre is located in Madrid, Spain.