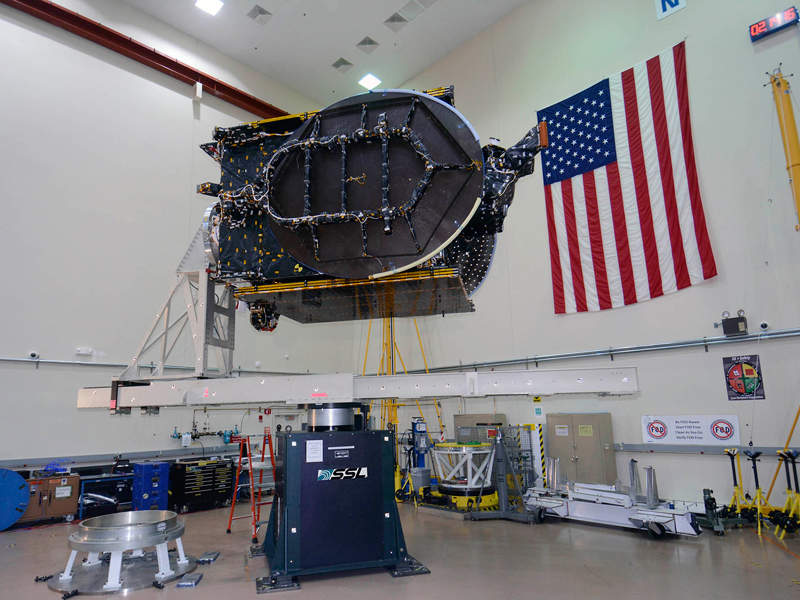 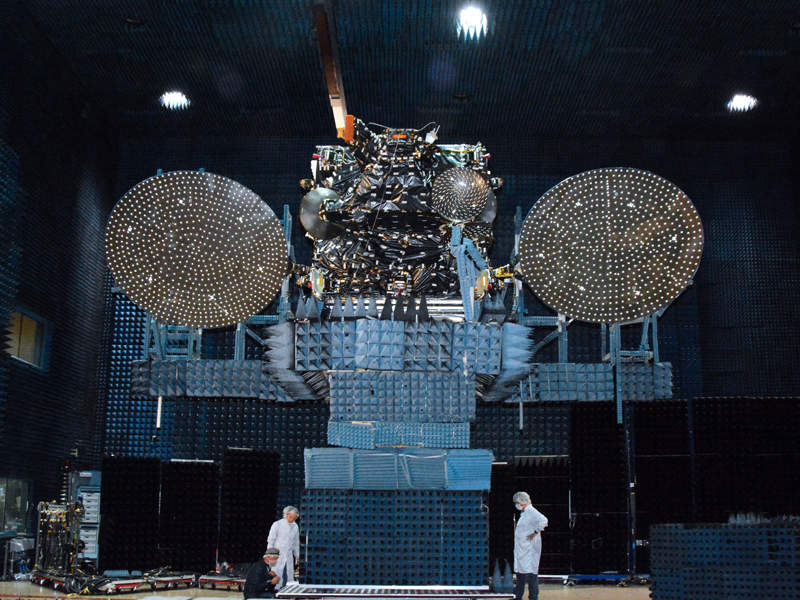 The satellite was manufactured at SSL’s facility located in Palo Alto in California, US. Credit: SSL.

JCSAT-16 is a commercial communication satellite launched into the geostationary transfer orbit (GTO) in August 2016. The satellite was manufactured by Space Systems Loral (SSL) and is operated by SKY Perfect JSAT Corporation.

It was originally intended to be placed at 150°E longitude orbital position to provide backup services for Sky Perfect’s fleet of satellites and deliver expansion opportunities for growing communication needs.

The launch of the Superbird 8 satellite, which is intended to replace the 16-year old Superbird B2, was delayed by two years due to damage on the way to the launch site. JCSAT-16 is expected to replace Superbird 8 at 162°E longitude until Superbird 8 is repaired and launched in 2018. It will provide television programming and data services across Japan and Asia-Pacific.

SKY Perfect JSAT satellite fleet includes JCSAT-14, which was launched in May 2016, and JCSAT-15, which was expected to be launched by end of 2016.

The contract for design, construction, integration, assembly and testing of the JCSAT-16 satellite was awarded to SSL in April 2014. Based on the SSL 1300 platform, the satellite was built at the SSL facility located in Palo Alto, California, US.

The critical design review (CDR) for JCSAT-16 satellite was completed in early-2016. SSL delivered the satellite to the launch site in Cape Canaveral for launch processing and integration in July 2016. It was encapsulated at the Space Exploration Technologies (SpaceX) payload processing facility at Cape Canaveral and successfully launched in August 2016.

Designed for a lifespan of 15 years, JCSAT-16 has a launch mass of 4,600kg and includes two deployable solar arrays, which generate approximately 8.5kW of power in space. It includes a payload of Ku and Ka-band transponders.

The satellite is equipped with a chemical propulsion system for orbit-raising and station-keeping.

“The satellite is equipped with a chemical propulsion system for orbit-raising and station-keeping.”

SpaceX was contracted to provide launch service operations for the JCSAT-16 satellite aboard a Falcon 9 rocket in September 2014. The satellite was launched using a Falcon 9 v1.1 variant.

The satellite was launched by a 229ft-tall, two-stage vehicle, which was powered by ten Merlin-1D engines, including nine on the first stage and one on the second stage. The satellite was separated from the upper stage of the rocket approximately 32 minutes after lift-off.

Based in Japan, SKY Perfect JSAT Corporation is a leading satellite operator in the Asia-Pacific region. The company offers a range of services including video distribution and data transfer communications in Asia, Russia, Oceania, the Middle East and North America. It also operates the largest direct-to-home (DTH) satellite broadcasting platform, SKY PerfecTV, which offers more than 250 channels to approximately 3.4 million households in Japan.

Kratos ISI, a business unit of Kratos Defense and Security Solutions, was awarded a contract to design, supply, deliver, install and test TT&C antenna and associated RF system for the JCSAT-16 satellite in March 2016.