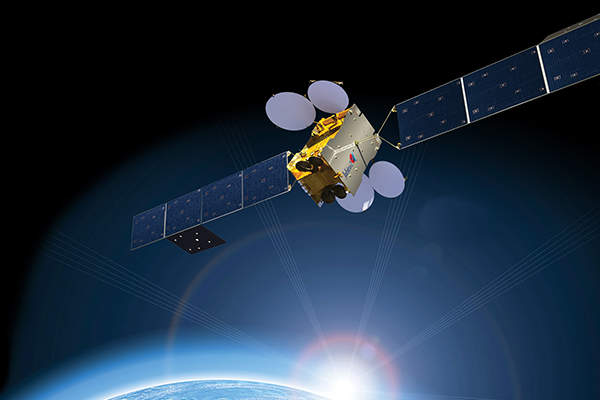 An artist’s rendering of the Jabiru-2 satellite. Image courtesy of NewSat. 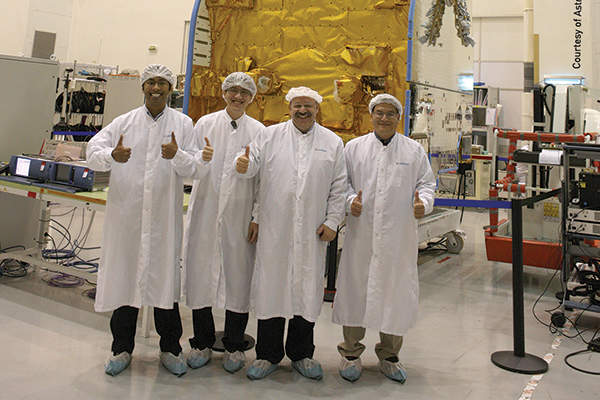 Jabiru-2 satellite was launched in September 2014. Image courtesy of NewSat. 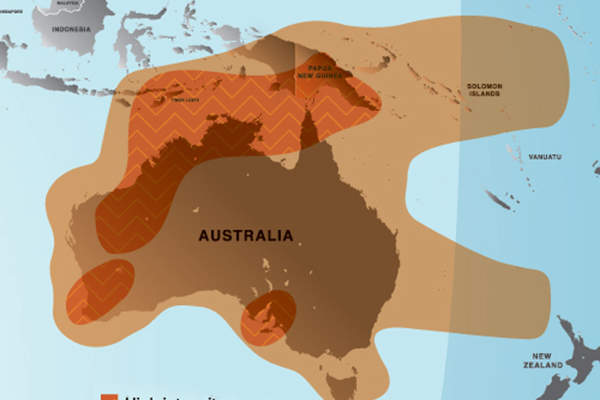 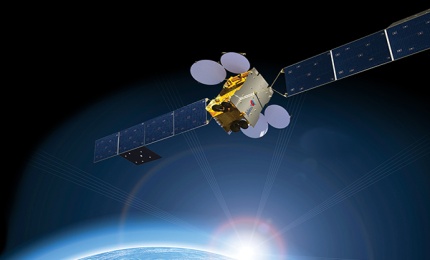 Jabiru-2, a Ku-band communication satellite, was launched into the Geostationary Earth Orbit (GEO) in September 2014.

The satellite is placed at 91.5° east orbital location and operated by NewSat. It provides oil, gas, mining and government customers with business-grade internet, voice, data and video communication services across Australia.

Jabiru-2 is the second satellite in the Jabiru Satellite Programme (JSP), which is intended to provide high-powered Ka-band coverage for high-demand markets across the world. The first satellite in the JSP series is Jabiru-1, and the series will also include Jabiru-3, Jabiru-4 and Jabiru-5 satellites in future.

The Jabiru-2 satellite assembly and design contract was awarded to Astrium (now Airbus Defence and Space). The satellite was built at Astrium’s Toulouse site in France and transported to French Guiana for launch vehicle integration and prelaunch operations.

"Jabiru-2 is the second satellite in the Jabiru Satellite Programme (JSP), which is intended to provide high-powered Ka-band coverage for high demand markets across the world."

The satellite has a 6t launch mass and wingspan of 40m when the solar arrays are deployed in orbit, while the spacecraft can generate approximately 16kW of power during the space mission. It has a designed lifespan of 15 years and a three-axis stabilisation, as well as a linear channel polarisation.

The payload of the Jabiru-2 satellite is based on the Eurostar 3000 platform developed by Airbus. The Eurostar 3000 uses a chemical, bi-propellant propulsion system and an optional plasma propulsion system for orbit raising, as well as on-station manoeuvres. It uses lithium-ion batteries, instead of older nickel-based technologies, to power the spacecraft even during eclipses.

Jabiru-2’s satellite payload was hosted by MEASAT-3b, which was launched in September 2014. The MEASAT-3b satellite was launched aboard the Ariane 5 designated flight VA218, and the launch services were provided by Arianespace. The launch was performed from the European spaceport located at Kourou, French Guiana.

NewSat is an Australian satellites solutions company that offers a full range of managed satellite communication services for governments, corporations and private enterprises. The company operates Jabiru fleet satellites from two teleports located in Perth and Adelaide, which collectively house 23 antennae to provide up-link for 12 satellites. Both teleports include round-the-clock network operation centres.

NewSat entered into an $11.7m contract with a global satellite systems integrator in July 2014 to supply Jabiru-2 satellite transmission capacity over Australia, Papua New Guinea, Timor Leste and the Solomon Islands. The three-year contract has an option for a two-year extension.