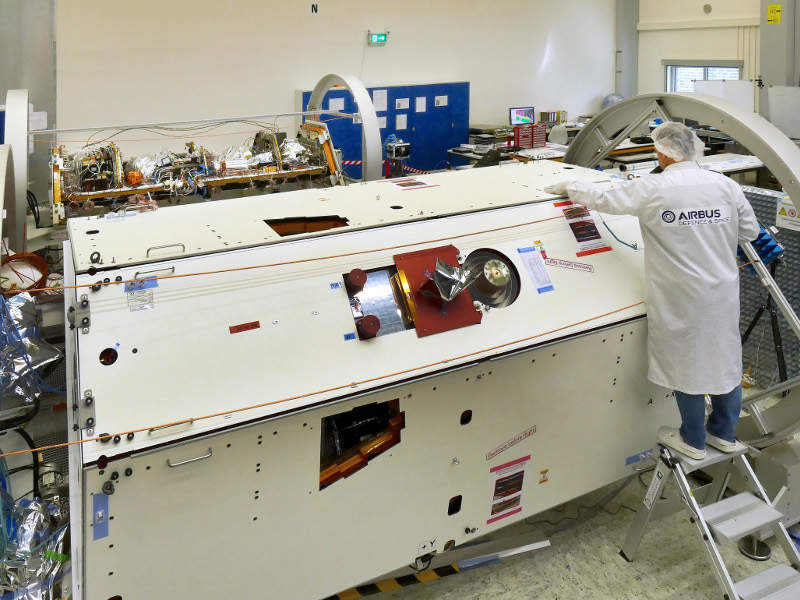 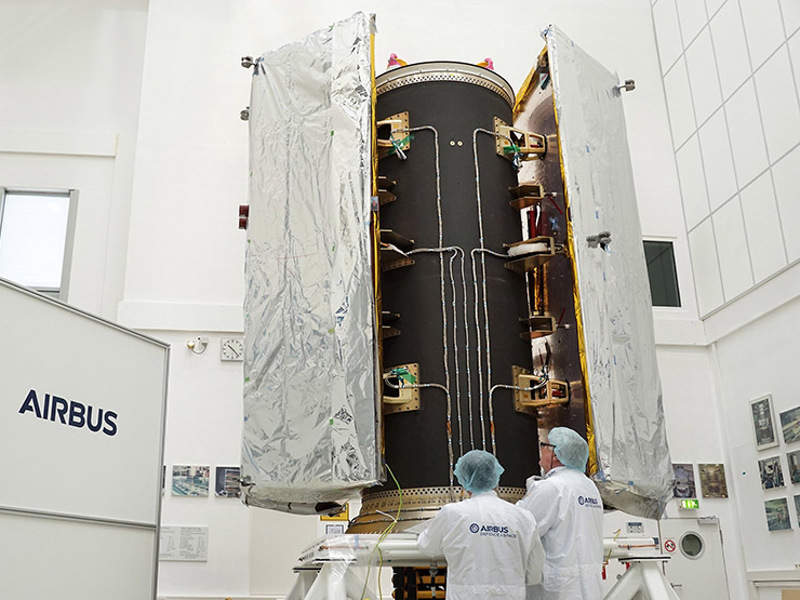 The satellite dispenser of the GRACE-FO Mission. Credit: Airbus.

Gravity Recovery and Climate Experiment Follow-On (GRACE-FO) is a successor to the GRACE mission.

The GRACE-FO mission was launched by Nasa’s Jet Propulsion Laboratory, in collaboration with the German Research Centre for Geosciences (GFZ). It replaced the GRACE satellites, which ended their science operations in October 2017, after completing 15 years of service.

The follow-on mission employs a similar microwave ranging system as the GRACE mission and has two identical satellites orbiting the Earth. It ensures the continuity of services provided by the previous mission.

The successor satellites were launched on-board the SpaceX Falcon 9 rocket from Vandenberg Air Force Base, California, US, in May 2018.

The data obtained from the GRACE-FO satellites is used to gain deep insights into the underground water resources, variations in gravitational field, and glaciers spread across the planet.

The GRACE-FO mission will last for five years and provide an updated measurement of Earth’s gravitational field by generating a new map every 30 days.

Each satellite also creates up to 200 profiles a day of temperature diffusion and water-vapour content in the atmosphere and the ionosphere. The satellites simultaneously capture day and night sides of the Earth.

Airbus Defence and Space was awarded a contract for the development and production of the GRACE-FO twin satellites.

The satellites were constructed at Airbus’ facility in Friedrichshafen, Germany. Each satellite has a launch mass of 600kg.

“The GRACE-FO mission will last for five years and provide an updated measurement of Earth’s gravitational field by generating a new map every 30 days.”

The spacecraft have undergone several operational testing activities that simulate the conditions to be encountered during the launch and in the lower Earth orbit. The tests were carried out at the IABG test centre located in Ottobrunn, Germany.

The satellites are equipped with advanced technologies, including a microwave ranging system complemented by the global positioning system (GPS) technology, and a highly sensitive accelerometer to measure the forces experienced by the satellites while orbiting.

The microwave ranging system enables the accurate measurement of the distance between satellites up to one micron. The spacecraft also leverages high-frequency services of the laser-ranging interferometer to enhance exactness in measurements of separation distance.

The use of laser interferometer enables the satellites to identify the exact angle between them and also measure the distance by which they are separated.

The accelerometer on-board the satellite analyses the external forces that influence the satellite. The measurement allows scientists to compensate the drag or solar pressure in addition to the gravity.

The combination of advanced technologies in measurements of location, force and orbital change will result in a high degree of accuracy of gravity observation.

The laser, cavity assembly and ranging processor for the GRACE-FO satellites were provided by Nasa, while GFG was responsible for the measurement optics and steering mirror assembly along with instrument integration and testing.

The GRACE-FO satellites were ejected into a polar orbit at an altitude of 500km and at a separation distance of 220km. The satellites can orbit the Earth from pole to pole within 99 minutes.

The mission operations are controlled by the ground station complexes located in Germany, Canada, and the Antarctica. The flight engineers in the complex control the movement of the satellites if the separation distance is more than 250km, otherwise, the satellites will operate autonomously.