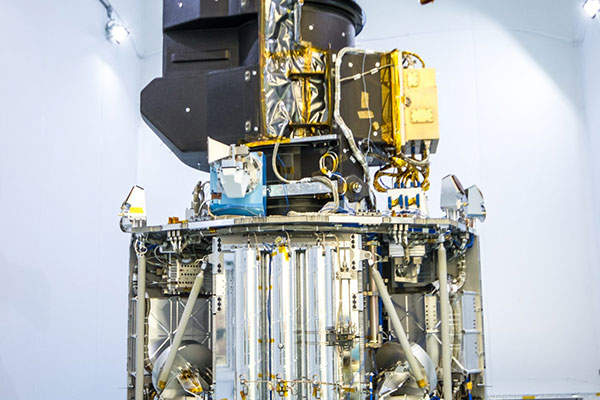 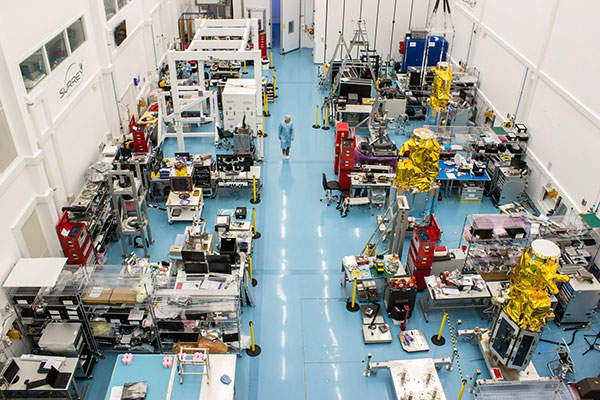 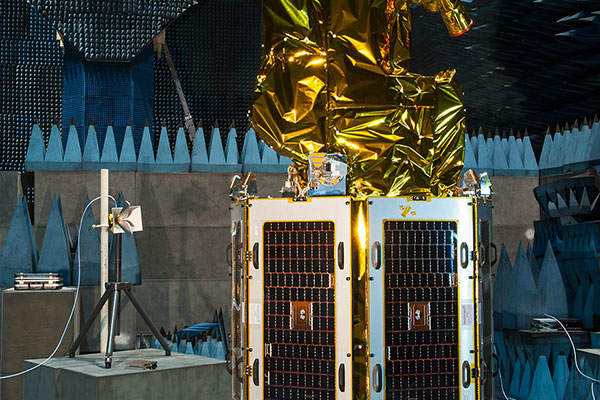 One of the SSTL 300 S1 satellites undergoing testing. Credit: SSTL. 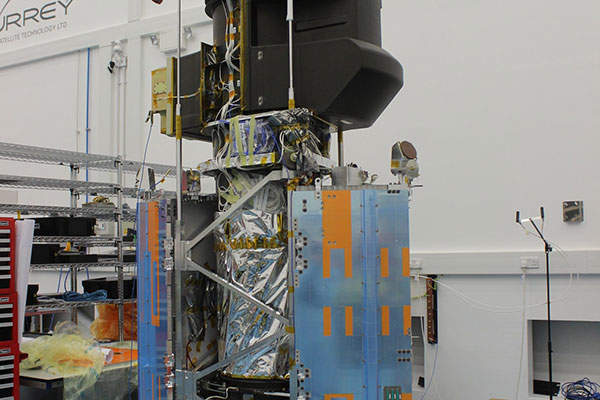 The satellites are placed 120° apart from each other in a single low-earth orbit (LEO). The constellation is capable of providing images of any object on the Earth’s surface.

The DMC3 satellites can be used to conduct surveillance, security, national and urban mapping, as well as agricultural monitoring, precision farming and orthographic mapping. They are capable of capturing different types of imagery, including terrain mapping, and strip and mosaic imaging for broad spheres.

The payload fairing of the PSLV was modified to house the three 3m-high DMC3 satellites. A round launcher adaptor (L-adaptor) and a trilateral platform known as multiple satellite adapter-version 2 (MSA-V2) were designed by ISRO for placing the satellites inside the launch vehicle.

“The satellites deliver sub-metre imagery while retaining the mission performance and reliability of the existing base platform.”

The SSTL 300 S1 is the latest version in the series of highly-capable SSTL 300 platforms. The satellites deliver sub-metre imagery while retaining the mission performance and reliability of the existing base platform. They are designed for a mission life of seven years and are suitable for commercial, civil and security applications. Each satellite weighs 350kg.

The earth observation satellites offer panchromatic imagery and multi-spectral imagery with a ground sample distance (GSD) of 0.75m and 3m respectively. The spacecraft also feature high-speed downlink capabilities and 45° fast slew off-pointing capability. The swath width of the satellite is 17km. The satellite is powered by Xenon propulsion system.

“The SSTL-300S1 satellite is fitted with a VHRI 100 very high-resolution imager and a 32GB high-speed data recorder.”

The SSTL-300S1 satellite is fitted with a VHRI 100 very high-resolution imager and a 32GB high-speed data recorder. Each satellite has 256GB non-volatile storage and X-Band downlink with transmission rates of up to 400Mb/s. The antenna-pointing mechanism aboard the satellites tracks ground station network during spacecraft slews and imaging.

The satellites are three-axis stabilised and are equipped with wheels, star trackers, magnetometers, sun sensors and torque rods for altitude control. The payload is supplied with power from a 480W/hr lithium-ion solar panel system.

The three DMC3 satellites were launched into a 651km sun-synchronous orbit (SSO). The total lift-off weight of the five satellites was 1,440kg.

PSLV-C28 is a four-stage rocket powered by solid and liquid propellants. It is a high-end version of PSLV (PSLV-XL) and is the ninth flight of PSLV in ‘XL’ configuration. The launch vehicle has a height of 44.4m and a lift-off mass of 320t.