Northern and Southern Africa, Eastern Europe and the Middle East 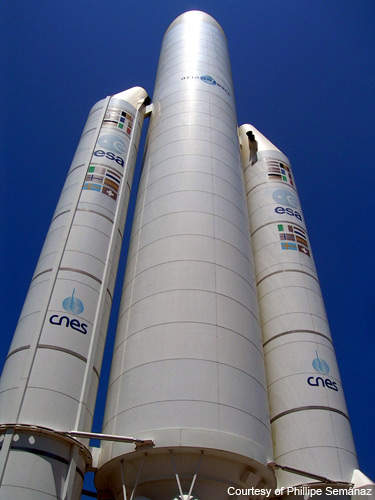 HYLAS-2 was launched aboard the Arianespace Flight VA208 vehicle in August 2012.

The Ariane 5 ECA (Cryogenic Evolution type A) variant was used for launching Intelsat 20 and HYLAS-2 satellites. 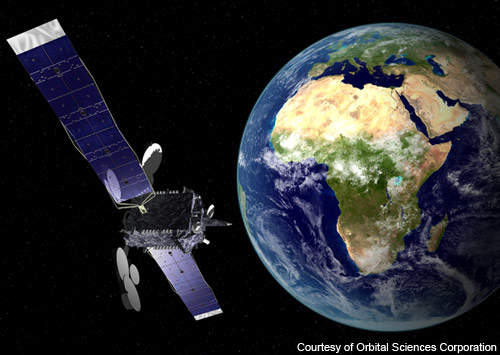 HYLAS-2 has the capacity to serve around one million broadband customers and has a design life of 15 years. 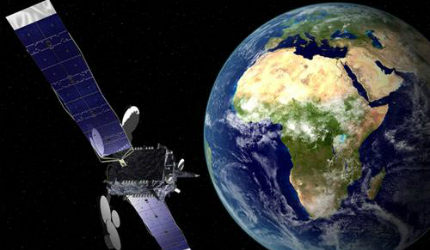 HYLAS-2 is a broadcasting satellite, principally used for providing high-power direct-to-home (DTH) and digital broadcasting services to Europe, the Middle East and Africa.

It is part of the HYLAS series of highly adaptable satellites. It was launched into geosynchronous transfer orbit (GTO) through the Star-2 platform on the piggyback of the Ariane 5 launch vehicle in August 2012. In-orbit testing was completed in September 2012 and operational control was handed over to Avanti.

Avanti raised £86m of funds through equity shares to fund the project. It paid another £194m to Orbital Science Corporation through the Export-Import Bank of the United States (Ex-Im Bank of the US) and COFACE of France, which acted as the export credit agencies (ECA) for the project.

The Ex-Im Bank of the US paid £194m to Orbital Science Corporation, while COFACE acted as the guarantor to Avanti.

"The satellite has been designed for a lifespan of 15 years."

HYLAS-2 is the 17th satellite to be developed by the Orbital Science Corporation. The satellite has been designed for a lifespan of 15 years. It weighs around 4,000kg at launch and consumes 5kW of power.

The satellite was derived from its predecessor, HYLAS-1, which is a geostationary communication satellite developed by EADS Astrium. HYLAS-1 was launched in November 2010 and was the first super-fast broadband satellite launched in Europe.

HYLAS-2 has the capacity to serve around one million broadband customers. The satellite provides 8,280MHz of bandwidth, whereas its predecessor HYLAS-1 offers only 3,000MHz. The HYLAS-2 is able to provide Avanti’s customers with more capacity when HYLAS-1 reaches its full bandwidth consumption.

HYLAS-2 is a digitally channelised transponded satellite, which enables it to provide communication capacity, connectivity and flexibility.

Micro Satellite Applications in Collaboration is the name given to the BNSC small satellite programme, which was announced in December 1999 with $20.6m support by BNSC.

A total of 24 active Ka-band transponders installed in the satellite can be connected to four gateway beams, namely Northern and Southern Africa, Eastern Europe and the Middle Eastern areas. The satellite has fixed and steerable beams of high efficiency, principally suited for DTH applications.

The Star-2 bus is equipped with a MIL-STD-1553B flight processor, which processes ground communication. It can accommodate over 500kg of payload and offers more than 5kW of power.

"HYLAS-2 has the capacity to serve around one million broadband customers."

HYLAS-2 was launched using the Arianespace Flight VA208 vehicle manufactured by Arianespace, France. The satellite was launched along with Intelsat 20 from the Guiana Space Centre, Europe’s Spaceport in Kourou, French Guiana.

The Ariane 5 ECA (Cryogenic Evolution type A) version was used for the launch, which can transport payloads weighing up to 9.6t into geostationary transfer orbit.

The satellite is controlled by four operational centres in Northern and Southern Africa, Eastern Europe and the Middle East, using ground equipment hardware and software. A global satellite configuration and control element (GSCCE) is used to control and track the satellite using a telemetry tracking and command links (TT&C) system.

The ground control station is manufactured by Orbital Science Corporation and installed at international customer sites. The TT&C system is a technology primarily used to track and control the satellite when deviating from its orbit. Communication between the satellite and ground station takes place through the bandwidth allocated to service provider.